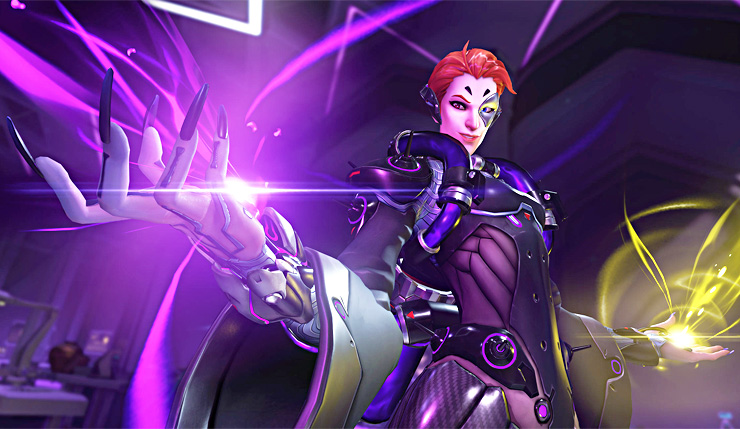 BlizzCon 2017 is currently in full swing at the Anaheim Convention Center, and Blizzard used the show’s opening ceremonies to reveal a ton of new Overwatch goodness. We got a look at a new character, map, and a moving Reinhardt animated short.

First up, we have the new hero, Moira. She’s essentially Mercy’s dark counterpart – she’s a healer, but she’s got an edgier look, and is a former member of the shadowy Blackwatch division. Here’s Blizzard’s official overview of Moira’s abilities:

Moira’s biotic abilities enable her to contribute healing or damage in any crisis. While Biotic Grasp gives Moira short-range options, her Biotic Orbs contribute longer-range, hands-off damage and healing; she can also Fade to escape groups or remain close to allies in need of support. Once she’s charged Coalescence, Moira can save multiple allies from elimination at once or finish off weakened enemies.

No word yet on when Moira will hit PTR, but expect her to be a bit controversial (just like almost all new Overwatch characters). Overwatch director Jeff Kaplan outright joked her name should be spelled “OPAF.”

The new map, Blizzard World, is a theme park packed with references to every other Blizzard property, from StarCraft to Lost Vikings. Blizzard World is a hybrid map, part Assault, part Payload, and is scheduled to go live in early 2018. The map will hit PTR “very soon.”

What do you think about the upcoming Overwatch additions? I’m not sure I’m in love with Moira yet, but the new Blizzard World map looks like a lot of fun.