Overwatch Director Explains Why The Game’s Loot Boxes Get a Pass, While Others Don’t 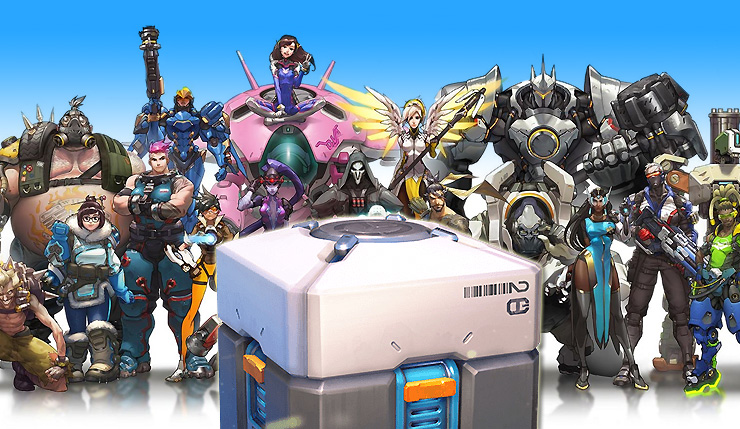 Why do Overwatch’s loot boxes get a free pass from fans? It’s a bit odd to see games like Star Wars Battlefront II and Middle-earth: Shadow of War lambasted for including loot boxes, while the game that popularized the mechanic largely skirts controversy.

In a recent interview with PCGamesN, Overwatch director Jeff Kaplan tried to explain why Overwatch’s loot boxes work, while so many others don’t. At the most basic level, it comes down to two important things.

“There were a couple of core philosophies that were very important to the team when creating our loot box system. One was that it had to be a very player-centric system. As players ourselves we don’t want any sort of power increase in our system. We wanted the system to be purely cosmetic, so that was one of the core philosophies.

The second was that we wanted every item that was available in the loot boxes to be obtainable in some way that didn’t have anything to do with luck, so we [compensated players for duplicates], and di the credit system, and the unlocks. That way, if you ever felt like ‘There was that Junkrat skin that I’ve always really wanted but I don’t seem to ever pull it out of the loot box’, that you had an avenue of obtaining that that wasn’t loot box driven, or random driven.”

Kaplan stressed the importance of listening to fans…

“The other reason that our loot box system has been successful so far is we try to listen to our players as much as possible. They’re very vocal when they’re unhappy about things. An example is the first Summer Games event, where you couldn’t get the items for credits, and our players said ‘Hey, that’s not cool, we’d really like to get the items for credits.’ So, as soon as that event ended, we added the ability for the next event. Then, shortly after the Anniversary event, we made it so that duplicates were far rarer in the loot boxes. I can never say that duplicates don’t exist, because we don’t have infinite content, so at some point a duplicate will exist. But we were hearing feedback during the Anniversary event like ‘Hey, these duplicates aren’t really cool, what can you do about it,’ and we made a change.

So, we’re hoping to show players that we play the game too: we’re involved in a dialogue with them, we’re happy to make changes, the system’s cosmetic-only, and you can obtain everything in the loot boxes through other ways. That’s what's stayed important to us.”

Another crucial thing that Kaplan doesn’t mention, is that Overwatch was built for loot boxes from the ground up. Grinding for randomized goodies just feels like a natural part of the game. So, keep things cosmetic, provide non-loot box unlocking options, don’t bolt boxes onto games that don’t support them, and, above all else, listen to the fans. Those are pretty simple rules. Hopefully more publishers start following them after the mess that was 2017.

Overwatch is available on PC, Xbox One, and PS4, and is currently in the midst of its Winter Wonderland 2017 event.