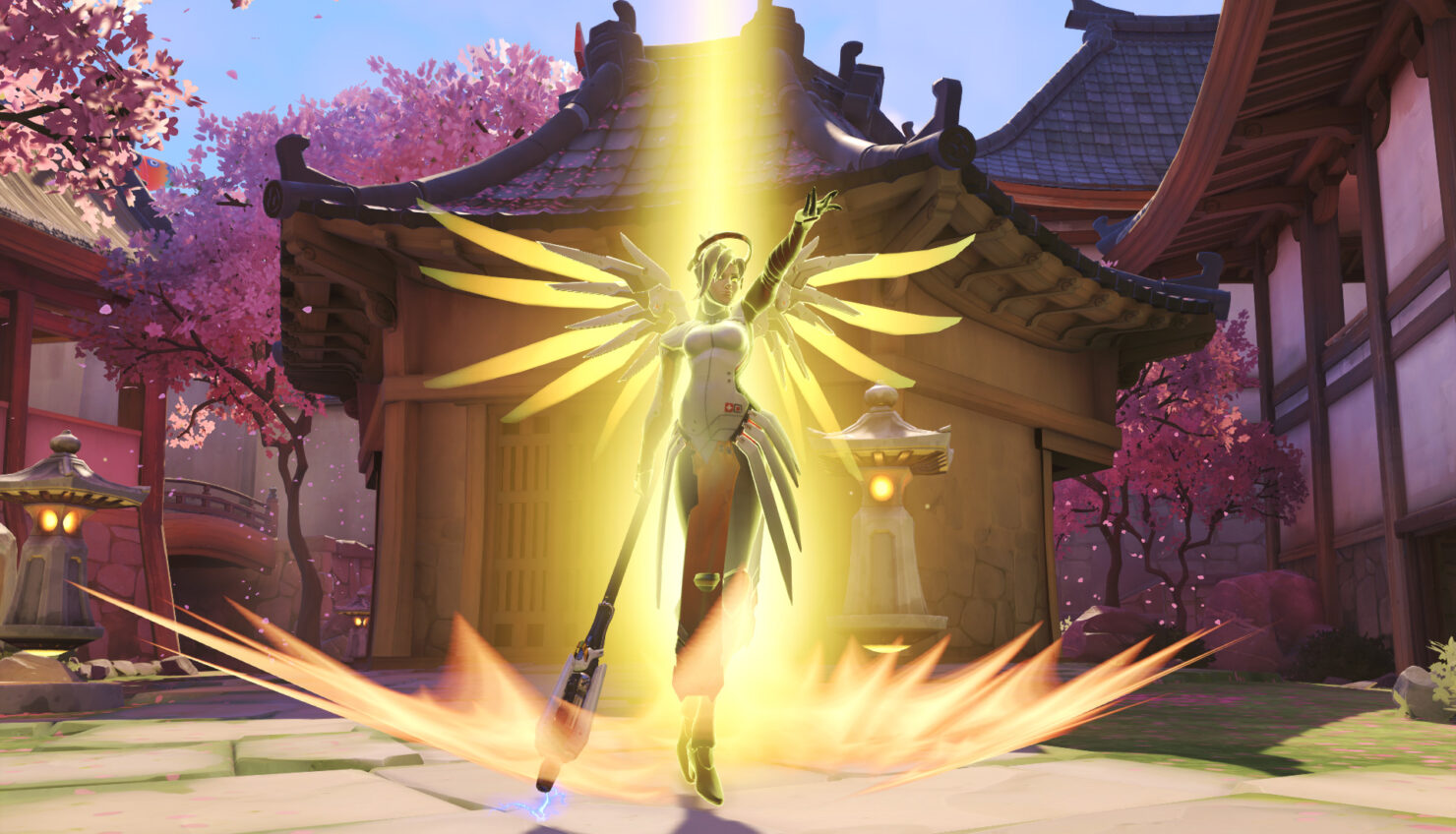 Overwatch, the recently released new game from Blizzard, received a brand new update on PC this week, introducing a variety of features as well as the Competitive Play mode. The new update also included some undocumented changes for Mercy, but it seems like these changes, which heavily influence the character, weren't intentional.

Following the patch's release, several Overwatch players, including reddit user DongLord5000, have noticed some important changes for Mercy that actually make the character way less effective than before.

Prior to this patch, when healing/damage boosting an ally, you didn't need line of sight or to be facing your current stream target to switch to the other stream. Now, if you want to change streams on your current target, you need to reacquire the target completely.

No longer can you smoothly switch the stream while also watching the rest of your team's health bars, you have to A) turn back to face them B) temporarily 'break' the stream, rather than smoothly switching from one to the other C) come out of cover, if you happen to be hiding and D) pray that another ally doesn't get between you and your target, because they'll steal your stream focus.

All in all this makes playing Mercy much less smooth and therefor less enjoyable for me, and the fact that it wasn't in the patch notes has my jimmies quite rustled. Perhaps it was unintentional?

Following the initial reports, Community Manager Lylirra finally confirmed on the Overwatch official forums that the changes weren't intentional. Designer Geoff Goodman also stated that the team is currently working on a fix, so things should get back to normal in the near future.