Overwatch’s Newest Addition Echo Can Transform into Any Other Hero, Available on PTR Now 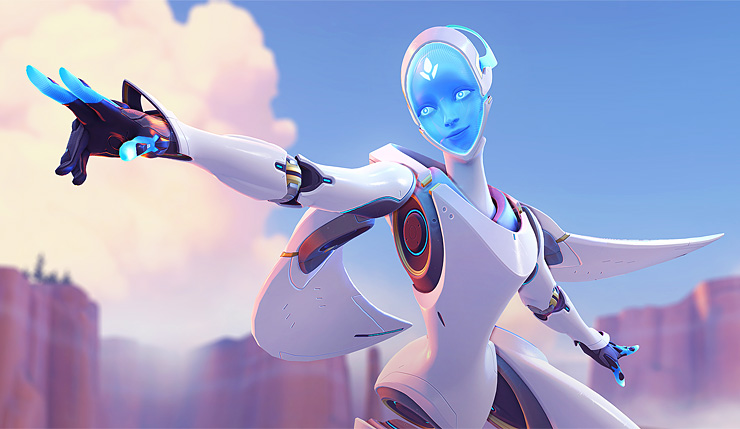 Earlier this week, Overwatch revealed their 32nd hero would be the long-teased “evolutionary robot” Echo, and now we know how the new addition will actually play. Echo sounds pretty powerful (almost too powerful) as her ultimate allows her to transform into anyone on the enemy team, gaining all their abilities, including their ultimates. So yeah, that’s going to be tough to combat! You can check out Overwatch Jeff Kaplan’s full rundown of Echo, below.

Here’s a quick overview of Echo’s backstory and abilities:

To chart the origins of the Echo project, it is important to delve into the personal history of Singaporean scientist Dr. Mina Liao. She worked on the team that was responsible for the design and creation of the omnics that would ultimately wage war against humanity during the Omnic Crisis. Ultimately, it was this expertise that led her to be recruited into Overwatch to help stop her creations.

Even that catastrophe was not enough to dissuade Liao of her firmly held belief in the potential artificial life and its power to transform the lives of humanity for the better. She dreamed of improving upon the original omnic designs. These theories would become the foundation of the Echo project. However, due to Overwatch’s restrictions on artificial intelligence research and development after the Omnic Crisis, Liao was forced to limit Echo’s capabilities.

However, the truth was that Liao had programmed Echo with a powerful, general artificial intelligence that learned by observation. After thousands of hours in the scientist’s presence, much of Liao’s behaviors (including her speech), were adopted by the Echo robot. When Liao was killed in attack on an Overwatch facility, Overwatch’s leadership was reluctant to continue pursuing such a dangerous project, and all development on Echo was shut down, and the robot was placed into quarantine.

Overwatch is available now on PC, Xbox One, PS4, and Nintendo Switch. Testing of Echo has begun on the Overwatch PTR – no word on when the new hero will be available to the masses, but the process usually takes a couple weeks.