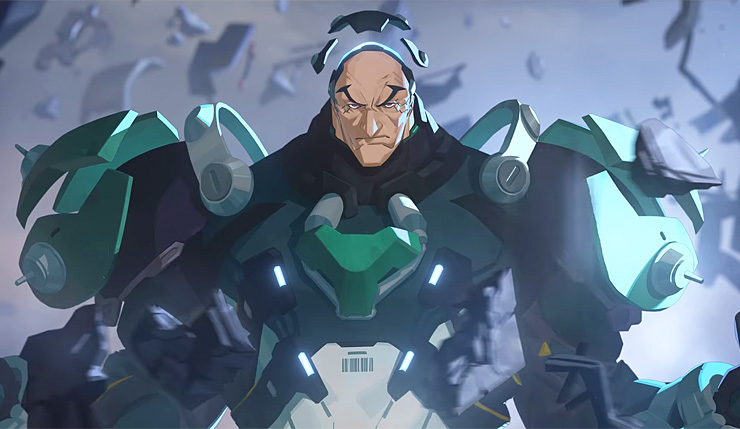 After a weekend of cryptic teases, Blizzard has unveiled the 31st hero for Overwatch. Really, I should say “villain” rather than “hero,” as Sigma falls pretty squarely into the classic mad scientist archetype. After an attempt to tap into the power of black holes goes badly awry, Sigma finds he’s gained the power to control gravity...and lost his mind. You can check out a trippier-than-usual origin trailer for Sigma, below.

The 31st Overwatch hero, Sigma is a kind and brilliant scientist who has been irreparably changed by an experiment gone wrong, gaining the ability to manipulate gravity in the process. During that tragic experiment Sigma sustained serious psychological damage, deemed a threat to humanity and locked away for years in a secret government facility. He was eventually freed by Talon and used as a living weapon.

Update: Sigma is now available for testing on the Overwatch PTR. Here's a rundown of his abilities:

There’s quite a bit going on in the world of Overwatch at the moment -- the annual Summer Games event is in full swing and Blizzard recently began testing the game’s somewhat controversial new Queue System that locks teams into a specific lineup (2 damage, 2 support, 2 tank). You can get details on the latest PTR patch, right here.

So, what are your thoughts on the new character? I don’t expect Sigma will be as popular with the fan art community as some other recent additions, but his gravity-control powers do sound promising. Overwatch could also use some more strong villains, and Sigma seems like a quality twisted bad guy.

Overwatch is available now on PC, Xbox One, and PS4.