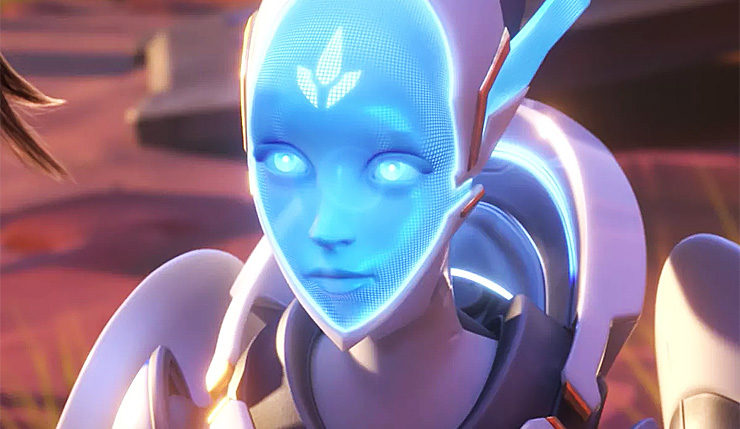 When Blizzard officially unveiled Overwatch 2 this past weekend at BlizzCon 2019, there was something largely missing from the cinematic and gameplay trailers – new characters. Blizzard has already confirmed the game will be launching with far fewer new heroes than the original Overwatch, but now we may know a bit more about what we’re getting courtesy of Game Informer.

First off, the only confirmed addition is the new Canadian Hero Sojourn, although GI hints the mysterious Echo will also be added. Now, here’s where things get a bit more interesting – GI visited Blizzard headquarters prior to the Overwatch 2 reveal and was shown a PowerPoint that included a slide feauturing silhouettes for four new Heroes. Apparently, three of the four silhouettes appeared to be female (with Sojourn and Echo we could be looking at a lady-heavy new team).

GI didn’t get a good look at all the shadowy characters, but one of them appeared to be “a male holding a crooked staff” hinting he was a  perhaps “a wizard, warlock, or voodoo priest.” The other Hero they got a good look at appeared to be a short-haired woman with some sort of pet resembling a fox, and a “giant four-sided weapon […] somewhat similar to the shuriken used by Yuffie in Final Fantasy VII.” Sounds like  Overwatch 2 might be going in an interesting new direction with its Hero designs, although maybe our GI reporter just had fantasy stuff on the mind when looking at the PowerPoint.

We still don’t know how many new Heroes we can expect at the launch of Overwatch 2 – were the four silhouetted characters in addition to Sojourn and Echo? If so, we could see up to six fresh Heroes, which kind of feels like the bare minimum for launching a new game.

Overwatch 2 is coming to PC, Xbox One, PS4, and Nintendo Switch. What kind of new heroes are you hoping to see?