Oppo might not have shown the public any of its smartphones or tablet during Mobile World Congress 2016, but what it did show was something that would surpass Quick Charge 3.0’s charging capabilities. Let us take a look shall we. 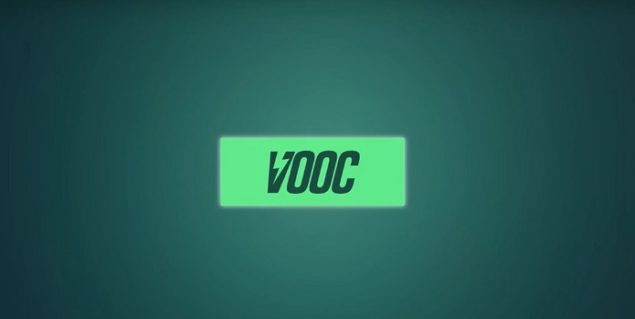 Oppo Super VOOC Can Charge Your Entire Smartphone’s Battery In Just 15 Minutes – How Is Your Expensive Charger Looking Now?

During MWC 2016, Oppo displayed its Super VOOC technology, which is capable of charging smartphones from 0-100 percent in 15 minutes. That is extremely impressive considering Qualcomm’s Quick Charge 3.0 tech is unable to charge devices that fast. Unfortunately, the charging technology is still is testing phase so it is not possible to see the latest handsets sport this tech, at least this year. There is going to be another drawback of witnessing Oppo Super VOOC in action. We have a hunch that the smartphones manufactured by Oppo are going to have special circuits and will be bundled with special chargers capable of being compatible with Super VOOC.

If other devices are plugged in, they will take the same amount of time it takes for a regular smartphone to be charged. In short, it looks like Super VOOC will remain exclusive to Oppo devices only. During the live demonstration, the company showcased a 2500mAh battery packed into a smartphone, and it was being fed with a constant 5V connection. After just 5 minutes of being plugged in, the device reached 45 percent of its overall charge capacity, indicating that the company must have invested a great deal in getting this technology out into the open, despite the fact that it is still limited to its devices.

Oppo has not clarified when its Super VOOC technology can be witnessed amongst consumers but stated that smartphones incorporated with microUSB and Type-C USB ports will both be compatible with it. Battery technology is evolving at a very slow pace and in order to combat this, manufacturers are incorporating extremely large capacities to mitigate this issue. While their efforts are highly commendable, it is high time that smartphone batteries got better, and not bigger. 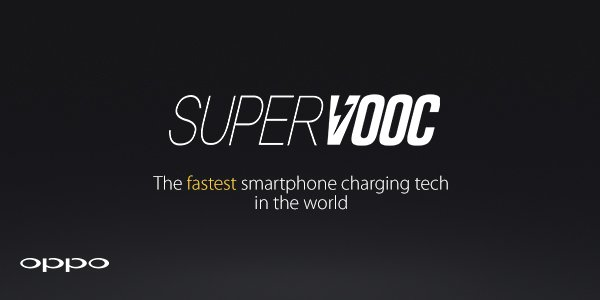 The Official Press Release Has Been Given Below

By applying a newly developed low-voltage pulse-charge algorithm, along with OPPO's customized battery, multiple technical innovations, as well as first-class hardware and software, Super VOOC Flash Charge can bring your device to a 45% charge in just five minutes of charging (for a 2500 mAh battery). This means that a full charge can be achieved in just 15 minutes! With Super VOOC Flash Charge technology, users can talk for 10 hours after just 5 minutes of charging.

VOOC Flash Charge was developed as a result of one of OPPO's main concerns about smartphone development. While the smartphone industry is fast-moving, the lithium-ion battery has not changed much since its creation, even though its high power consumption and endurance often leave users wanting more. Battery endurance has now become the biggest bottleneck restricting smartphone development. Meanwhile, battery capacity is constantly increasing. And with it, charging times are getting longer and longer. To offer consumers a better user experience, high-capacity batteries need to be matched with faster charging speeds. OPPO therefore zeroed in on this problem and developed VOOC as a result.

It took OPPO three years to develop the low-voltage, fast-charging technology that is VOOC Flash Charge. A totally independent undertaking, OPPO has already applied for 18 patents related to VOOC alone. Capable of charging four times faster than ordinary chargers, VOOC is the fastest and most secure smartphone charging technology.

VOOC Flash Charge was offered with OPPO's Find 7 in March 2014. With a 3000 mAh battery, the Find 7 supports two hours of talk time after just five minutes of charging with VOOC, and its power reaches 75% after 30 minutes, sufficient for a day's use. (This data is based on laboratory tests; actual charging may differ due to factors such as battery capacity and temperature, while actual call time can also be affected by the device state and real-life environment.)

VOOC Flash Charge added an intelligent MCU chip (flash core) in the adapter in order to achieve revolutionary voltage open-loop and multi-stage, constant-current charging. VOOC Flash Charge creatively changes circuit topologies, meanwhile creates an all-side, five-level protection technique from the adapter to the interface as well as the device, securing the safety as well as the speed.

The VOOC charging voltage is in line with the standard smartphone charging voltage of 5V. This means that the power can be directly transmitted to the battery without any voltage conversion, allowing the process to attain a charging efficiency of up to 97%. High-voltage fast charging, however, requires conversion to a lower voltage to supply power to the batter. This means a loss of energy and a lowered charging efficiency of about 85%.

Because of the difference in charging mechanism and efficiency, the temperature of a smartphone using VOOC Flash Charge remains significantly lower during the charging process than a phone using a high-voltage solution. VOOC Flash Charge-enabled devices will heat up by a maximum of only 3.3. degrees Celsius.

Because temperatures can be regulated so effectively during charging with VOOC Flash Charge, the smartphone can safely be used during the charging process. For instance, you can Flash Charge your smartphone while surfing the Internet, watching videos, or playing games. However, if you try to use your smartphone while using another fast-charging technology, the charger will revert to a standard charging speed, due to the temperature spikes caused by quick charging and screen brightening simultaneously.