OnLive is a could gaming service that allows people to play new games on their slow PCs without having to dish-out money on costly upgrades.

The only requirement for playing a game is that you need to have a 5Mbit connection and a MAC or PC. Then its as simple as renting a game for a few days or buying a "Full PlayPass" that lets you play as much as you like. According to CEO, Steve Perlman, lags shouldn't be an issue as most players during tests did not face any problems.

The Service has been launched in the U.S and is expected to launch in Europe later on. There will also introduce a TV connected console that allows you to play games using the same cloud service on a TV. 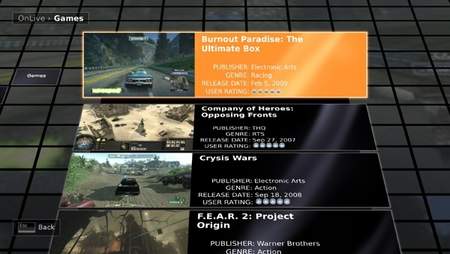