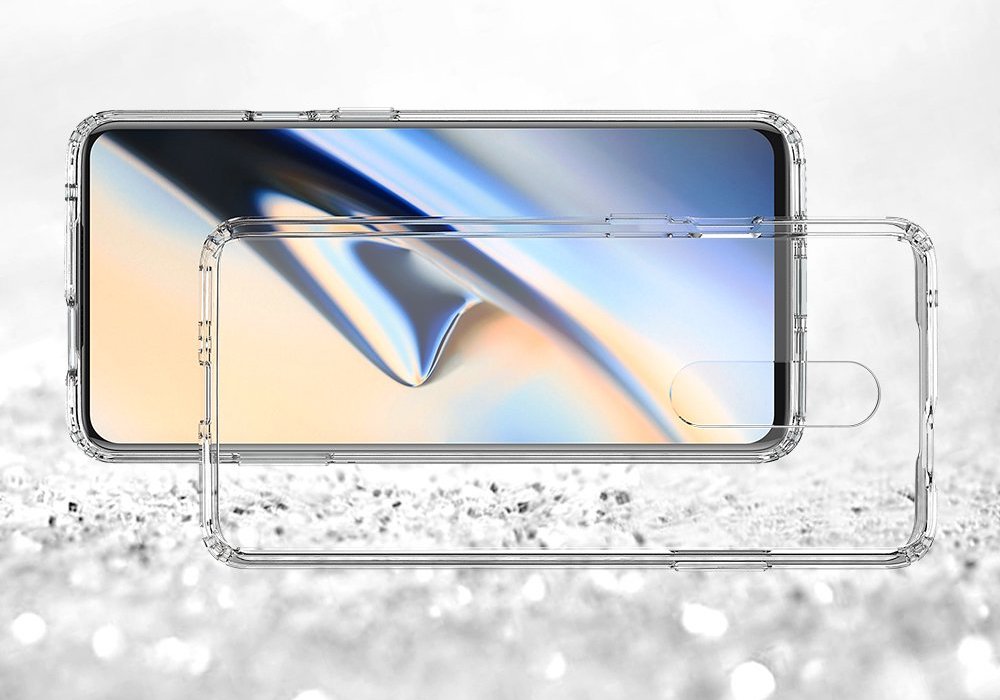 As we settle in 2019, news and leaks for upcoming gadgets are surfacing bit by bit. Samsung and Huawei have launched new flagships smartphones, while Apple's been busy in updating the iPads. Now with summer heading near, we're also seeing details for the next smartphone from OnePlus. The device is tentatively dubbed as the OnePlus 7 and now we've got some more alleged renders for it. Take a look below for more details.

Given the amount of information that we've got to deal with daily, there are a lot of unsubstantiated and baseless rumors out there. One of these is that OnePlus will equip the OnePlus 7 with a 3.5mm earphone jack, despite having removed it earlier to make room for a larger battery. Now, today's case renders for the smartphone deny these claims and corroborate other information for OnePlus' next flagship mobile gadget.

The first and most striking detail that's visible in the images is a triple rear camera setup. Huawei kicked off this trend last year, and Samsung followed it. Now, as rumors of a similar feature on the iPhone surface regularly, it's also highly probable that OnePlus will not shy away from making this decision, whatever its impact may be on costs.

These renders don't have any hint of a pop up front camera, but given the fact that the device in them has zero top bezel it's pertinent to expect that the OnePlus 7 will come with a pop-up front camera sensor, especially since earlier reports of the smartphone have mentioned the feature. Other changes on the smartphone depicted today include a relocated SIM card tray and a bezel-free display design. Additionally, the power button appears to be placed higher towards the gadget's top in these renders - a detail that we've also noticed in earlier leaks of the OnePlus 7.

Talking about specifications, it's a given fact that the OnePlus 7 will feature Qualcomm's Snapdragon 855. However, the device will not feature 5G connectivity (in our opinion), since carrier deployment of the technology is far from mature. One feature that we do hope will make it on the OnePlus 7 is USB 3.0 connectivity. This will enable faster data transfer and charging speeds. Thoughts? Let us know what you think in the comments section below and stay tuned. We'll keep you updated on the latest.