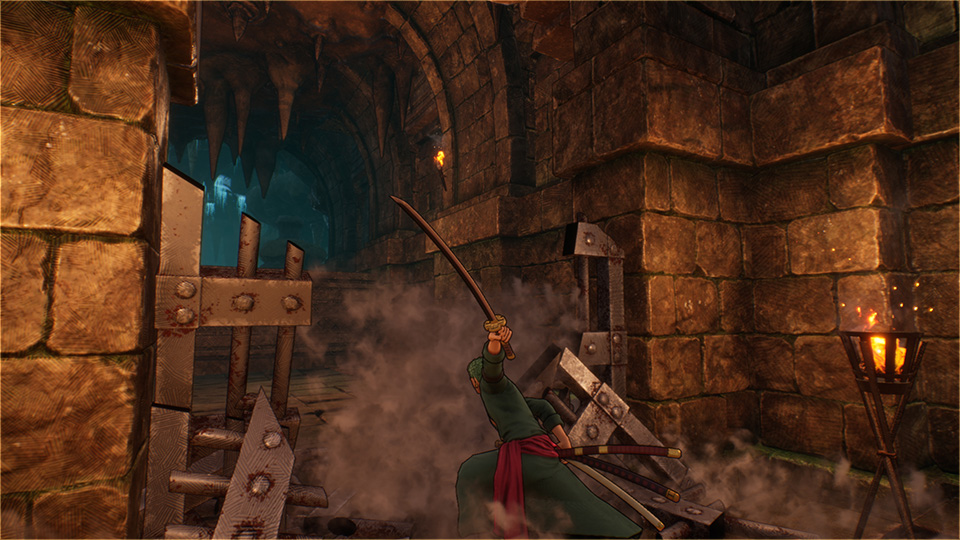 New One Piece Odyssey screenshots have been shared on the game's official website, providing new details on exploration and combat mechanics.

According to the Japanese official website for the game, players will need to use the unique skills of each Straw Hat to explore locations fully, such as Luffy's rubber abilities, Franky's tool building abilities, and more.

A couple of the new screenshots also shed some more light on the game's turn-based combat system. Apparently, it will be possible to have up to four party members, and it seems like the game will feature some sort of rock-paper-scissors system that will dictate resistances and weaknesses for party members and enemies. One Piece Odyssey will also feature some sort of combination techniques and other mid-combat cinematic sequences.