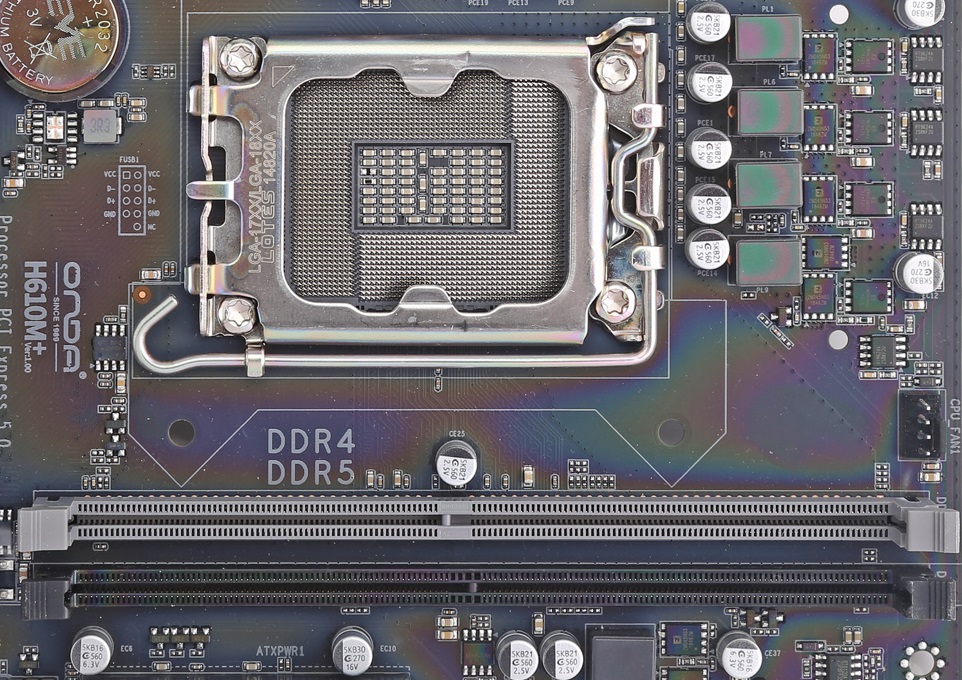 Chinese motherboard manufacturer, ONDA, has released its new H610M+ board which offers support for both DDR5 & DDR4 memory.

At first glance, the ONDA H610M+ motherboard would seem like a standard entry-tier design with the H610 chipset and LGA 1700 socket. It features an 8+1 Phase power delivery and is booted by an 8-pin and 24-pin ATX connector configuration. The board comes is deprived of any heatsink over its VRMs which is the case with most entry-level motherboards but the PCH is covered with a tiny heat sink solution featuring aluminum metal. 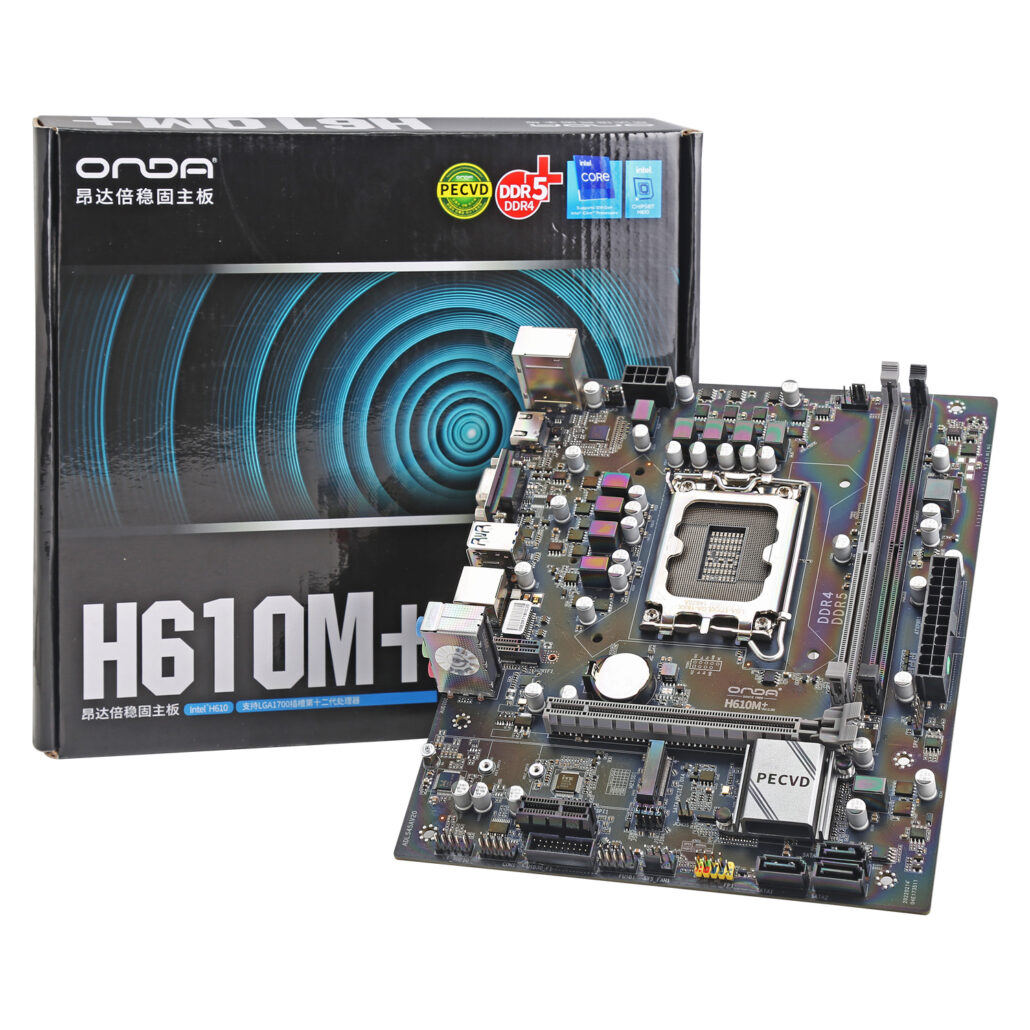 The most interesting aspect of the motherboard is its memory layout. The ONDA H610M+ comes with two DIMM slots, one featuring support for DDR4-3200 and the other featuring support for the DDR5-4800 memory standard. This combo is the first we have ever seen on any Intel motherboard released this generation and gives users the option to select between either memory standard. But it's also kind of pointless since you won't be able to use both memory slots populated at once. It is either going to be a single DDR5 or DDR4 DIMM.

This means that the motherboard is going to end up being limited to just 16 GB of maximum DRAM capacity at once. Usually, 2-slot motherboards can offer up to 32 GB (64 GB Dual-Capacity DIMMs) memory. I am excluding dual-capacity DIMMs since they are going to cost more than the board and will be a pointless investment on a platform of this tier. The gains of a single-channel DDR5 will be obviously there but it's not worth it given the current prices versus the DDR4 standard. The whole reason for talking about this motherboard is that it is the first board to feature such a design & as a one-off product, it looks interesting but practically speaking, there isn't going to be much benefit of such a design over a standard 2-slot DDR5 or DDR4 motherboard.

Other specifications include a single PCIe Gen 5.0 x16 slot, a single M.2 slot (PCIe 3.0 x4), and a PCIe Gen 3.0 x1 slot. There are three SATA III Ports and you get a decent array of IO which includes DP, VGA, LAN, a couple of USB 3.0 & USB 2.0 ports, a PS2 port, and a 3-channel HD Audio jack. It comes in the mATX form factor and is available right now in the APAC markets but the price cannot be confirmed yet.