The official iPhone 6s and iPhone 6s Plus PRODUCT(RED) Leather Case has been released, and you can pick one up directly from Apple itself. 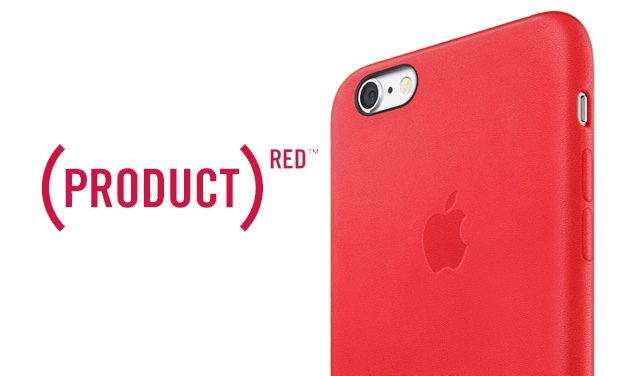 Apart from numerous third-party accessory manufacturers, Apple itself makes cases for its smartphone lineup, with the official Leather and Silicone Cases being the order of the day for the iPhone in a range of different colors. But if you look back one year, you'll realize that Apple released a PRODUCT(RED) Leather Case for the iPhone 6 and iPhone 6 Plus from the get-go, but this year, it wasn't the case for the iPhone 6s and iPhone 6s Plus, as the red variant of the case was missing in action for some odd reason. Thankfully though, and right on cue for World AIDS Day, the company has come through with the official PRODUCT(RED) Leather Case for iPhone 6s and iPhone 6s Plus both.

Before today, you were only able to buy a PRODUCT(RED) colored case for the iPhone 6s and iPhone 6s Plus in the Silicone Case lineup, which, quite frankly, doesn't cut the mustard if you're asking us. Leather has that feel and grip which just can't be replicated using any other material, not even silicone.

Just like the rest of the Leather Case lineup for the iPhone 6s and 6s Plus, the PRODUCT(RED) case is only different when it comes to color, and of course, a portion of the profits go to the Global Fund to fight AIDS. In other words, rather than buying yourself a PRODUCT(RED) case, you're also doing the honor of donating to a charitable cause as well, and we're all up for that.

Time and time again we've mentioned that cases can protect your investment from harm's way in a lot of situations, and it's better to be with one than without. After all, you don't want to go out and about without a little protection nestling your cherished iPhone do you? Of course not. And while Apple does make expensive lineup of cases, with the leather and silicone one being no exception, we recommend that you opt for a cheaper case if you have to. The aim is to protect the four corners of your device from dings and scratches.