It has only been a short time since Samsung announced the Galaxy Unpacked event for August 10th, later this year, and following the announcement, we now have our first look at official press renders belonging to both the Galaxy Z Fold 4 and the Galaxy Z Flip 4 that are the most hyped foldable devices for this year.

The renders are coming as a courtesy of 91mobiles, and showcase the Galaxy Z Fold 4 in three colors starting with the phantom black, beige, and grey-green. Even though the renders only show the main screen of the device, a closer look does confirm that the upcoming foldable will have a side-mounted fingerprint scanner, along with a volume rocker on the right edge, with the SIM card slot being on the left side.

You can look at the renders below for the Fold 4. 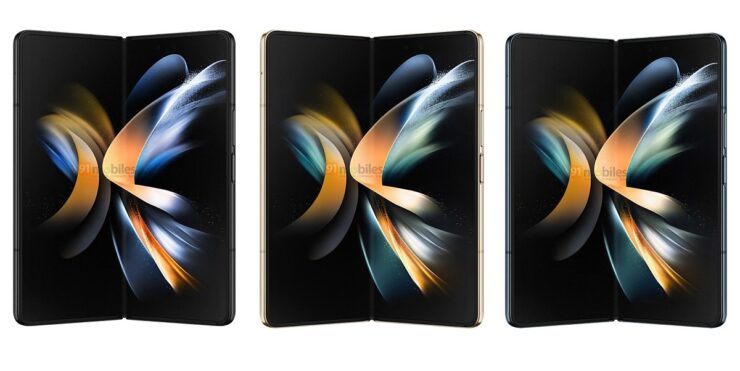 Zooming in a bit closer reveals that there are two sensors, and while one of them is an in-display camera, we are not sure what the other sensor is going to do for the phone.

Moving onto the Galaxy Z Flip 4, we also have a look at the device in four colors; grey, purple, gold, and light blue. As we have seen with the Galaxy Z Fold 4, the renders for the Z Flip 4 also focus on the inner display, but you do get to have some understanding of the device itself. 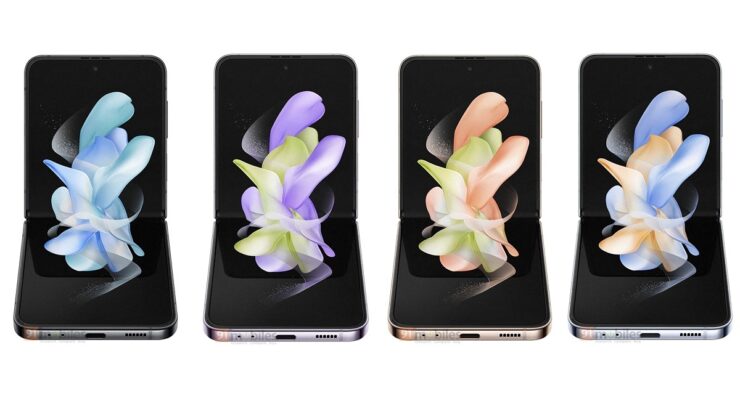 The Galaxy Z Flip 4 appears to have a side-mounted fingerprint scanner, and a volume rocker on the right side. The phone also has a USB Type-C on the bottom and a hole-punch cutout at the top center.

Currently, Blass has not shared any other renders of the Fold 4 or the Galaxy Z Flip 4, but they have mentioned that more renders will be coming in the future, showcasing the device from various angles, along with the Thom Browne edition as well as Bespoke colorways.