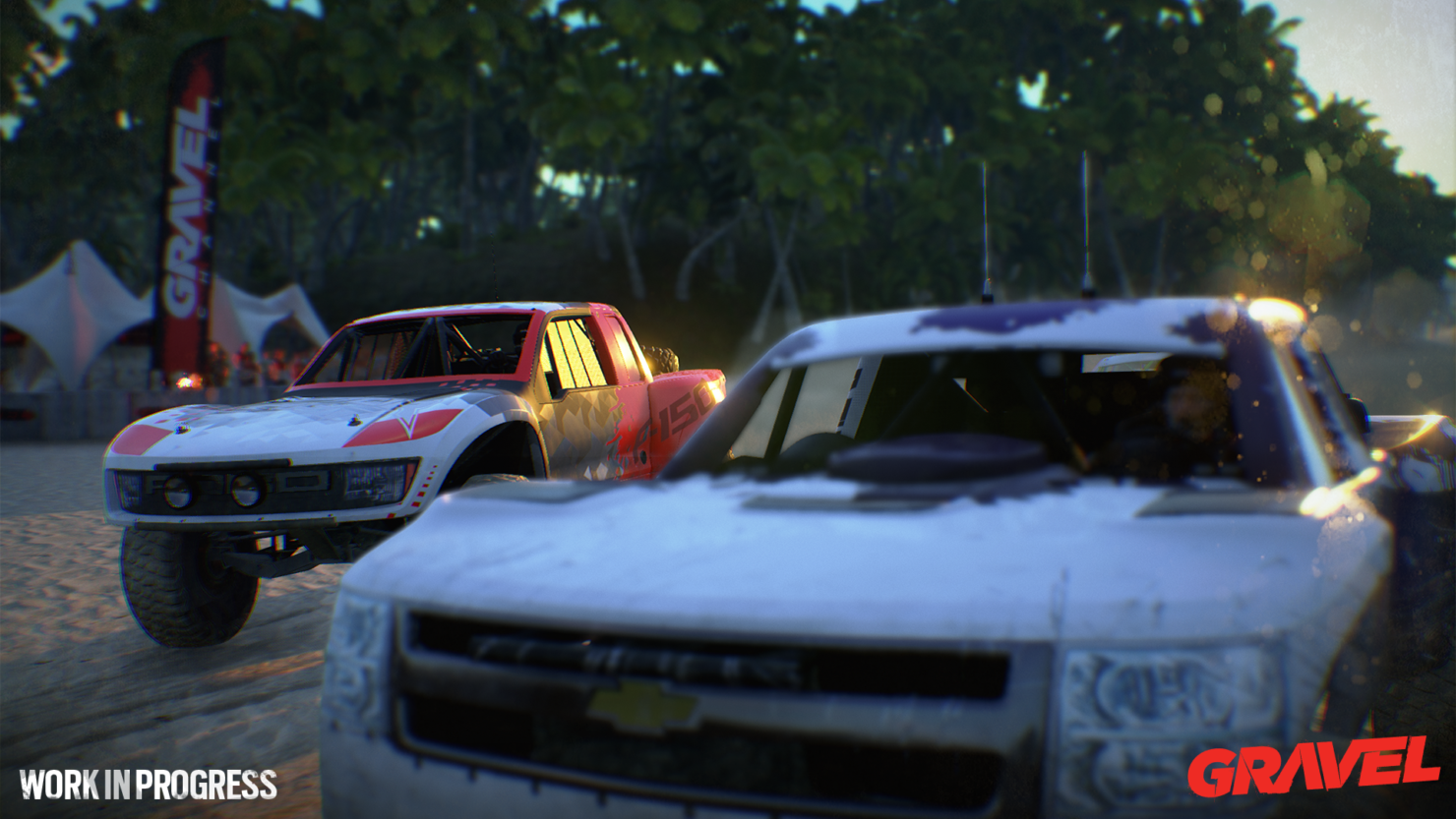 Gravel is an off-road racing game where you try to become the Off-Road Master on the game's fake tv station call the Gravel Channel. You'll take part in a number of challenges and events until you make it to the league finals and compete to become a real off-world badass.

Below are the 4 different game modes you'll compete for glory and fame:

Irvin Zonca Head of Game Design Milestone explains how using the Unreal Engine 4 made the stunning visuals for Gravel possible:

Gravel is the most extreme off-road challenge. It celebrates off-road racing by taking the player to exotic locations around the world with some of the most exciting vehicles ever created. Thanks to the Unreal Engine 4, Milestone could finally unleash its creativity by tackling the arcade-genre with the most ambitious off-road racing game ever created. Bearing in mind the concepts of “fun”, “competition”, “speed” and “adrenaline”, we had the chance to think big by putting into the same game the best elements that we could create: photorealistic graphics, dynamic time of day and weather system, accessible physics that can be enjoyed by everybody, breath-taking locations where the player can race at full speed rushing through forests, snowy mountains, dunes and deserts. We love the way Gravel is shaping up and we believe that the players will be amazed by how funny and fresh this game will be.

Gravel is due later this Summer for Playstation 4, Xbox One, and PC.