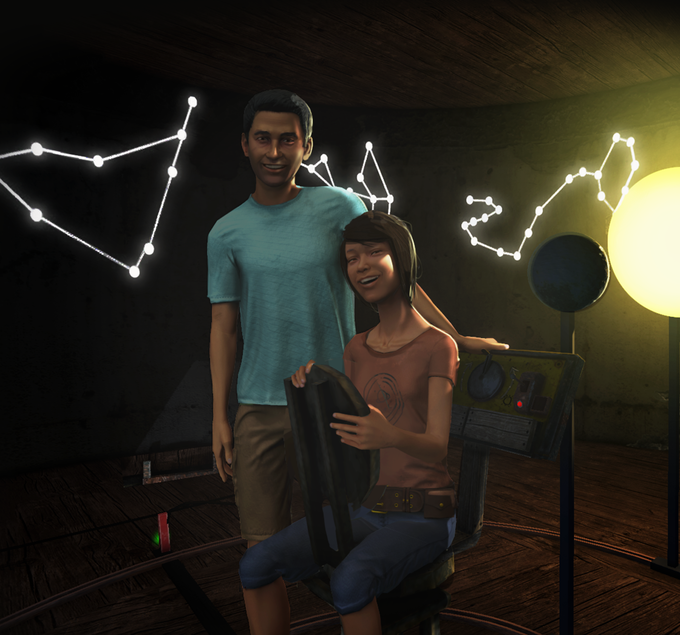 Time to use some science. The science puzzle game made by The Young Socratics, Odyssey, wants players to use their noggins to rescue a family in peril.

Odyssey is a science puzzle adventure game that uses scientific reasoning and argumentation from the ancient Greeks in its puzzles. You solve puzzles that will mimic the intellectual journey famous Philosopher took such as Aristotle, Copernicus, and Galileo. I think it's safe to say that some of these puzzles will require more brain power and deductive reasoning that we are used to in your average game.

This first-person exploration game plays similarly to the famous Myst games. You'll explore a beautiful exotic locale and try to use your wits to get past complicated puzzles.

After some unsavory characters make onto their expedition, Kai's dad left a number of traps that only those smart enough will be able to solve. Hopefully, you can get to Kai and her family just in time before these pirates do. Let's just hope none of the bad guys happen to be rogue scholars on top being pirates.

During your rescue, you'll see pages from her journal about her time on the island with her archaeologist family and the ancient artifacts they were looking to unearth in the Wretch Islands. Her journal also contains her conversations with her dad about their scientific observations and debates.

Members of the scientific community weighed in of the game's ability to entertain and teach:

Odyssey is currently overfunded on Kickstarter, having hit its minimum goal of $15,000 in just 24 hours of being launched and there are still about two weeks left to go in the campaign. It will be released in early 2017 on PC and Mac, having already been approved on Steam Greenlight.