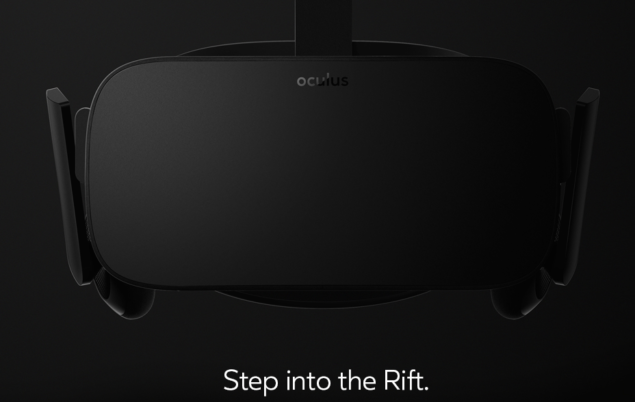 Oculus Rift will be available for consumers Q1 2016 with OLED screens, a fantastic motion tracking system, VR audio with an Xbox One wireless controller included with every one.

The dream that Oculus and other great companies and imagineers has imagined so many years ago is finally being realized. Oculus has been chasing the dream of refining the VR experience to be obtainable by everyone. The technologies and programming API's have taken years to develop properly, but they are now available and integrated enough to provide the experience they're looking for. It's not about putting a screen closer to your eyes, it's about putting a whole living experience over your mind. There is a physical and psychological change that happens, a switch that flips, when you're able to completely immerse your visual and auditory senses in world.

What we all really want to know is what kind of optics it has inside and if the dreaded "screen door" effect from the DK2 is still present. OLED screens of an unspecified resolution with stunning color accuracy and low motion blur and fast response times to provide you with the most incredible sensory experience you can imagine. And of course the optics are adjustable for your eyes. It remains to be seen if the dreaded "screen door" effect is still there, but if they've taken the time to improve as much as they have, then it's probably not there.

Of course it also integrates VR audio, though that's enabled mostly in software, so the actual headphones provided aren't necessary, and you can bring your own high-end audio equipment for an even more immersive experience.

Integrated into the front of the Oculus Rift is the very interesting constellation motion tracking system, something that's been in development since at least 1998, and refined to be the highly accurate system that we see implemented here. The desktop sensor remains and has been shrunk considerably. You can place it wherever you please, and it'll blend in and be out of the way.

And to facilitate the easy control for your VR games without having to take the Rift off, is the inclusion of the Xbox One controller in every consumer kit. It's been shown to be comfortable and it works well, so it was a natural choice for them to use until now. It also helps standardize what controller is used to develop for as well.

Phil Spencer got up on stage to tell us that Windows 10 will be able to work seamlessly with the Oculus Rift and will support it right out of the box. Does this mean we get to interact with the desktop in VR? Who knows, but wouldn't that be novel?

No pricing is available at this time, though Q1 2016 isn't too far off. Who's getting one?