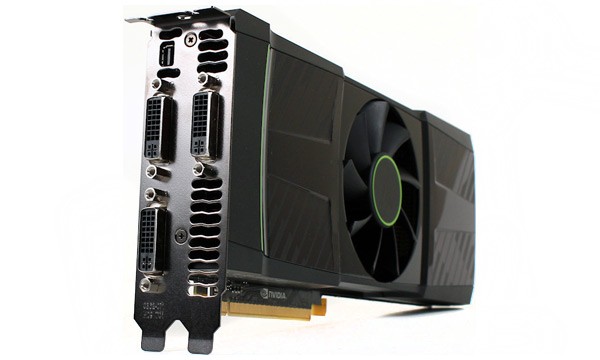 NVIDIA just announced the dual GPU beast which comes packed with 1,024 total CUDA cores, 94 ROPs, and 3GB of GDDR5 RAM on board. The GTX 590 is made up of two GTX 580 GPUs spliced together, but do note that both the cards are running at slower clocks to cope with power restrictions and heat issues. The speeds are as follows: Core clock at 607 Mhz, shaders 1200 Mhz and memory clocks at 3400 Mhz. The GTX 590 just like it's bit faster competitor HD 5990 costs $699.

According to various reviews scattered over the internet the GTX 590 runs very cool compared to other similar dual GPU cards. Check out the Official release and comparison video after the break.