Nvidia has confirmed two new graphic cards which will be released with in this year or later next year. The cards are named GTX 580 and GTX 475 ( Renamed to GTX 560). Recent reports reveal that the GTX 580 will be based on the GF-110 Architecture and will belong to the Geforce 500 Series. The card is built on a 40Nm process. The card will hold 512 Cuda Cores and packed with 2GB GDDR5 memory. Nvidia has set this card up to counter against the AMD's High End Cayman based cards. One of the member from Geek3d.com managed to capture a picture of the GTX 580 on Nvidia's Official site which you can see below: 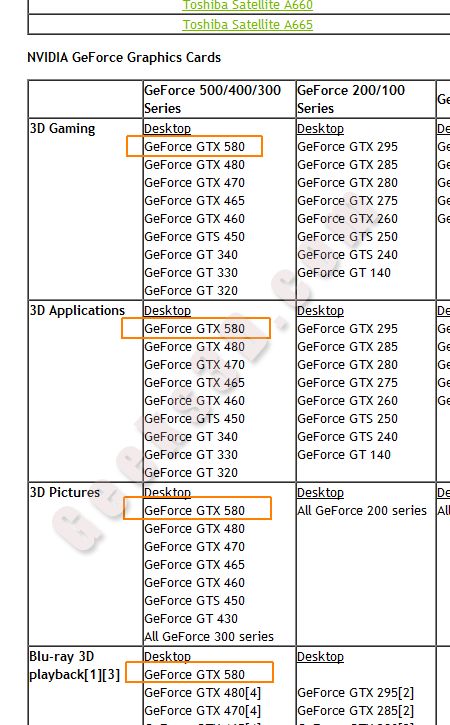 Other than this, A new card is also underway from nvidia which was previously named GTX 475 and was supposed to be built on the GF-104 chip but new reports reveal that Nvidia might rename it to GTX 560 and it will be based on the GF-114 chip. The card will go against the Mid-Range 6850 and 6870 cards which have just been released today by AMD. The card includes eight Streaming multiprocessors (SM) while the old GF104 had seven. The new card could end up with 384 Stream processors and 32 SFUs. So, the Stream processor number is up by 48. Texture units will be pumped up to 64. The card will easily outperform the GTX 470 and being built on a refined version of the GF-104 core, It means the card will have lesser TDP than the 470 while overclocking will be great and will consume much less power.