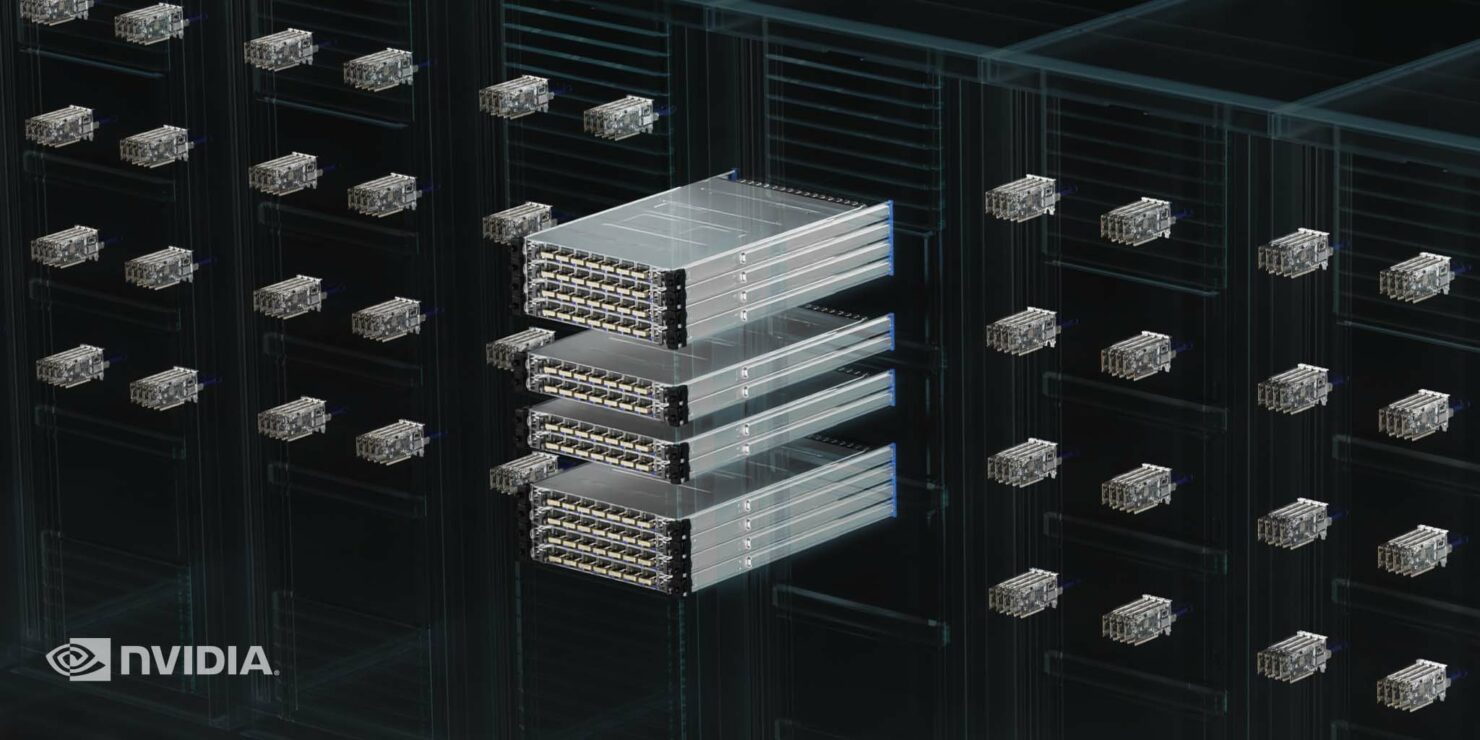 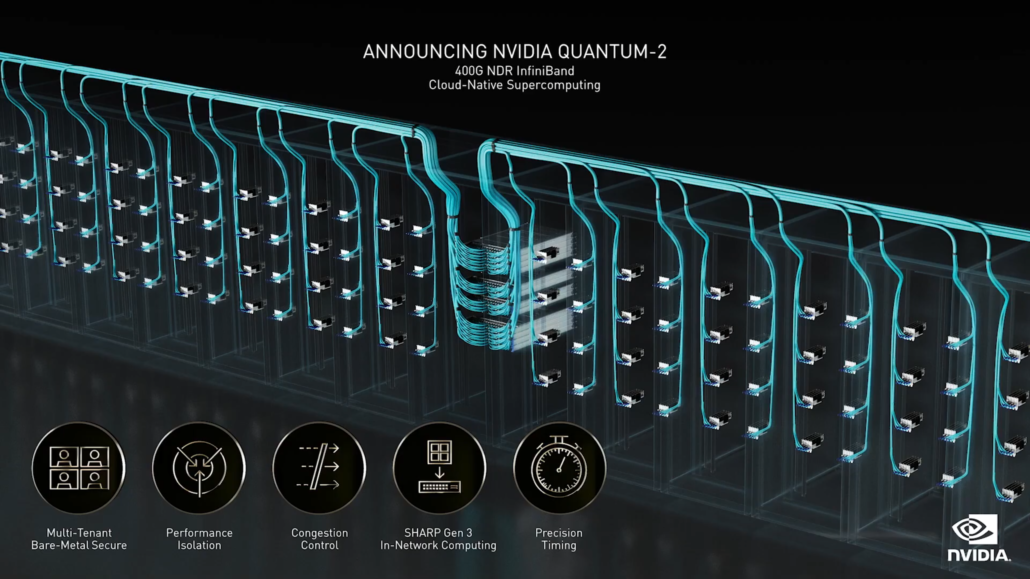 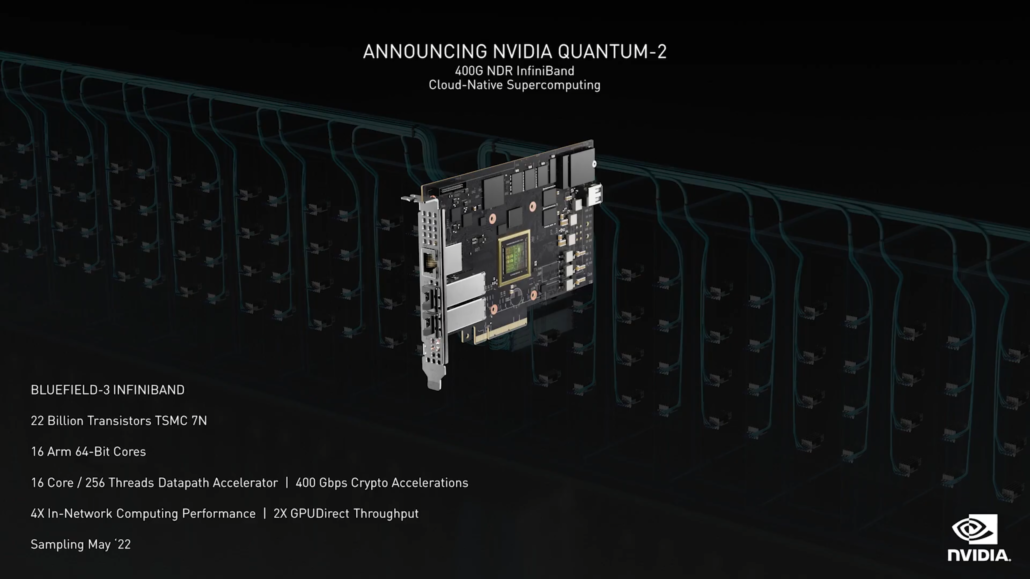 The introduction of NVIDIA Quantum-2 comes as supercomputing centers are increasingly opening to multitudes of users, many from outside their organizations. At the same time, the world’s cloud service providers are beginning to offer more supercomputing services to their millions of customers.

NVIDIA Quantum-2 includes key features required for demanding workloads running in either arena. Supercharged by cloud-native technologies, it provides high performance with 400 gigabits per second of throughput and advanced multi-tenancy to accommodate many users.

“The requirements of today’s supercomputing centers and public clouds are converging,” said Gilad Shainer, senior vice president of Networking at NVIDIA. “They must provide the greatest performance possible for next-generation HPC, AI, and data analytics challenges, while also securely isolating workloads and responding to varying demands of user traffic. This vision of the modern data center is now real with NVIDIA Quantum-2 InfiniBand.”

With 400Gbps, NVIDIA Quantum-2 InfiniBand doubles the network speed and triples the number of network ports. It accelerates performance by 3x and reduces the need for data center fabric switches by 6x while cutting data center power consumption and reducing data center space by 7 percent each. 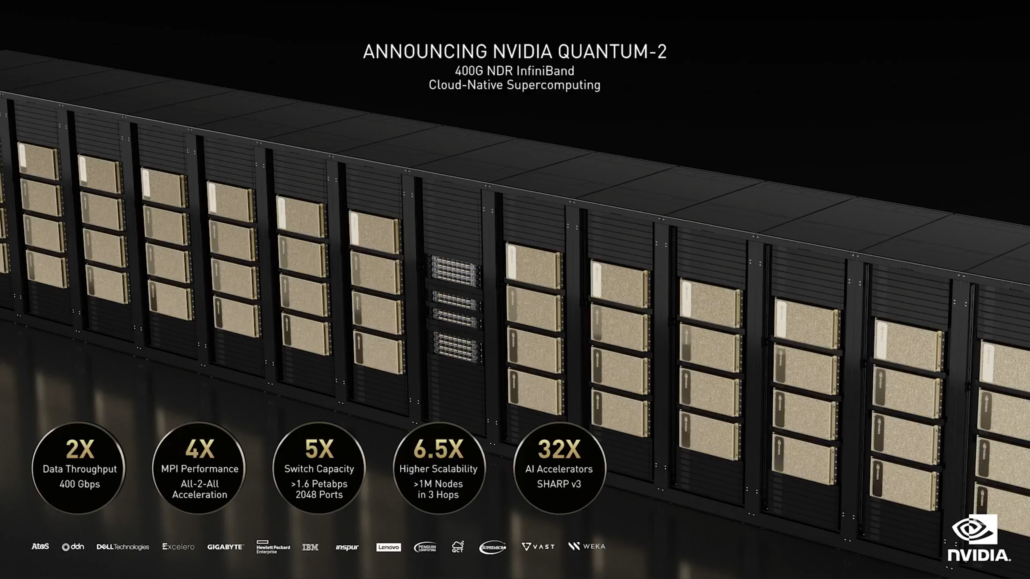 The multi-tenant performance isolation of NVIDIA Quantum-2 keeps the activity of one tenant from disturbing others, utilizing an advanced telemetry-based congestion control system with cloud-native capabilities that ensure reliable throughput, regardless of spikes in users or workload demands. 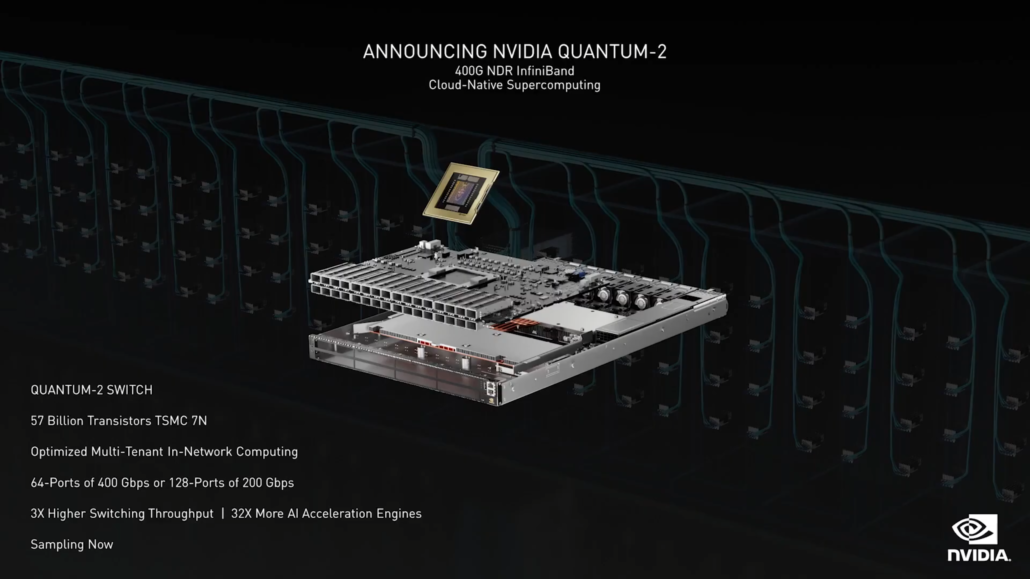 The combined networking speed, switching capability, and scalability is ideal for building the next generation of giant HPC systems. 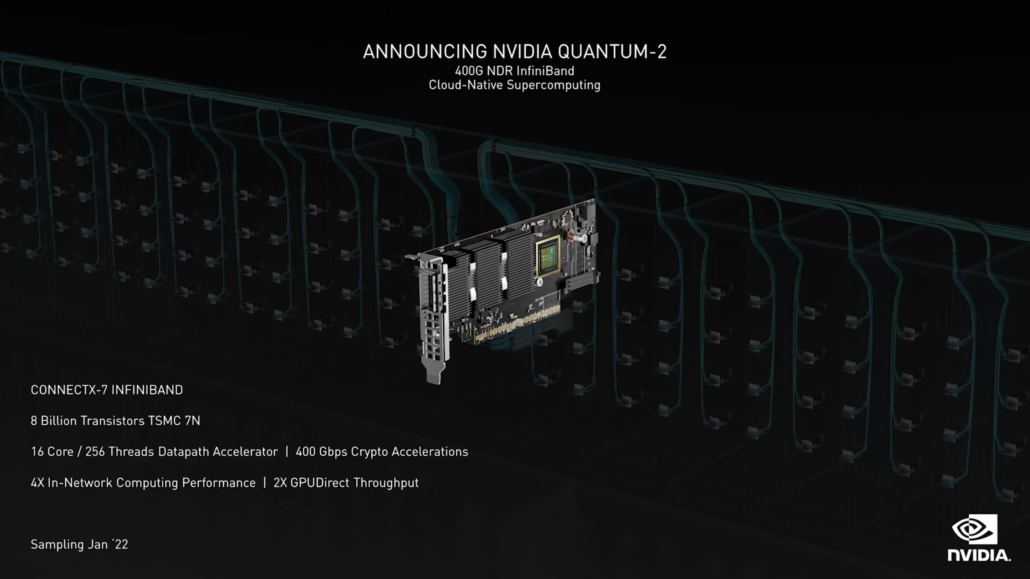 ConnectX-7, with 8 billion transistors in a 7-nanometer design, doubles the data rate of the world’s current leading HPC networking chip, the NVIDIA ConnectX-6. It also doubles the performance of RDMA, GPUDirect Storage, GPUDirect RDMA, and In-Networking Computing. The ConnectX-7 will sample in January.