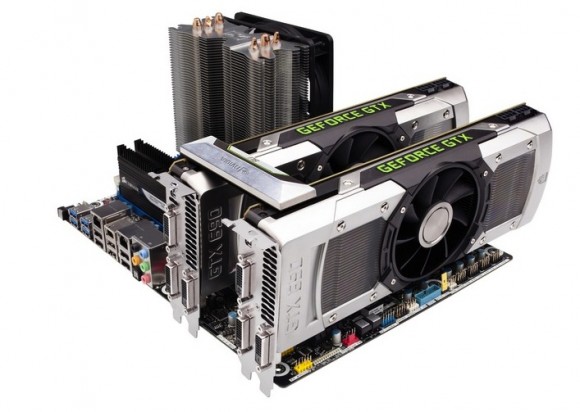 With Computex starting in a mere 10 days in Taipei, Fudzilla had asked through its sources about the availability of overclocked variants of the recently launched Nvidia GTX 690 which turns out to be a no show.

Nvidia seems pretty tight over not letting anyone toy with its current flagship graphics card or even the GTX 680 (you can’t mess with the voltages on either of them). So far, the reports have confirmed there wouldn’t be any show of any kind of overclocked GTX 690 graphics card at the convention, even in terms of a better cooling solution.

Right now it seems more of as well that Nvidia doesn’t even let anyone dare to churn out a water-cooled solution for the GTX 690 as the current stock cooler maybe looks good but has little or no overclocking headroom at all.

In the meanwhile, there hasn’t been any word on the AMD Radeon HD 7990 that is AMD’s dual GPU solution that was supposed to take on the GTX 690. Price wise even if the card launches (which I doubt right now) the price would be around an estimated $949, a few bucks cheaper than the 690.