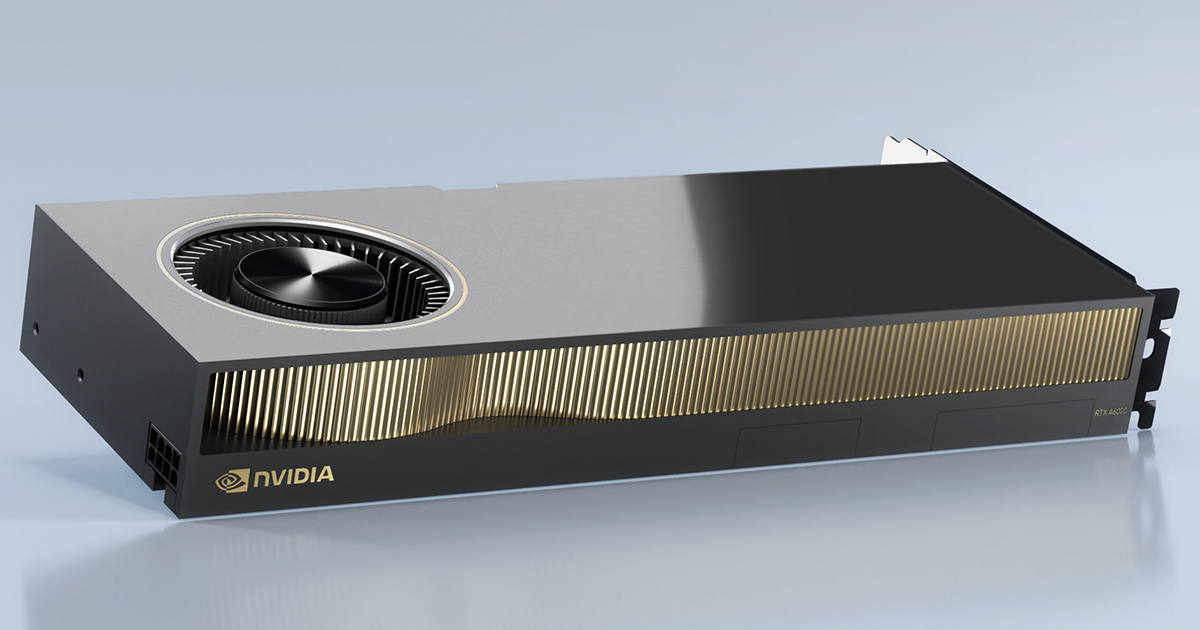 The first performance benchmarks of NVIDIA's RTX A6000 which is the flagship workstation Ampere GPU-based graphics card have leaked out. The benchmarks were leaked by AdoredTV and show us what to expect from the fastest workstation graphics card in NVIDIA's stack which will be replacing its Quadro RTX 6000 solution from 2018.

The NVIDIA RTX A6000 was announced earlier this month and after dropping the Tesla branding, NVIDIA has decided to drop Quadro branding from its professional workstation graphics cards too. The card will simply be called the RTX A6000 and is aimed at the workstation and content creation market segment.

Coming to the specifications, the RTX A6000 is powered by the full GA102 GPU core with 84 SMs or 10752 CUDA cores. We don't have the exact clock speeds since NVIDIA did not share the TFLOPs or Tensor numbers for the card yet but we do know that the Quadro RTX A6000 will offer higher clocks than the A40 due to its blower-fan design which offers higher cooling performance.

In terms of memory, the NVIDIA RTX A6000 features 48 GB of GDDR6 memory. The A6000 offers 768 GB/s speeds with its 16 Gbps memory dies. The RTX A6000 cards support vGPU with various graphics configurations starting at 1 GB up to the whole 48 GB VRAM buffer. Power is provided through the new EPS 12V 8-pin connector which is featured on the back of the card and delivers up to 300W of power to the GPU. Interconnect comes in the form of the latest NVLINK which offers 112.5 GB/s (bi-directional) speeds while the native PCIe Gen 4 interface provides a 16 GB/s link. Display options include four DisplayPort 1.4 on the A6000.

In terms of performance, the benchmarks were reported within the SPECviewperf 2020 benchmark suite at a resolution of 3800x2120. Both the Quadro RTX 6000 and RTX A6000 were compared head on. The RTX A6000 scored a lead in almost all benchmarks with a maximum reported lead of up to 25%. On average, the RTX A6000 turned out to be 11% faster than the Quadro RTX 6000 which is a bit disappointing for a graphics card that features much better specifications and a better graphics architecture. 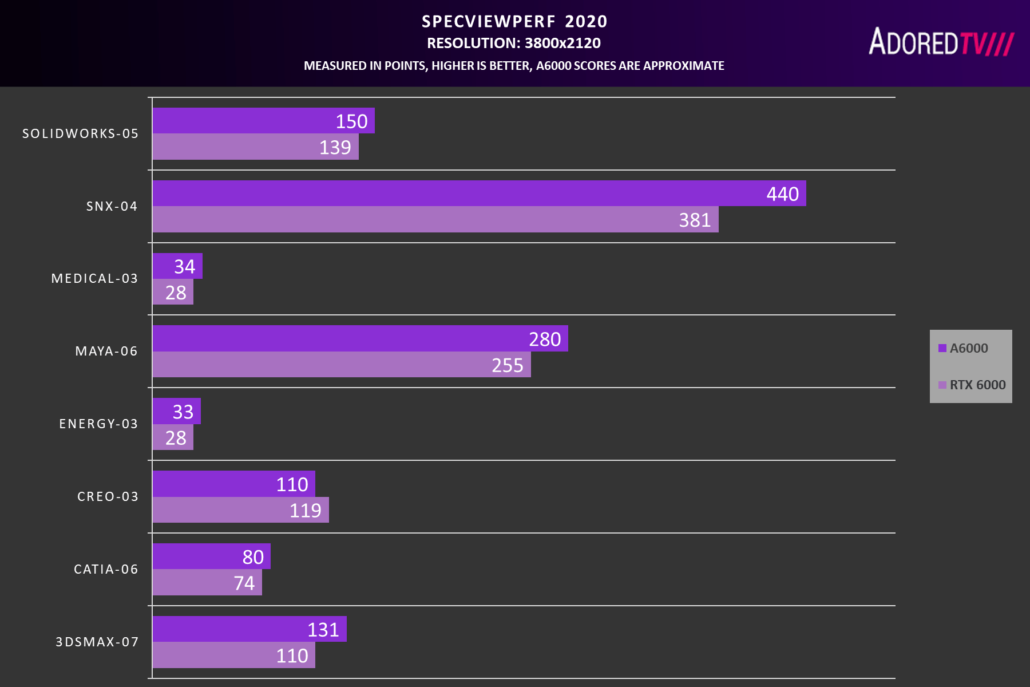 There's no explanation why the lead is just 11% over the predecessor but it could be due to several factors that range from drivers or poor optimization in SPECviewperf for the graphics card. NVIDIA will be releasing the RTX A6000 graphics card through its partners in mid of December with a wider GPU availability planned for early next year.