NVIDIA has released a guide on how to optimize Rise of the Tomb Raider PC performance. The guide includes comparisons, and details the graphic settings in the game. 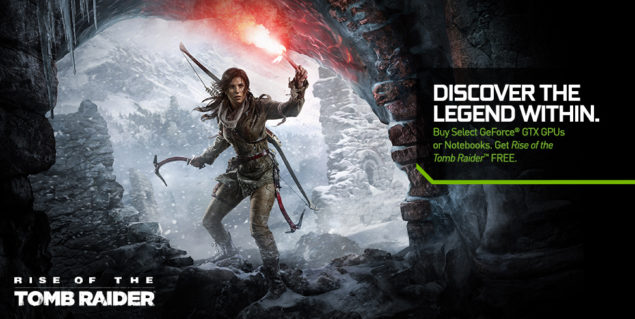 Rise of the Tomb Raider PC was released 2 days ago, and alongside its release, NVIDIA has released an amazing guide to help you get the most out of the action title from Crystal Dynamics.

The PC version of the game, includes several improvements with new features such as HBAO+.

Of the many additions, Crystal Dynamics' use of Side Effects' Houdini software is the most impressive. With this package highly realistic water effects and avalanches were created offline, recorded as Bink videos, and dynamically merged into real-time cutscenes to display visual effects that would be otherwise impossible to render. Less accurate effects could be rendered in real-time, though they wouldn't appear anywhere near as dramatic or thrilling.

As the guide is quite large, we suggest to check it out for yourself right here. For those running the game on an AMD graphic card - a driver hotfix for driver 16.1 is inbound pretty soon.

To check out our own NVIDIA & AMD performance analysis of the game, check out this page right here.