NVIDIA just posted an incredible first quarter for fiscal year 2021 amidst coronavirus-induced uncertainty with revenue up 39% year-over-year and flat quarter-over-quarter. The company's data center ventures topped $1 billion in revenue for the first time and (NASDAQ:NVDA) introduced its brand new Ampere-based A100 GPU. They expect to come out swinging later this year with a full-blown 7nm launch. The stock market reaction was neutral to cool in after-hours trading with the stock continuing on a slightly downward trend and docking 2.17% off the market cap. This is because most of this information has already been priced in the major rally seen since March 13, 2020.

Very few companies have been able to maintain their momentum in what is essentially a global economic halt as well as a pandemic. Even less managed to post strong results that beat Wall Street estimates. NVIDIA is a seasonal business and their posted quarter comfortably beats the non-COVID comparable-quarter of Q2 FY2020 from last year - which is phenomenal. 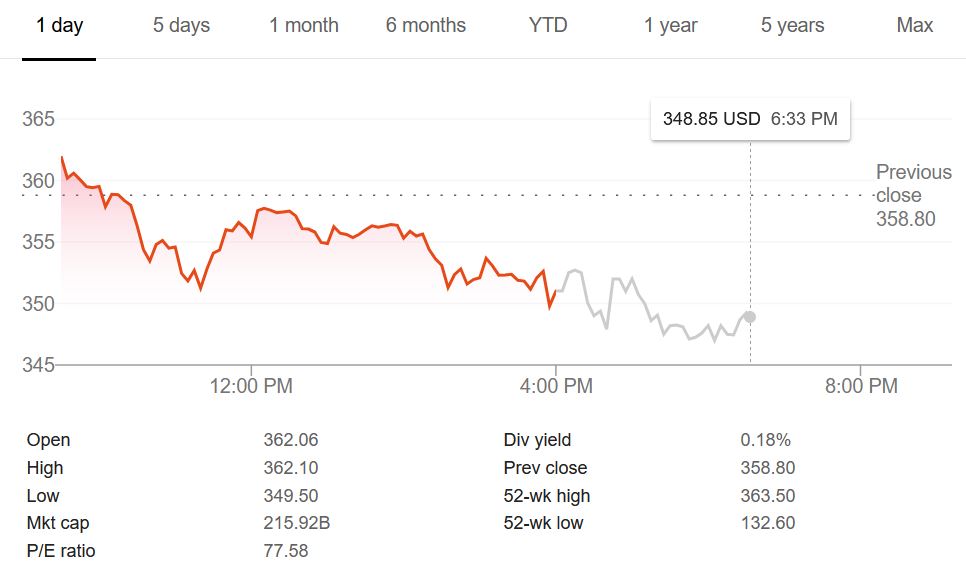 The company posted a GAAP EPS of $1.47 an the back of a revenue of 3.08 billion. It is easy to see why the stock has been on a major rally since March, going from a low of $196 to its current value of $348. So the question then becomes, can NVIDIA maintain its current velocity or is a correction inbound? We have something for both NVDA bulls and bears.

Ethics disclaimer: I own no stock in NVIDIA or its competitors and have no intention to do so for the foreseeable future. This analysis is provided on as-is basis and the reader assumes all risk and liability.

Our take: NASDAQ: NVDA for the bulls 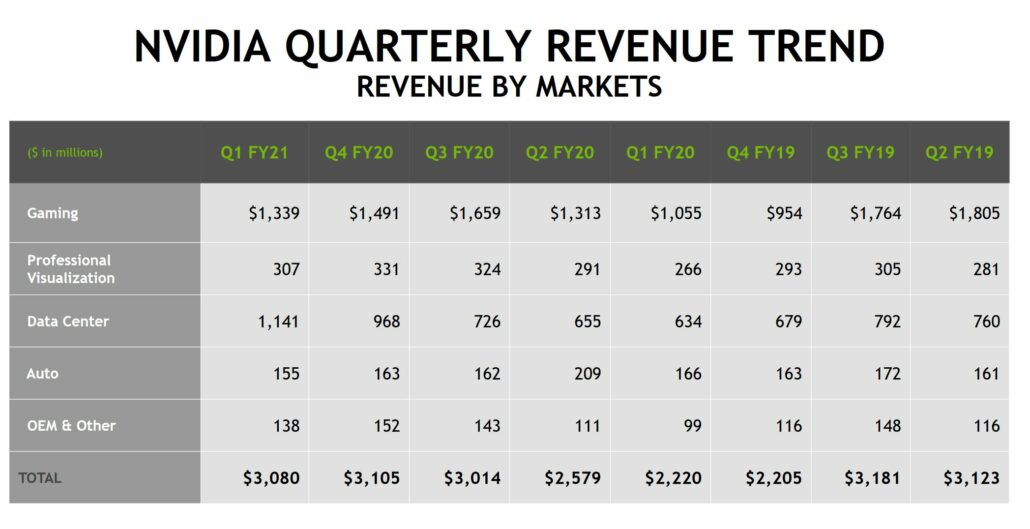 Our take: NASDAQ:NVDA for the bears

The full press release is as follows:

NVIDIA completed its acquisition of Mellanox Technologies Ltd. on April 27, 2020, for a transaction value of $7 billion. It also transitioned its GPU Technology Conference to an all-digital format, drawing more than 55,000 registered participants, while NVIDIA founder and CEO Jensen Huang’s keynote videos were viewed 3.8 million times in their first three days.

“As the world battles COVID-19, we salute the first responders, healthcare workers, and service workers who courageously step in harm’s way to save lives and keep the world going,” Huang said. “We also thank the scientists around the world racing to find a vaccine for COVID-19.

“NVIDIA had an excellent quarter. The acquisition of Mellanox expands our cloud and data center opportunity. We raised the bar for AI computing with the launch and shipment of our Ampere GPU. And our digital GTC conference attracted a record number of developers, highlighting the accelerating adoption of NVIDIA GPU computing.

“Our Data Center business achieved a record and its first $1 billion quarter. NVIDIA is well positioned to advance the most powerful technology forces of our time – cloud computing and AI,” he said.

In the first quarter of fiscal 2021, NVIDIA paid dividends of $98 million. Due to current market uncertainties, NVIDIA is evaluating the timing of resuming share repurchases and will remain nimble based on market conditions. NVIDIA is currently authorized to repurchase up to $7.24 billion in shares through December 2022. It remains committed to paying its quarterly dividend.