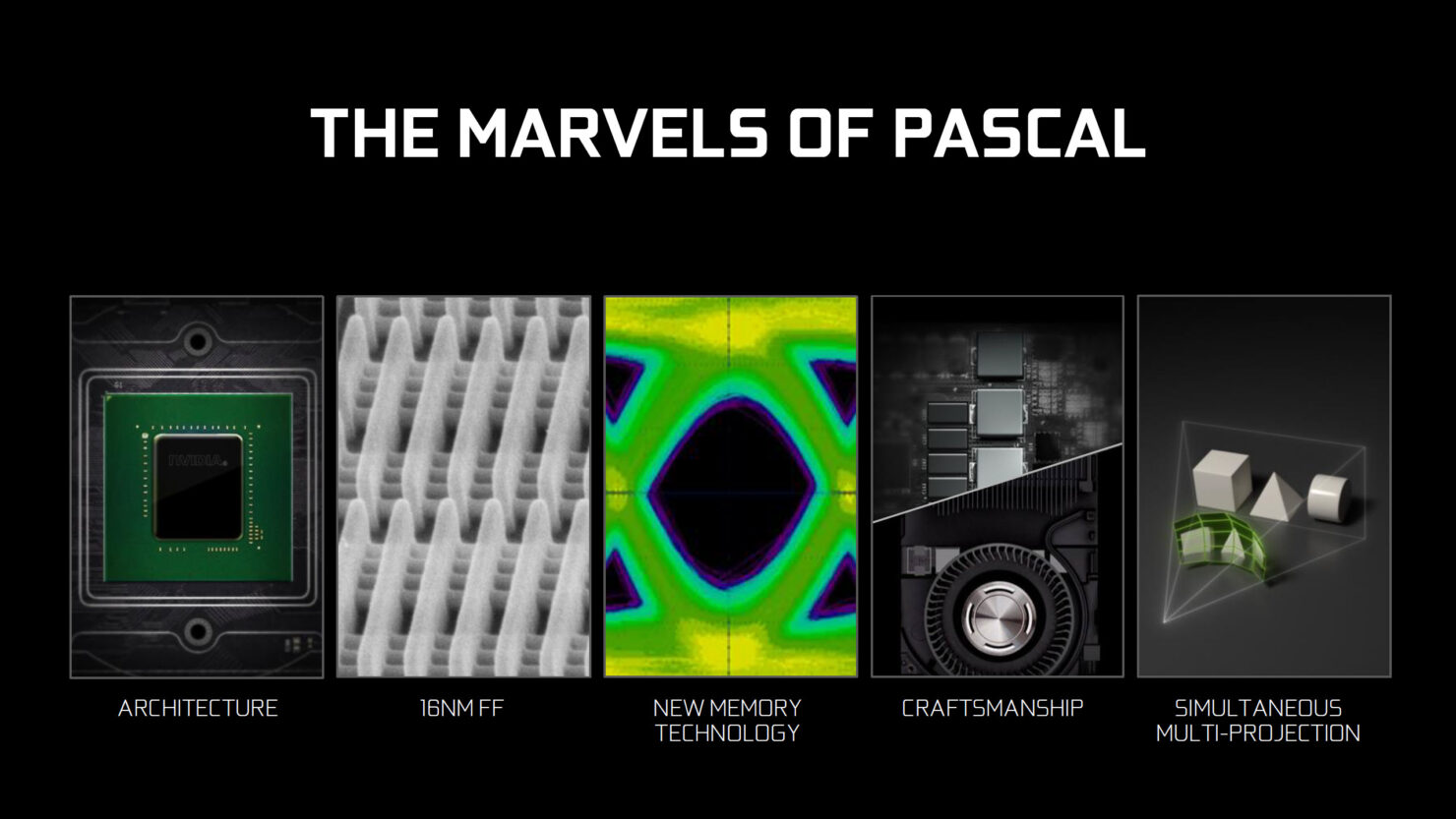 NVIDIA is expected to launch high-performance mobility GPUs based on their Pascal architecture later this month. There have been couple of details that leaked out in the past regarding the specifications but latest leaks from Videocardz and LaptopMedia show us the first performance numbers of these chips which will be featured inside gaming and enthusiast grade notebooks.

NVIDIA's Pascal GPUs are the most advanced and the most efficient FinFET based chips made to date.

The new Pascal mobility chips are rumored to feature the same naming schemes as the desktop products. Some people may think that it's confusing this way but you can't fit a desktop card inside a laptop so the GTX 1080 or GTX 1070 featured on the laptops is exclusive to the mobile platform. Some differences can also be seen in the specifications department when it comes to clock speeds or core configuration. But at the end of the day, all of the GeForce 10 Mobility variants are based on Pascal.

NVIDIA's Pascal is without a doubt, the most power efficient chip that utilizes the 16nm FinFET process node. The GeForce 10 series cards have shown a huge increase in clock speeds compared to prior generations and deliver great performance increases compared to their predecessors.

According to the specifications, the GeForce GTX 1070 (Mobility) features 2048 CUDA cores, 170 TMUs and 64 ROPs. This chip may look like it's faster than the desktop variant but it's actually tuned to perform as similar as the GeForce GTX 1070 (Desktop) variant. If you look closely at the clock speeds, we are getting 1443 MHz core and 1645 MHz boost clocks out of this variant while memory is clocked at 8 GHz. The chip features 8 GB GDDR5 memory featured across a 256-bit bus and TDP is expected between 125-150W. 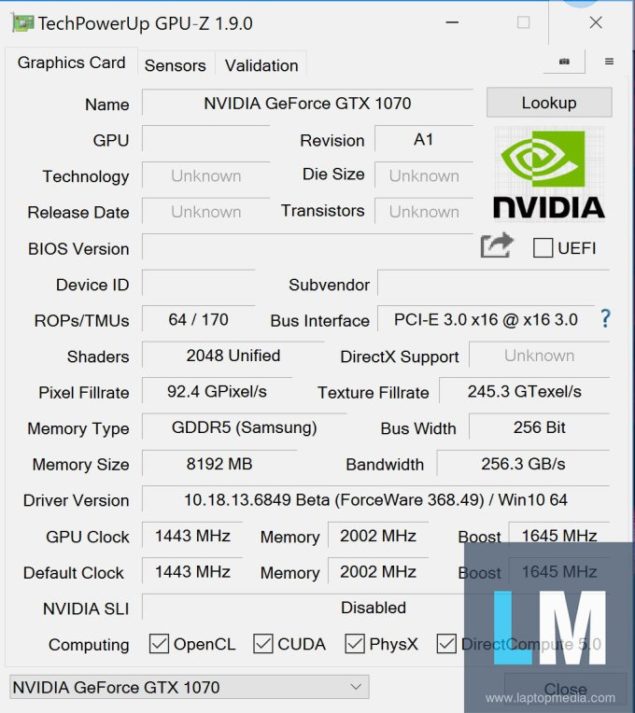 The GeForce GTX 1070 (Mobility) is extensively tested by the guys over at LaptopMedia.

An image of the GeForce GTX 1070 PCB shows that it comes with a high quality MXM board design. This board features a 6 Phase design. The board supports SLI functionality and delivers more power to the GPU than other traditional MXM designs allowing for overclock support. We don't expect mobility variants to reach past 2 GHz but people will be able to gain some decent numbers after overclock. 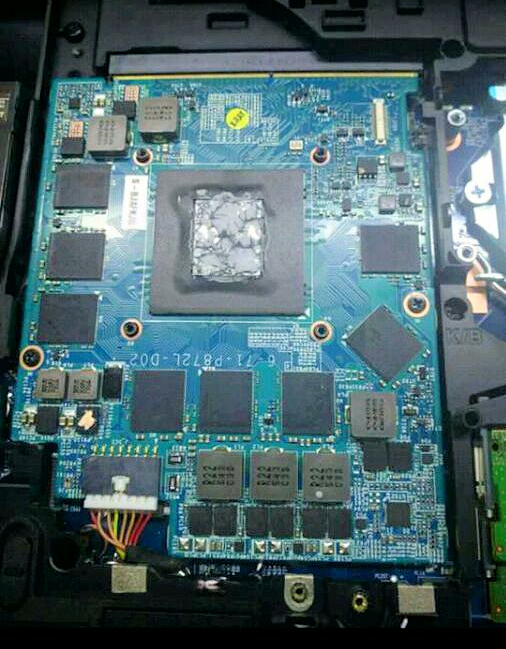 The GTX 1070 Mobility chip delivers some massive gains over last years GTX 980 (Mobility). This is in fact the fastest performance numbers we have yet to see on a laptop GPU. The GTX 1080 is expected to further trump these numbers in style but the GTX 1070 is where value lies. As for SLI numbers, we don't really have them right now but the GP104 GPU does support SLI and we can see some good scaling in a number of titles that are optimized for NVIDIA. You can see the full performance chart below: 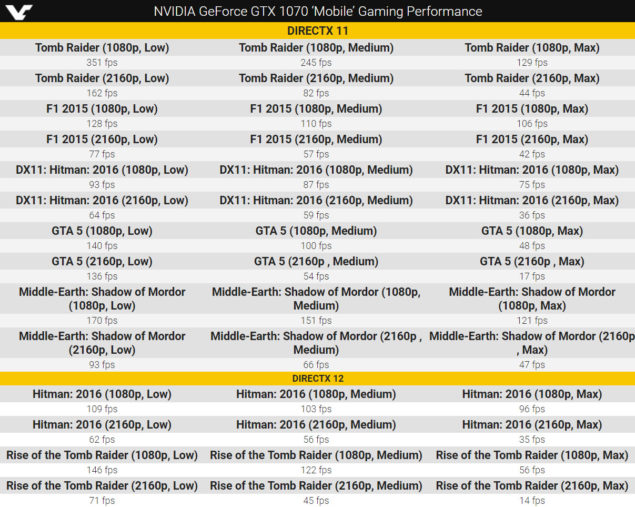 The NVIDIA GeForce GTX 1060 (Mobility) on the other hand comes with the GP106 GPU. This is in fact the same GPU configuration as the GTX 1060 (Desktop) but with lower clock speeds. You get 1280 CUDA Cores, 128 TMUs and 48 ROPs from this variant. This variant is clocked at 1405 MHz core and 1671 MHz boost clocks with VRAM clocked at 8 GHz. The chip comes with 6 GB of GDDR5 memory running along a 192-bit bus interface that would pump 192.2 GB/s bandwidth.

This chip will feature a TDP under 100W since its clocked lower than the desktop GTX 1060 variant. There's no image of the board design but it should come in the standard package along with some premium components that NVIDIA offers on their high-end laptop designs. These allow the chip to run cool and stable. The GPU-z shot further shows the chip touching 1911 MHz on stock speeds which is impressive while maintaining 58C load in load tests.

The chip has really high clock speeds during performance tests that exceed it's specifications. We are looking at 1797 MHz in the case of Heaven benchmark 4.0 and it does so without going past 80W. 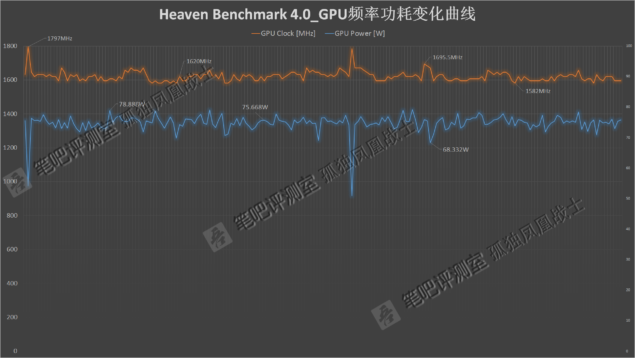 Performance is just a bit under the GTX 980 (mobility) but the new product will feature a more attractive price and will be a really good chip that users should look forward to in mid-range gaming laptops. You can see various performance results below: 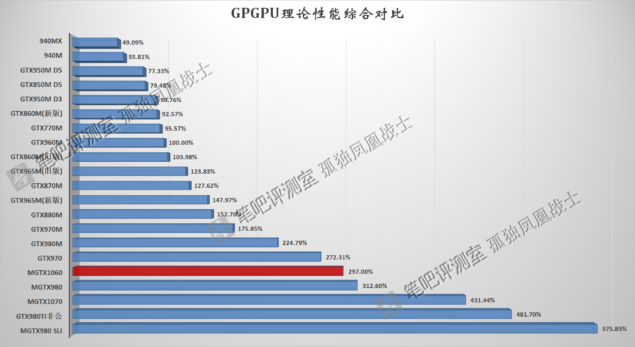 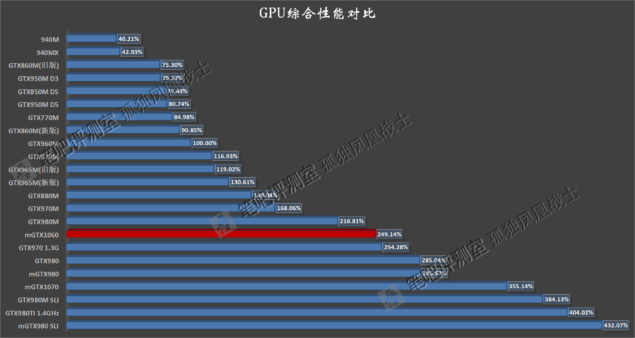