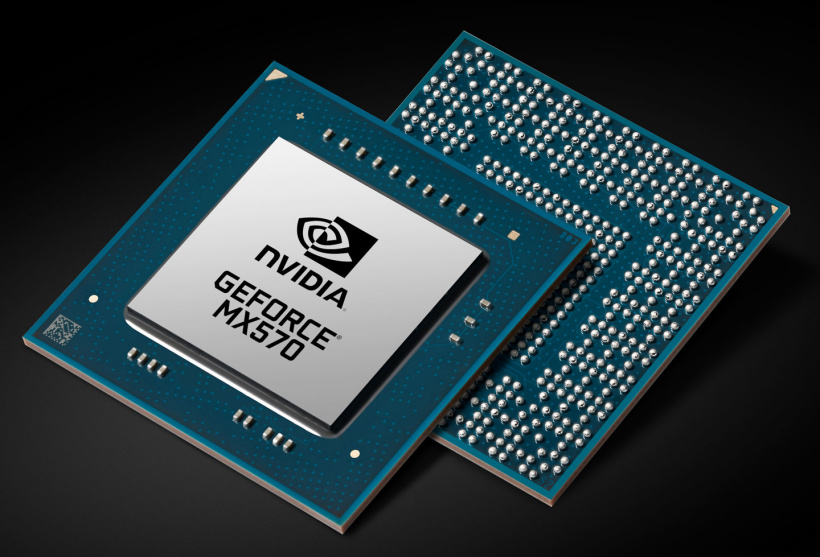 Last December, NVIDIA launched three new mobility GPUs, the RTX 2050, MX550, and MX570. While the MX550 is a Turing variant for NVIDIA, the RTX 2050 and MX570 utilize identical GA107 cores, similar to the RTX 3050. Laptop manufacturers will use these new chips in their notebooks during this first quarter of 2022. 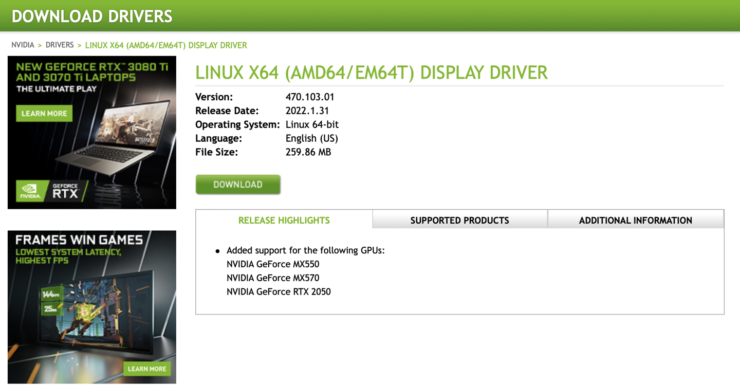 Starting with the specifications, the GeForce RTX 2050 is based on the GA107 GPU core with 2048 cores which is actually more than the GeForce RTX 2060 laptop variant. It features a boost clock of up to 1477 MHz and has a TGP of up to 45W. The GPU features 4 GB of GDDR6 memory clocked at 14 Gbps but runs across a 64-bit bus interface which provides 112 GB/s bandwidth. The memory sub-system is the major blow to the RTX 2050 but it makes sense since this is not a replacement of the RTX 2060 but a more entry-level option.

Moving over to the GeForce MX570 and MX550, NVIDIA isn't providing detailed specifications but it looks like the MX570 is based on a totally new Ampere GPU SKU, the GA107 while the MX550 uses the Turing TU117 GPU. The GA107 die is already shipping in RTX 3050 laptop SKUs and since the MX series is always the most entry-level die, this would be the most cut-down configuration of the GA107 GPU core.

The GeForce RTX 2050 and MX500 series laptop GPUs support all the latest features such as ray tracing, NVIDIA DLSS, Reflex, and Broadcast, among others. They also work seamlessly with Optimus & are a perfect solution for providing longer battery times with more horsepower over a standard iGPU.

Nvidia states that laptops equipped with the GeForce RTX 2050, MX570, and MX550 graphics cards will start shipping during Spring 2022.