The air has been quite abuzz with Nvidia news these days. The most recent of these was information about a GM204 die featuring a 256 bit wide bus. This contradicted with previous speculation regarding Nvidia's GeForce GTX 880, according to which the GPU was to feature a 512 bit wide bus. Before that we received some important details about the GeForce GTX 880. According to these details the GeForce GTX 880 is to be cheaper and more powerful that the GeForce 700 series. And lastly, yesterday we received some concrete information about the launch details of GeForce GTX 880 and 870. Well, we have more news for you today folks. Today Nvidia officially launches its entry level GPU, the Nvidia GeForce GT 730. 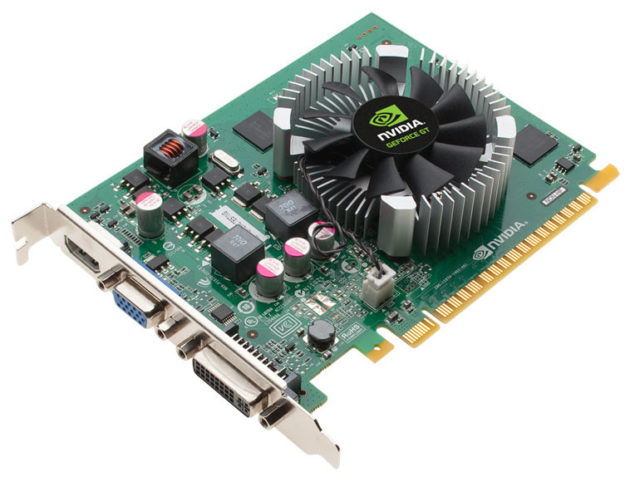 Both the variants of the GeForce GT 730 featuring 64 bit interfaces come with 384 CUDA cores. The 64 bit, DDR3 GeForce GT 730 comes with GK 208 processor. Currently, the variants of the GeForce GT 740 are available with memory options of 1 and 2 GB. However Nvidia has said that models will 4 GB of memory will also become available soon. Each of the cards come equipped with a PCIe 2.0 interface and include support for DX 12 and Open GL 4.4. Since these cards are toned down versions of the GeForce GT 740 so this essentially means that they arrive with half the low profile, half height PCBs, single slot active fan cooling and double slot passive fan cooling. Nvidia seems to be aiming the lower price GPU segments with the launch of these cards. The price of these cards is expected to be somewhere in the two figure range.