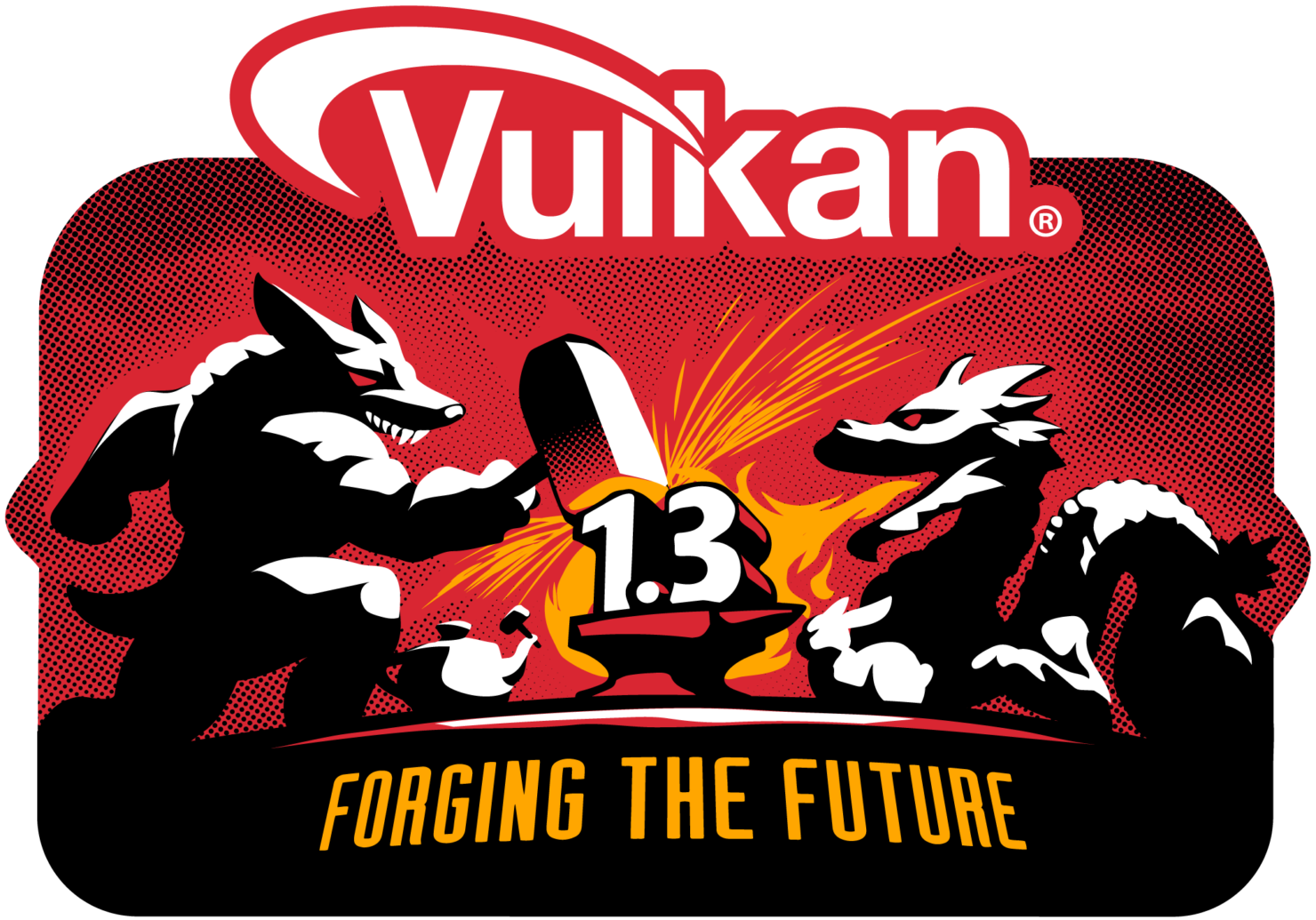 NVIDIA, Intel & AMD have announced that they will offer Day-1 driver support for today's release of Vulkan 1.3 on both Windows and Linux platforms.

With the release Tuesday of Vulkan 1.3, NVIDIA continues its unparalleled record of day one driver support for this cross-platform GPU application programming interface for 3D graphics and computing.

Vulkan has been created by experts from across the industry working together at the Khronos Group, an open standards consortium. From the start, NVIDIA has worked to advance this effort. NVIDIA’s Neil Trevett has been Khronos president since its earliest days.

“NVIDIA has consistently been at the forefront of computer graphics with new, enhanced tools, and technologies for developers to create rich game experiences,” said Jon Peddie, president of Jon Peddie Research.

“Their guidance and support for Vulkan 1.3 development, and release of a new compatible driver on day one across NVIDIA GPUs contributes to the successful cross-platform functionality and performance for games and apps this new API will bring,” he said.

With a simpler, thinner driver and efficient CPU multi-threading capabilities, Vulkan has less latency and overhead than alternatives, such as OpenGL or older versions of Direct3D. 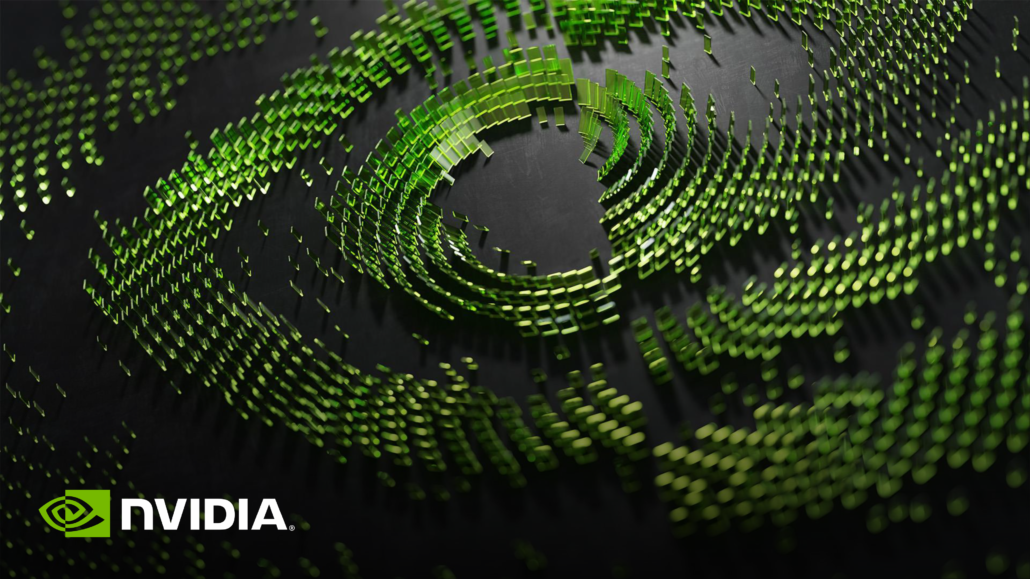 If you use Vulkan, NVIDIA GPUs are a no-brainer. Here’s why:

Vulkan 1.3 incorporates a number of carefully selected extensions requested by the developer community into a new core version of the specification. These include dynamic rendering, additional dynamic state, an improved synchronization API, and a range of other features (see the Vulkan 1.3 and Roadmap blog post for details). Crucially, unlike previous revisions, no features added to Vulkan 1.3 are optional, ensuring their consistent availability in all implementations of this new API version.

“As a long-time supporter of Vulkan, NVIDIA is providing immediate full functionality 1.3 drivers that support the Roadmap 2022 milestone on both Windows 10 and 11 and Linux, including popular distributions such as Ubuntu, Kylin, and RHEL. NVIDIA has also prepared conformant Vulkan 1.3 drivers for our Jetson embedded computing platform,” said Dwight Diercks, senior vice president of software engineering, NVIDIA. “Our Nsight Graphics and Nsight Systems tools have been updated to support Vulkan 1.3, offering a robust environment with deep support for developers to build and optimize games and applications.”

“AMD is pleased to announce that we expect to support for both Vulkan 1.3 and the Vulkan Roadmap 2022 profile on all AMD Radeon™ RX Vega Series and AMD RDNA™ architecture-enabled graphics cards. AMD Radeon Software beta drivers are available for developers today, with support in the final drivers expected in the next few months. The Working Group taking the initiative to standardize hardware features across devices is an important step towards providing consistent support for developers across key markets, and we believe this will ultimately translate to the better developer and end-user experiences,” said Andrej Zdravkovic, Senior Vice President, Software Development, AMD.

“The release of the Vulkan 1.3 Specification is a significant milestone. The latest iteration of the Khronos standard brings enhancements to improve the developer experience, including the introduction of Vulkan profiles, making it simpler for developers to understand platform capabilities and target a wider range of devices. Arm is committed to providing developers the tools and technologies to enable the next generation of compelling on-device experiences, and will support Vulkan 1.3 and the Roadmap 2022 profile on our Mali GPUs,” said Geraint North, senior director, Ecosystems and Engineering, Client Line of Business, Arm.

“Vulkan 1.3 and the Roadmap 2022 milestone bring the much-welcomed quality of life improvements for developers, such as dynamic rendering which eliminates the need for render pass and frame buffer objects and provides a more streamlined approach for rendering. We look forward to making these improvements available on Stadia,” said Hai Nguyen, senior staff technical solutions engineer for Google Stadia.

“Holochip develops light field and AR flight training and simulation technology for the U.S. military and is incorporating new display capabilities into existing NAVAIR training environments. The Vulkan 1.3 spec will enable the wide adoption of next-gen display devices. The Vulkan 1.3 spec paves the way for military simulation environments to benefit from the technical advances in the commercial rendering market. These advances will lead to greater effectiveness and cost savings of training and improve the ability of warfighters to safely mitigate risks,” said Robert Batchko, CEO of Holochip Corporation.

“Vulkan’s ability to enable hardware platforms with vastly different form factors and power envelopes means that it is the key API for our highly scalable GPUs, which are used from wearables to mobile, automotive, and data center and desktop. 1.3’s standardization of different profiles significantly enhances the API’s applicability to such a diverse range of devices and use cases. 1.3 is the work of the leaders in the GPU industry, coming together to enable the future of GPUs, and we are thrilled to be a part of that,” said Ploutarchos Galatsopoulos, director of software product management, Imagination Technologies.

“LunarG is excited about the new Vulkan Profiles solution. Using this framework, developers can create portable applications that will run across large sets of hardware guaranteed to have the necessary supported features. The Vulkan Profiles API library and Vulkan Profiles Layer, which are delivered with the SDK, will allow developers to define, use, and develop Vulkan profiles,” said Karen Ghavam, CEO and engineering director, Christophe Riccio, senior engineer, LunarG Inc.