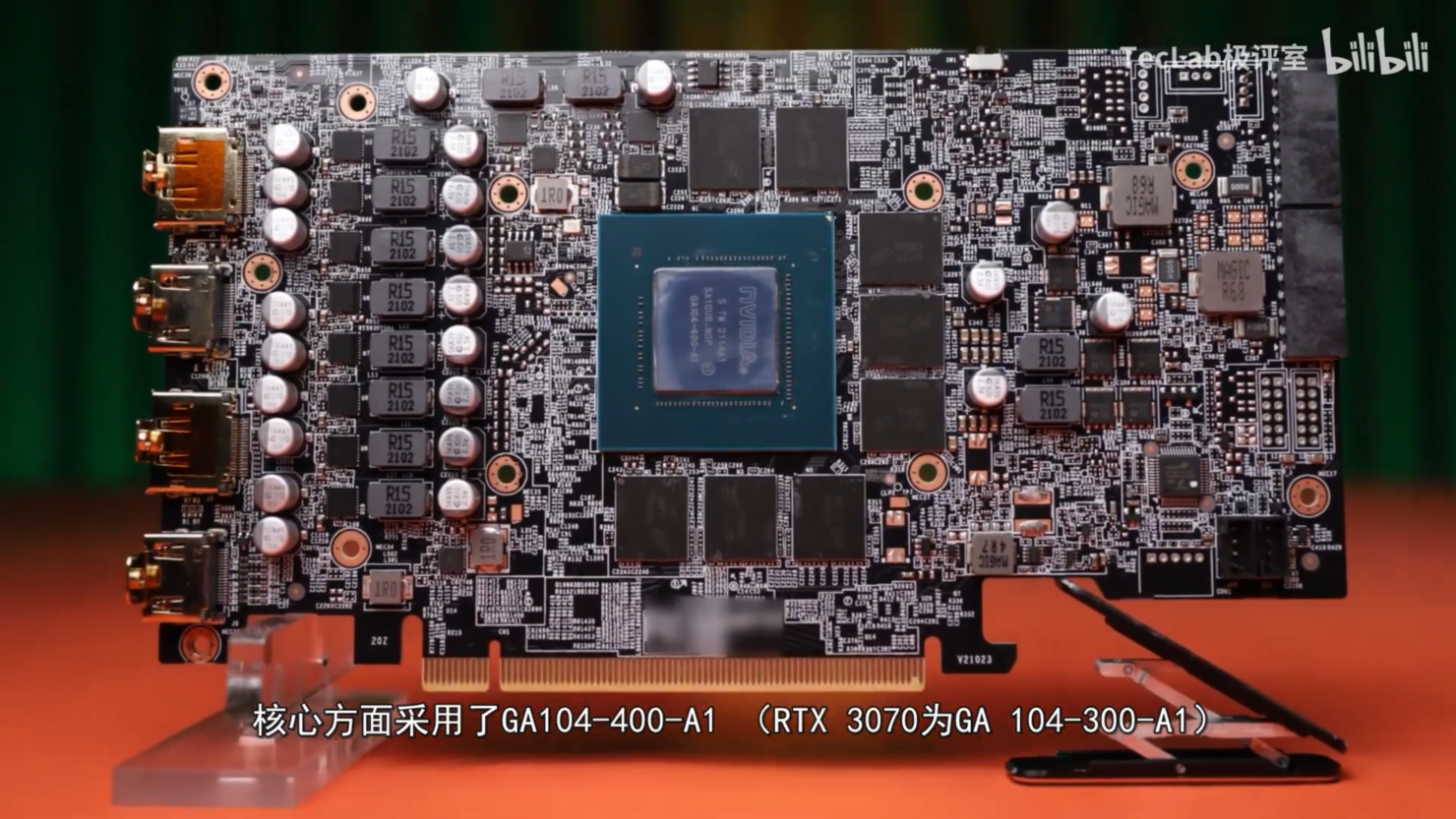 NVIDIA's GeForce RTX 3070 Ti graphics card has been tested in various gaming and synthetic performance benchmarks ahead of its launch tomorrow. The multiple performance previews leaked over at the Chinese Bilibili video portal.

The first leak comes from the Chinese Dodge guy (TecLab) whose identity will always be hidden beneath his mask. The card being tested is the Gigabyte GeForce RTX 3070 Ti Gaming OC which comes with a custom PCB design that incorporates a 10+2 phase VRM. The card is powered by dual 8-pin power connectors and includes triple DP and a single HDMI connector. The cooler was removed to show the PCB and also to hide the fact that this card is from Gigabyte but the user forgot to blur labels throughout the video so it's pretty much there.

As for the performance numbers, the card is tested in both gaming and synthetic benchmarks and shows an average 10% performance uplift over the GeForce RTX 3070 (non-TI). That's pretty much where we expect the NVIDIA GeForce RTX 3070 Ti to land considering it has a slight core bump and has faster GDDR6X memory modules. The TDP has also gone up and in Furmark, the GPU sips in a full-load power of 320-325W while peak temperatures rise to 60C. The benchmarks can be seen below:

In the second leak from Big Hardware Player at Bilibili, the Colorful GeForce RTX 3070 Ti Vulcan-X variant has been tested which is a more premium custom model. Both cards were tested with the GeForce 466.61 drivers. The tester also demonstrated its mining performance in Ethereum which due to the LHR implementation drops down to half speed within minutes. The card yields around 40-45 MH/s (stock / overclocked). In terms of performance, the 3070 Ti Vulcan-X is once again just about 10% faster than the RTX 3070 in both gaming and synthetic performance results.

The graphics card also features a flow-through design vs the dual-fan cooler on the non-Ti variant. Display outputs include the standard 1 HDMI 2.1 & triple DP 2.0 interfaces. The card will officially be launching on 10th June for an MSRP of $599 US.