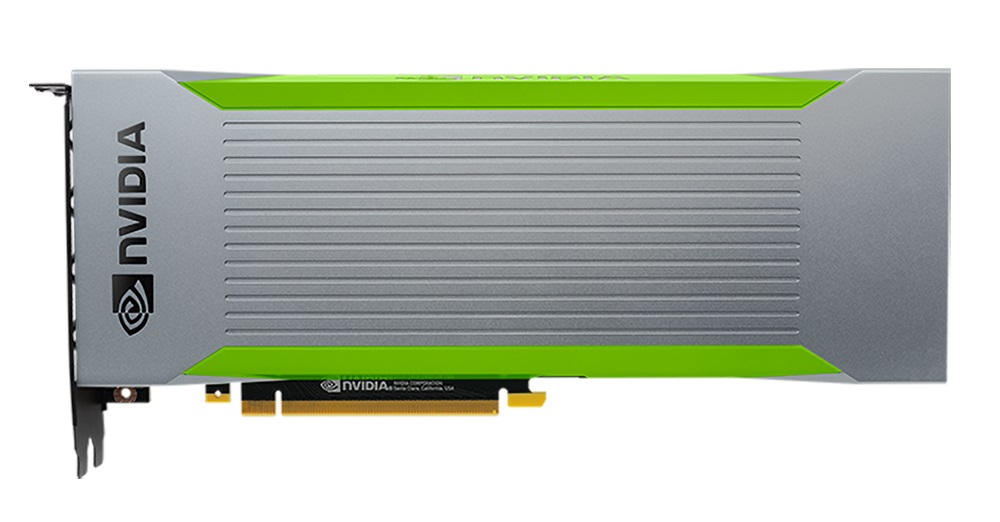 A few more leaks have surfaced which seem to confirm the specification of NVIDIA's STADIA-competitor: Geforce NOW. The company's game streaming platform went live recently and features 1 hour of free session length as well as a subscription for unlimited play. Powered by their own GPUs, it wasn't clear what performance levels the RTX servers were rocking until leaks of certain unreleased CPUs and GPUs started popping up.

NVIDIA's GeForce NOW is powered by the Intel CC150 CPU. The reason we know this is true is that benchmarks of virtualized instances of server stacks have started popping up that contain a certain unreleased GPU from NVIDIA that we know was created specifically for the GeForce NOW/RTX server ecosystem. This is going to get confusing really fast so let's take this one step at a time. Earlier today the following leaks were published by the usual suspects (namely TUM_APISAK):

The leak seems to reference a mysterious Intel CPU, the CC150, that has beeen popping up here and there over the last week. While we do know a few things about this SKU, this is the first time it has been benched in conjunction with another whimsical entry: the T10-8 GPU (more on this later). The Intel CC150 is known to have 8 cores and 16 threads as documented by a previous leak we covered:

This new leak however is running a hypervisor, Xen HVM, (which is further evidence for this being a Geforce NOW bench by the way) and features a very interesting read by the software: 2 processors, 4 cores 8 threads. What we are probably seeing here is the HVM splitting the 8-core Intel CC150 into two seperate instances - each with 4 cores. This means that gamers that using GeForce NOW will have access to 4 cores / 8 threads on a shared Intel CC150 per node. The CPU is paired to 14.3 GB of usable FPM (fast page) RAM. The actual RAM might be a 16GB Dynamic RAM kit with some of the memory reserved by the system.

A quad-core instance running Hyper-Threading will usually be more than enough for most modern games, especially if 60 fps is the target (which it is) and shows that NVIDIA has chosen to go with Intel processors instead of AMD ones. The CC150 is locked at a solid 3.5 GHz all-core clock which is pretty decent for a server processor.

Now let's talk a bit about the GPU. One of the reasons we are sure that this leak is of a GeForce NOW/RTX Server instance is because it utilizes an enigmatic GPU called the NVIDIA T10-8. We know very little about this card and it was actually speculated to be the RTX 2080 Ti (but we know now that this is not true). We do know however that it is based on the TU102 die and is a GPU that NVIDIA released only internally, specifically for the GeForce NOW service and for use in RTX servers.

Considering this benchmark leak features the T10-8 more than suggests that we are looking at a GeForce NOW bench. TUM_APISAK, being the champ that he is, also leaked the following benchmark of GeForce NOW featuring the RTX T10-8 GPU and the Intel CC150 CPU: 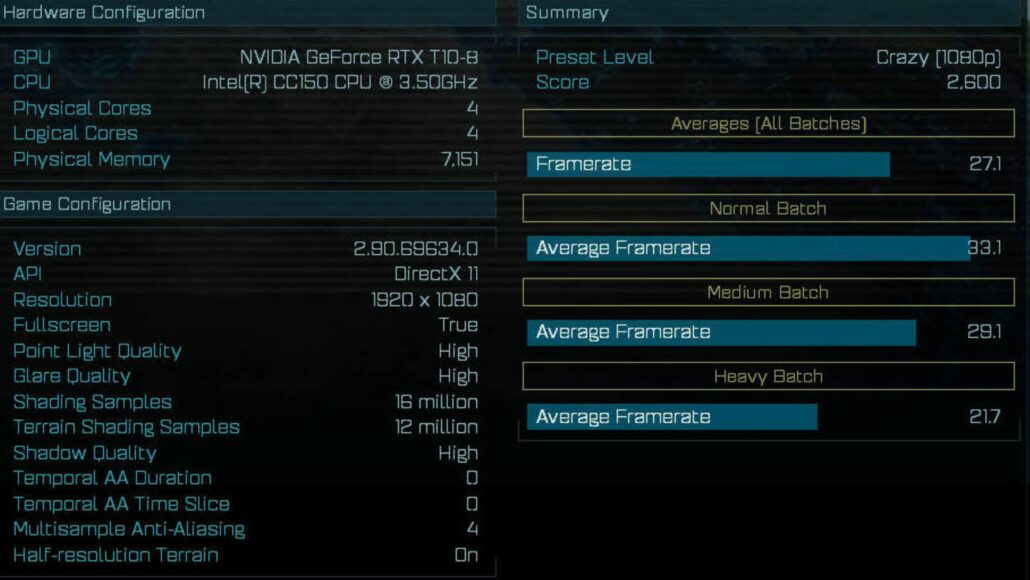 This benchmark of GeForce NOW running Ashes of the Singularity pretty much confirms our theory. The game can see the shared NVIDIA GeForce RTX T10-8 GPU but only 4 of the CC150's 8-cores. This is the gaming performance that you can expect from a single instance of GeForce NOW. This level of gaming performance is mostly adequate for streaming 1080p games. This performance might also vary depending on the type of sharing going on.

I would imagine NVIDIA would usually club users playing low graphically demanding games (like Cuphead) with users playing high graphically demanding games (like Destiny) to optimize the load over a node. Also keep in mind that it is very much possible that we are looking at just one instance configuration and multiple node configurations could exist. A 4-way split of resources might also be possible for low demanding games, for example. One thing is for sure, NVIDIA is in a much better position to take on Google Stadia than any other vendor and partnering up with Intel seems to be a power move.