NVIDIA is going to launch their flagship GM200 GPU based GeForce GTX Titan X graphics card in a few days and Videocardz has published the official pictures of the card, detailing every aspect of the cooler and PCB. The GTX Titan X along with the architectural details will be presented by NVIDIA at the GTC 2015 conference and press reviews of the cards will be out the same day.

The GeForce GTX Titan X will be the fourth entry in the Titan series of cards from NVIDIA. The first three being GeForce GTX Titan, GeForce GTX Titan Black and GeForce GTX Titan Z were released with the GK110 GPU core and the latest iteration of Titan series cards will feature the GM200 core which is the flagship Maxwell series core featuring 8 billion transistors (the exact number cannot be confirmed yet). While specifications remains a mystery at the moment, rumors and leaks did happen to detail some information regarding the card which can be seen listed below.

The alleged specifications include a die based on a 28nm process, featuring the Maxwell core architecture that incorporates 3072 CUDA cores, 192 Texture Mapping Units and 96 Raster Operation unit that are clocked at 1002 MHz core frequency, the boost clock remains to be confirmed. The card features an absolutely staggering amount of memory at 12 GB GDDR5 VRAM (an industry first for a single chip card). The memory is expected to be clocked at 7008 MHz or 7 GHz effective clock which gives the card a maximum band width of 336.0 GB/s along a 384-bit wide memory interface. The card draws power from a 8+6 pin connector configuration and has a TDP around 225-250W though could be optimized since Maxwell is all about power efficiency. While these numbers remain unofficial, there's a high possibility that the GeForce GTX Titan X will feature these specs and come at a price point around $999 US which is similar to previous Titan cards.

Regarding performance, a wide range of benchmarks (mostly synthetic) were revealed a few days back which show that the card is up to 40% faster than the GeForce GTX 980 and is almost on par with a Radeon R9 295X2 with moderate overclocks since the Maxwell architecture does tend to overclock really well with lower load and overclocked temperatures. Similarly, the SLI scaling turned out to be pretty well in 3DMark benchmarks but as usual, synthetic benchmarks don't represent actual scaling as gaming benchmarks do and it's mostly dependent on drivers optimization for specific titles. 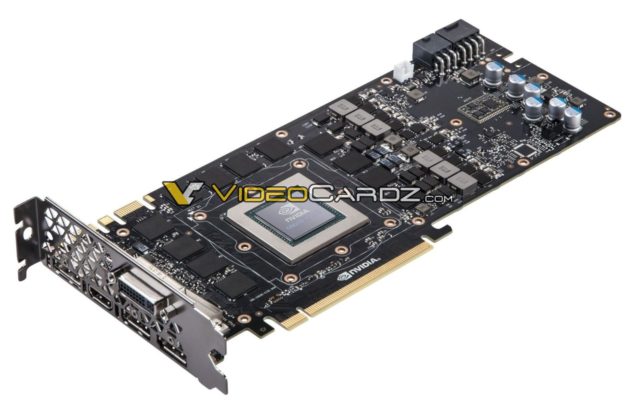 The GeForce GTX Titan X makes use of a similar PCB design to the GeForce GTX Titan Black however has some modifications. It comes with a 8 Phase VRM layout backed by 6 MOSFETs. The OnSemi NCP4206 voltage chip controller has been relocated and most of the electrical circutry has been rearranged. These are small changes at most and the overall looks of the card will remain the same from the insides. The outside of the cards are a where the bulk of the changes have occurred with a better I/O bracket that is featured across the entire 900 series Maxwell lineup featuring a DVI, HDMI and three Display ports connectivity. The card still features 24 VRAM chips as indicated before (12 on front and 12 on back) which allow 12 GB of GDDR5 memory along a 384-bit interface. Two SLI connectors aren't going anywhere since NVIDIA still considers SLI interface being good for multi-GPU scaling and will only ditch it once NVLINK becomes their latest standard for cross-link connectivity with Pascal cards. 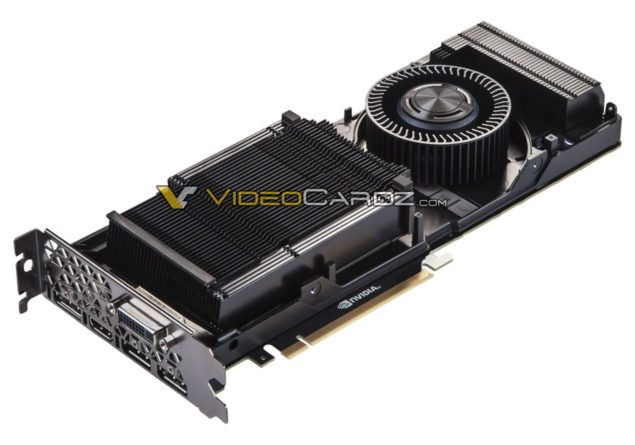 NVIDIA has fallen in love with their NVTTM cooler hence this is the 9th graphics card to feature the same cooling design. There are some changes to the color scheme but the cooler is mostly the same design as it was featured on several cards that came before it. A alloy shroud incorporates a blower type fan which pushes heat through a large vapor chamber that has several aluminum fin array to transfer heat. There's an additional heat sink block on the back of the card which is used to further dissipate heat off the card. Both are colored black to give a neat and unified look to the design of the card.Beneath the heatsinks, the PCB is supported by a large base plate which offers both protection and heat dissipation from the VRAM chips. Some people have asked about the backplate on the Titan X which will not be included since the chips on the back require air and the addition of a backplate will actively block them from getting any air.

Nevertheless, there's a lot more to know about the GeForce GTX Titan X graphics card but for now you can take a look at the card itself.