Nvidia's new Geforce GTX 460 reference design has finally been pictured, The card which is based on the GF104 Architecture will be a mainstream card in the Fermi line-up. The card is shorter than the other Fermi card (GTX 480/470/465) and is a dual slot card. The card is cooled by a fan which is in the middle of the PCB and is placed right over the GPU. The cooler will draw air from the interior and blow it out from the vents at the front and back. As revealed earlier, The GPU is Rectangular than the square design. 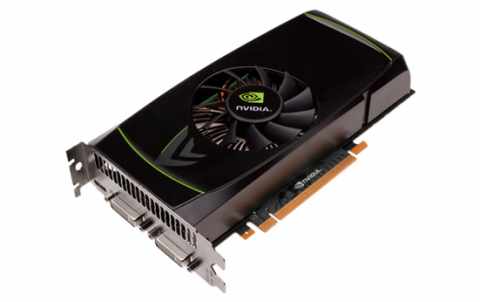 The PCB is colored Black with a Nvidia Logo in the middle of the fan and another right next to it. You can also see traces of 8 memory chips on the back of the GPU which means it will be 256-bit but as only 6 are occupied this variant will have 192-bit. Also the card comes with one SLI-Gold Finger which means it supports 2-way SLI. The card uses two 6-Pin Pci-e Connectors for power while the connectivity features include 2x DVI-D and mini-HDMI. Other specs include Dx11 Compliant, 336 CUDA cores, 768 MB of 192-bit GDDR5 memory (256-bit with the 1GB variant), clock speeds of 675 MHz core, 1350 MHz shader, and 900 MHz memory. The card is expected to launch next month for a price tag of 230$. 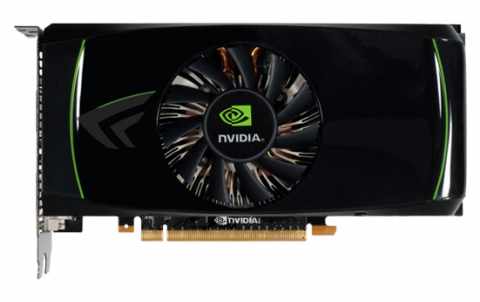 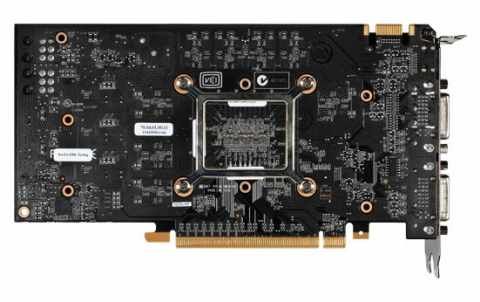 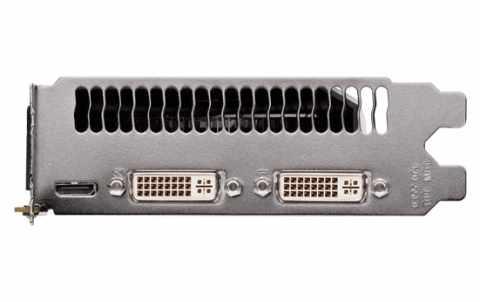