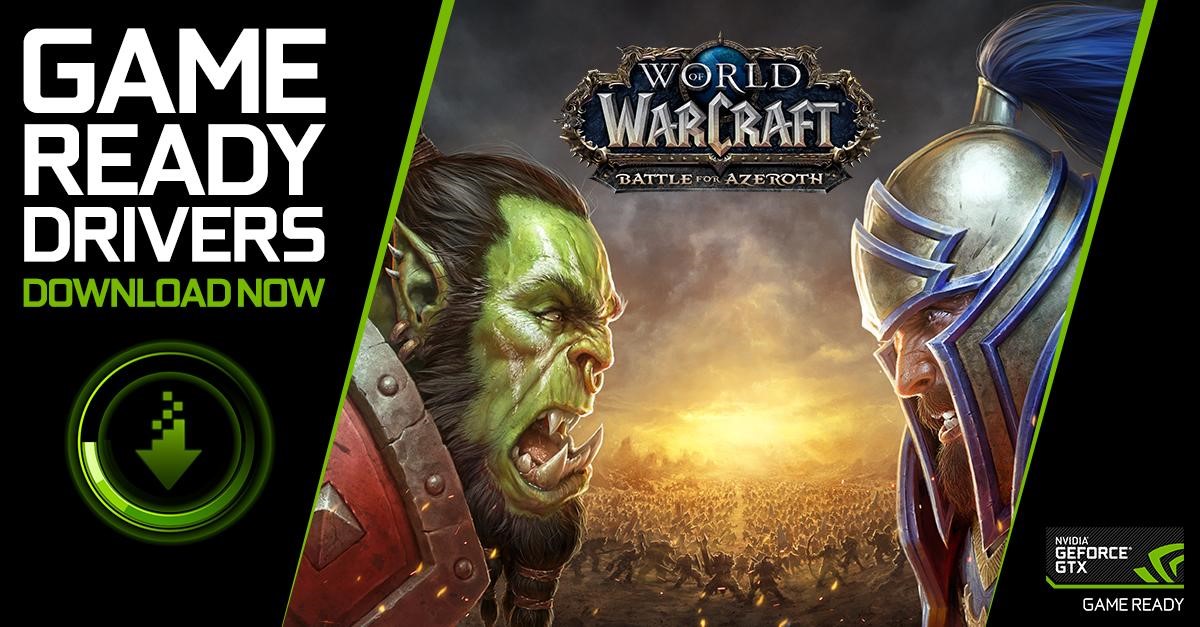 NVIDIA's latest Game Ready driver release, version 398.82, is out now. This Game Ready driver is optimized for World of Warcraft: Battle for Azeroth, the expansion due to launch on August 14th, and Monster Hunter World which is releasing on August 9th for PC.

With regards to Battle for Azeroth, NVIDIA also posted the recommended GPUs for 60FPS gameplay at 1080p, 1440 and 2160p resolutions. 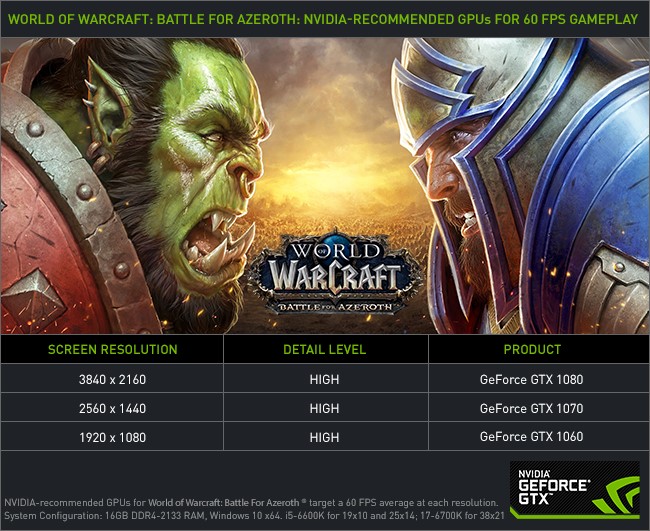 They also shared the following comment on their benchmarks with the game:

If you like World of Warcraft, you like stats, so here’s some: at 1920x1080, our benchmarking concluded with an average framerate of 65.4 on the GeForce GTX 1060, when paired with an i5-6600K. A minimum framerate of 53 was the lowest we saw, and the frametime plot was near-perfect, indicating performance was smooth and stable.

As with each and every new NVIDIA driver, there are several minor changes and fixes as well. You can read them all in the official release notes document, though we've highlighted the most relevant ones below.