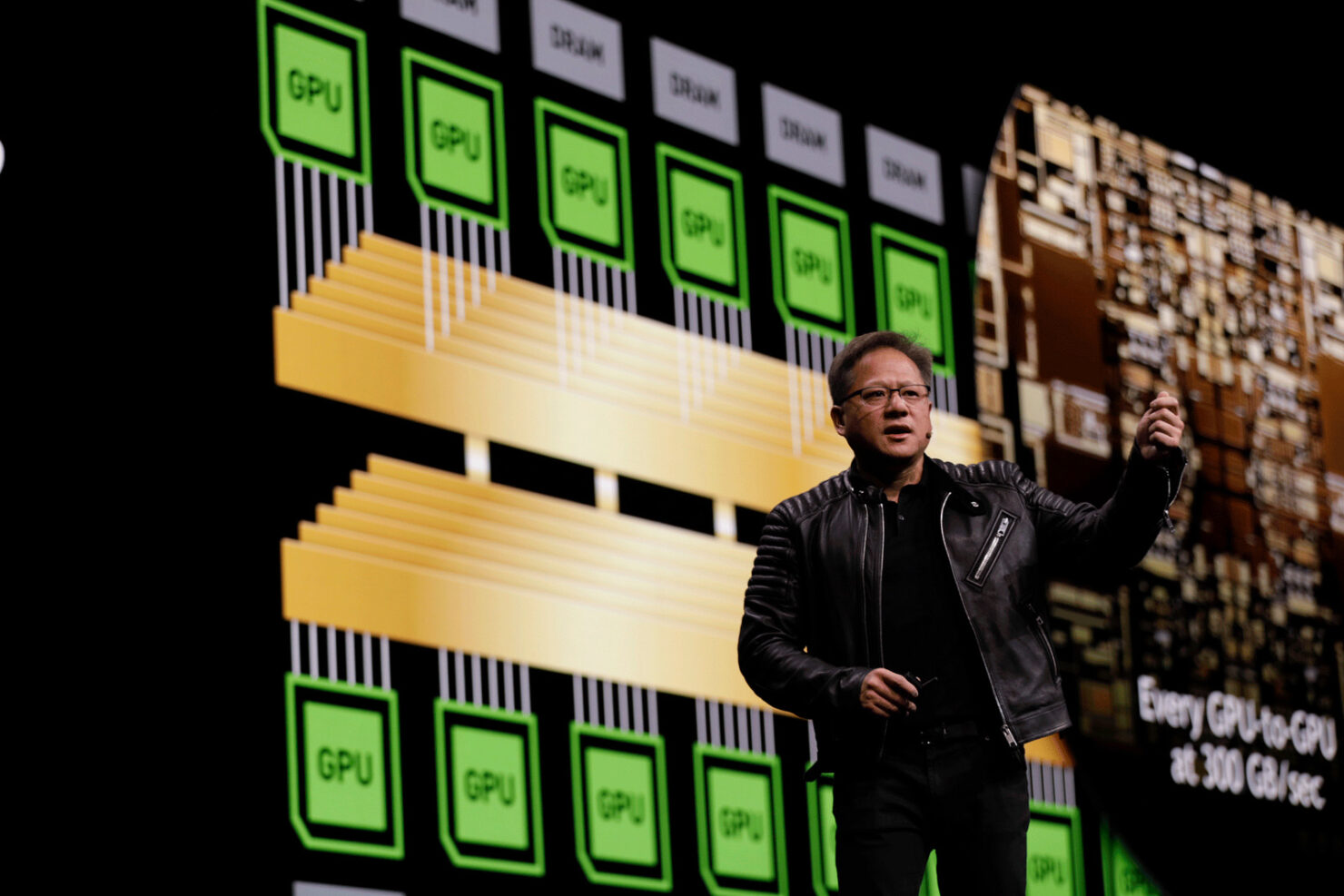 NVIDIA has unveiled a brand new product called the NVIDIA DGX-2 supercomputer which is basically 16 Volta GPUs stacked together using NVSwitch - which is basically a high performance external interconnect. The entire package has a power consumption that is a fraction of what you would traditionally get using CPU based clusters but of course comes at a premium.

Keep in mind calling this server rack a GPU is a misnomer. While the use of NVSwitch does in fact make it much faster than a server rack with 16 Volta GPUs in a vanilla setup, it is still nowhere near as fast as enough as a GPU of this calibre would truly be. The server packs a total of 81,920 CUDA Cores with 512 GB HBM2 memory and a 14.4 TB/s aggregate bandwidth and 300 GB/s GPU to GPU. The total power consumption of the rack is 10,000 watts and weighs 350 pounds. 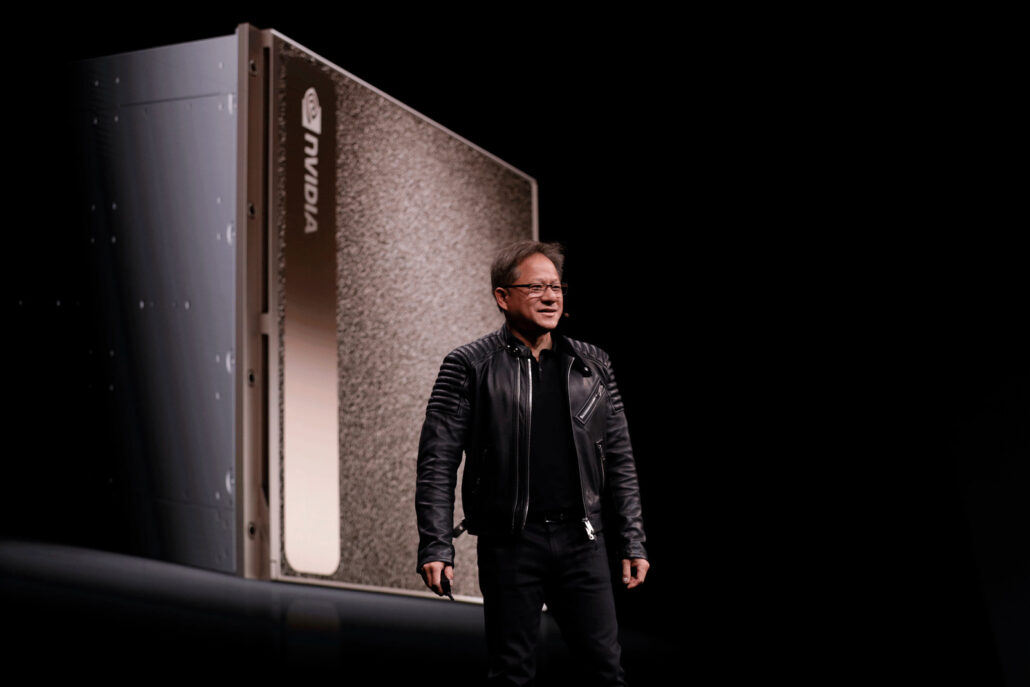 DGX-2 provides 10X the processing power of DGX-1 of six months ago, unveiled in September 2017.

The exploration space of AI, the number of layers, the training rates sweeping through different fraemworks, with bigger networks, more experimentation, DGX-2 couldn’t come at a better time.

How much should we charge is the question? It tooks hundreds of millions of dollars of engineering to create this.

It’s $399K for the world’s most powerful computer. This replaces $3M of 300 dual-CPU servers consuming 180 kilowatts. This is 1/8th the cost, 1/60th of the space, 18th the power. “The more you buy, the more you save,” Jensen says, repeating a phrase he’s used at a number of these. via NVIDIA 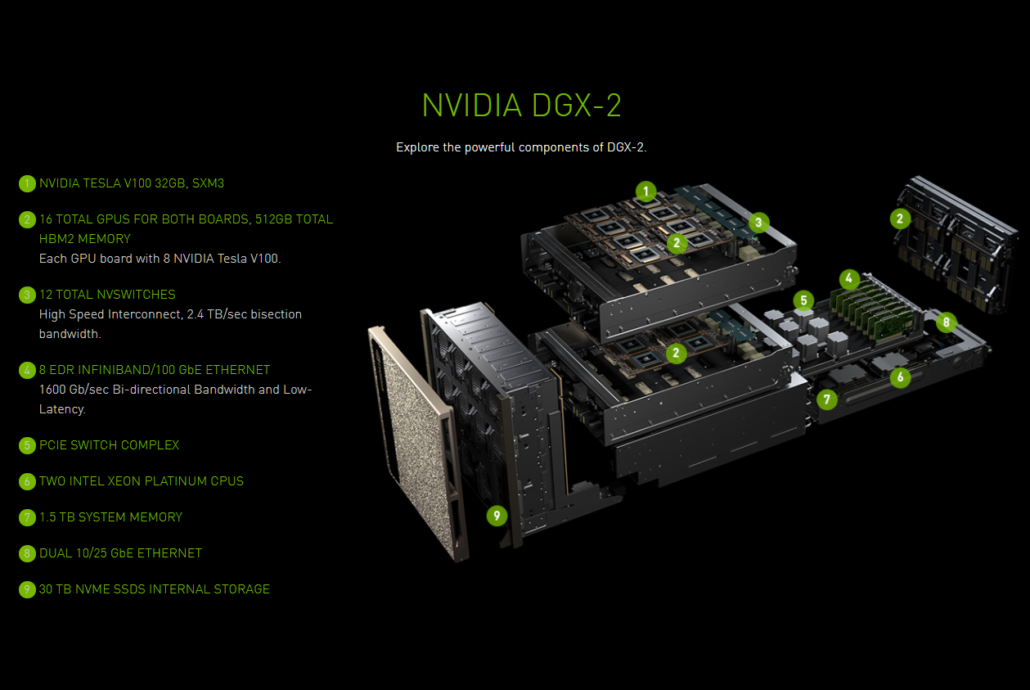 8x EDR 100 Gigabit ethernet connectors make up for connectivity and the GPU cluster is driven by 2x Xeon Platinums which if its the 8180 would pack a total of 56 cores - more than enough to handle the driver's seat. 1.5 TB of RAM is also included with 30 TB of NVME SSDs. The interconnect fabric used is seamless and can go both ways, so this is definitely not simply 16 Volta GPUs connected. Its more than that - but still not a wholesome GPU. You can buy the DGX-2 for $399,000 (fun fact, the DGX-2 is 500 times faster than 2x GTX 580s but also 399 times more expensive). 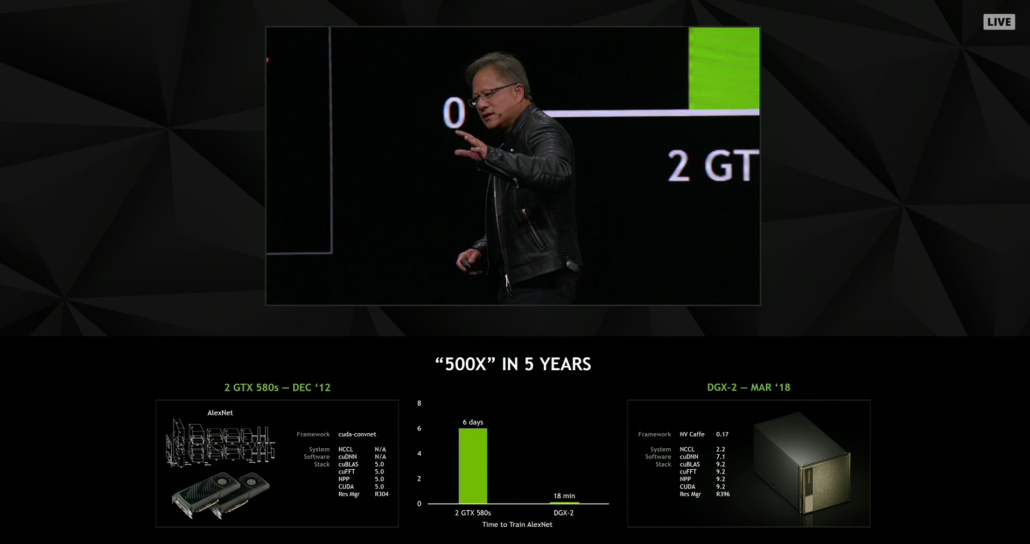 DGX-2 is the first system to debut NVSwitch, which enables all 16 GPUs in the system to share a unified memory space. Developers now have the deep learning training power to tackle the largest datasets and most complex deep learning models.

DGX-2 can train FAIRSeq, a state-of-the-art neural machine translation model, in less than two days — a 10x improvement in performance from the DGX-1 with Volta, introduced in September. 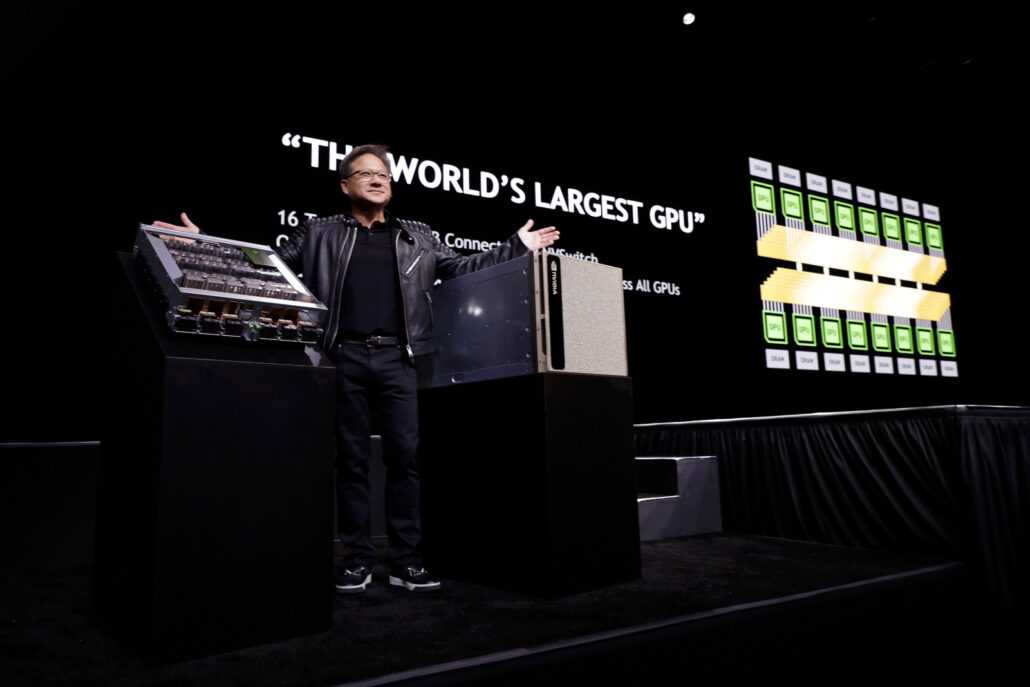 DGX-2, with 16 GPUs, is the top of the lineup. It joins the NVIDIA DGX-1 system, which features eight Tesla V100 GPUs, and DGX Station™, the world’s first personal deep learning supercomputer, with four Tesla V100 GPUs in a compact, deskside design. These systems enable data scientists to scale their work from the complex experiments they run at their desks to the largest deep learning problems, allowing them to do their life’s work. 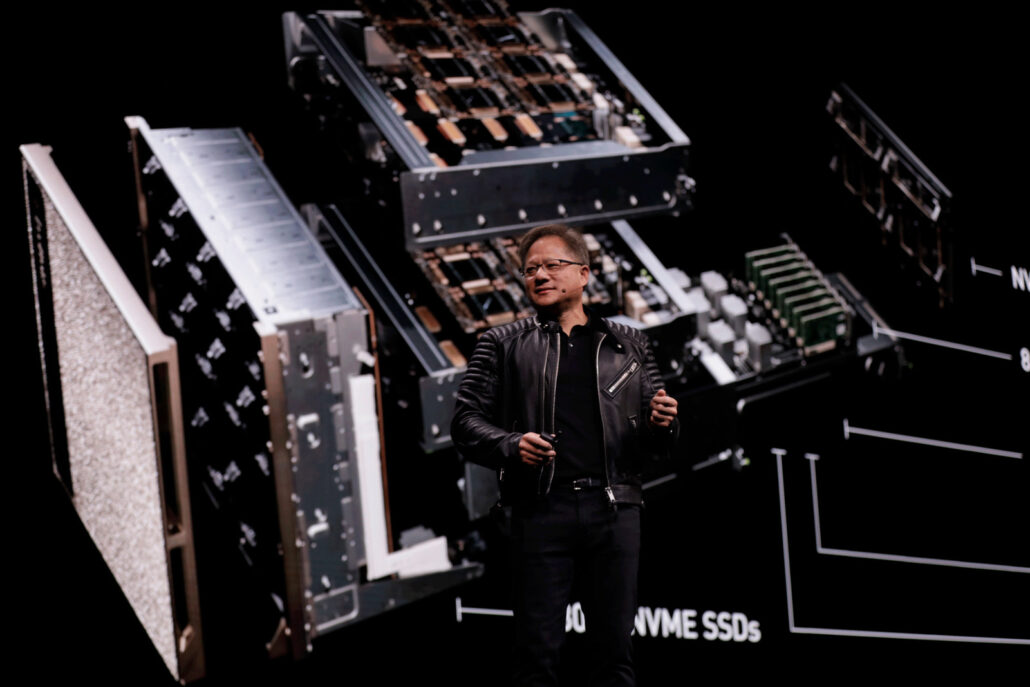 Further information, including detailed technical specifications and order forms, is available at https://nvda.ws/2IRilLe.