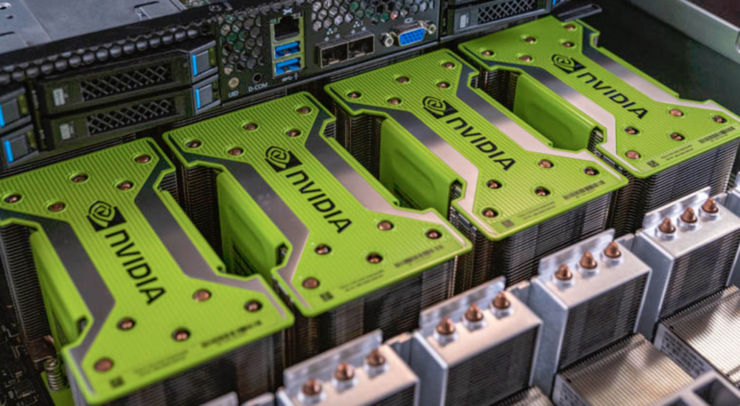 GPU designer and seller NVIDIA Corporation (NASDAQ:NVDA) released its earnings for the second quarter of the fiscal year 2021 yesterday. The results revealed that in a quarter that saw economies all over the globe struggle to recover from the crunch ushered in by the coronavirus, NVIDIA's revenues for Datacenter and Graphics grew both sequentially and year-over-year.

Following this strong performance in the quarter that also saw the company's rival Advanced Micro Devices, Inc post the second-highest revenue in its history, Wall Street analysts are now all over NVIDIA – with the company witnessing a fresh spurt of optimism as it heads into its third quarter.

Out of the six analyst notes from Barclays, Oppenheimer, Mizuho, Citi, RBS and Piper Sandler released since NVIDIA's earnings report yesterday, Oppenheimer has the highest price target for the company. NVIDIA's shares closed at $485 yesterday and dropped in pre-market hours today even as the company posted strong quarterly results. The drops came after Tuesday's rally reversed itself following statements by the Federal Reserve indicating that heavy impacts on the economy from the coronavirus were not over.

Heading into yesterday's earnings, Oppenheimer had raised its price target for NVIDIA by 25%, or from $400/share to $500/share. The results have led the research firm to further raise expectations for NVIDIA, with Oppenheimer's new price target for the company now standing at $550, following a 10% hike.

Analyst Rick Schafer bases this hike on NVIDIA's strong performance during the quarter and on what he believes is an incoming "strong gaming" cycle - undoubtedly to be ushered in by the rumored RTX 30 'Ampere' lineup that is rumored to double Raytracing and DLSS performance over its predecessor.

The biggest price target increases however came from Piper Sandler and Citi Group. Piper hiked its NVIDIA price target to $540 from an earlier $390, marking for a 38% increase. The firm's analyst Harsh Kumar based this decision not only on the strong performance that NVIDIA showed during its second-quarter but also on the company's forward guidance for the current quarter that will end in October. At yesterday's call, the company revealed that it expects revenues to grow by 14% sequentially and 47% year-over-year to stand at roughly $4.4 billion.

Citi analyst Atif Malik also set NVIDIA's price target at $540/share, marking for a roughly similar increase as Piper's from an earlier target of $392/share. Malik based his decision on strong expectations from Ampere, as the analyst went as far as to state that the lineup is the year's "best product cycle" story. Ampere is in the early stages of its ramp and corporate adoption of the lineup is yet to commence informed Malik in his note to investors.

Barclays analyst Blane Curtis also raised NVIDIA's price target following yesterday's earnings release, with the bank now indicating that NVIDIA is currently undervalued on the open market. This belief comes in the form of a $520/share price target set by Curtis, with the new estimate marking for 17% growth over Barclays' previous price target of $450/share. The bank concurs with other research and investment institutions that NVIDIA's current quarter will mark for strong gaming performance that is in line with the company's estimates quoted above.

RBC Capital hiked NVIDIA's price target to $528/share as it was impressed by the company's performance in Datacenter that helped NVIDIA grow revenues in the previous quarter significantly. NVIDIA's datacenter revenue was helped by the company's acquisition of Mellanox Technologies, with the deal officially having closed in the previous quarter. Wedbush analyst Matt Bryson also cited strong datacenter performance as the reason behind the firm's new $525 price target for NVIDIA, with the analyst also stating that NVIDIA's $4.4 billion revenue guidance was above his own estimate of $4.1 billion.

Investment bank Morgan Stanley's NVIDIA price target hike mirrors Piper Sandler and Citi, with Stanley's new price target for the company sitting at $507, after a 33% increase from an earlier $380. Analyst Joseph Moore however retained an Equal Weight rating implying that NVIDIA might be a little too volatile for portfolios to consider upping its composition percentage.

Credit Suisse analyst John Pitzer provided important insights into NVIDIA's operations, with Pitzer raising his NVIDIA price target to $530/share through a 25% hike. According to Pitzer, demand for server processors will drop for the remainder of this year due to decreasing corporate spending and inventory digestion in the datacenter arena. The analyst however reiterates optimism for Ampere and pairs it with a slowdown in gaming content due to the coronavirus for hinting that the upcoming gaming cycle might last longer than initially expected.

All price target and research note details mentioned in this piece have been sourced from the aggregator website TheFly.com.