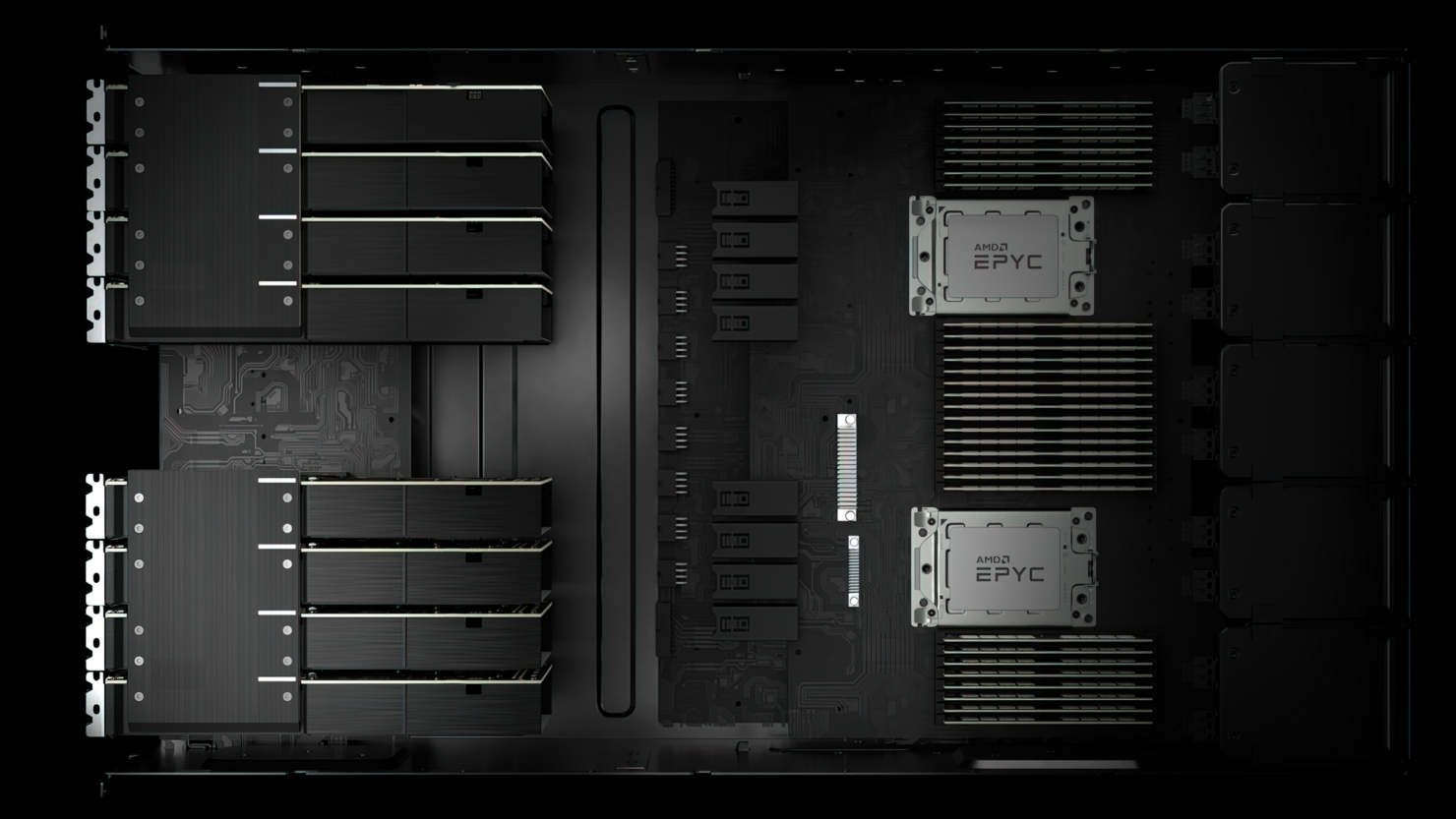 The specifications of NREL's Kestrel supercomputer which is designed by HPE have been revealed and features up to 44 PFLOPs of computing horsepower, powering up with Intel's Sapphire Rapids Xeon, AMD EPYC Genoa CPUs & NVIDIA's H100 GPU accelerators.

The US DOE's National Renewable Energy Laboratory (NREL), announced its plans last year for Kestrel, a brand new supercomputer that will tap into the latest technologies from AMD, Intel & NVIDIA, to replace their existing Eagle supercomputer. The supercomputer will be designed by Hewlett Package Enterprise (HPE) and during a recent conference, they unveiled the first look at specs for the system. 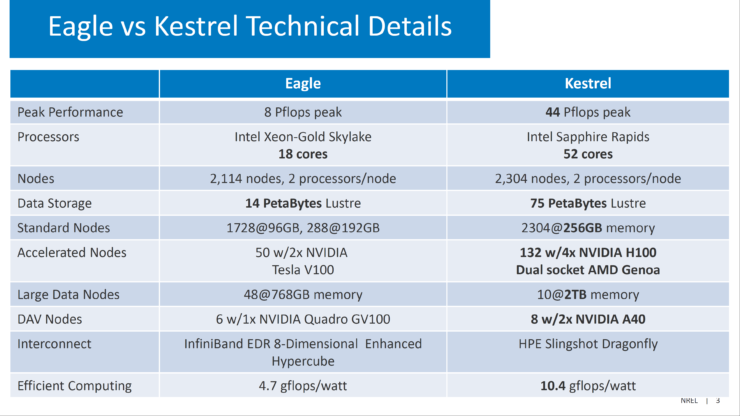 The Kestrel supercomputer will make use of standard and accelerated nodes. It will have a peak performance of 44 PetaFlops, a 5.5x increase over the existing Eagle system. For the standard nodes, Kestrel will utilize Intel's latest Sapphire Rapids 'Xeon Scalable' CPUs. The particular config used by Kestrel is a 52 core and 104 thread SKU. There will be 2,304 standard nodes with each node running 2 processors in a dual-socket configuration. That's a total of 4,608 Intel Sapphire Rapids-SP CPUs with a total of 239,616 cores and 479,232 threads. Data storage will consist of 75 PetaByers of Lustre storage and each of the 2304 nodes will be configured with 256 GB of DDR5 memory for a total of 560 Petabytes of system ram. 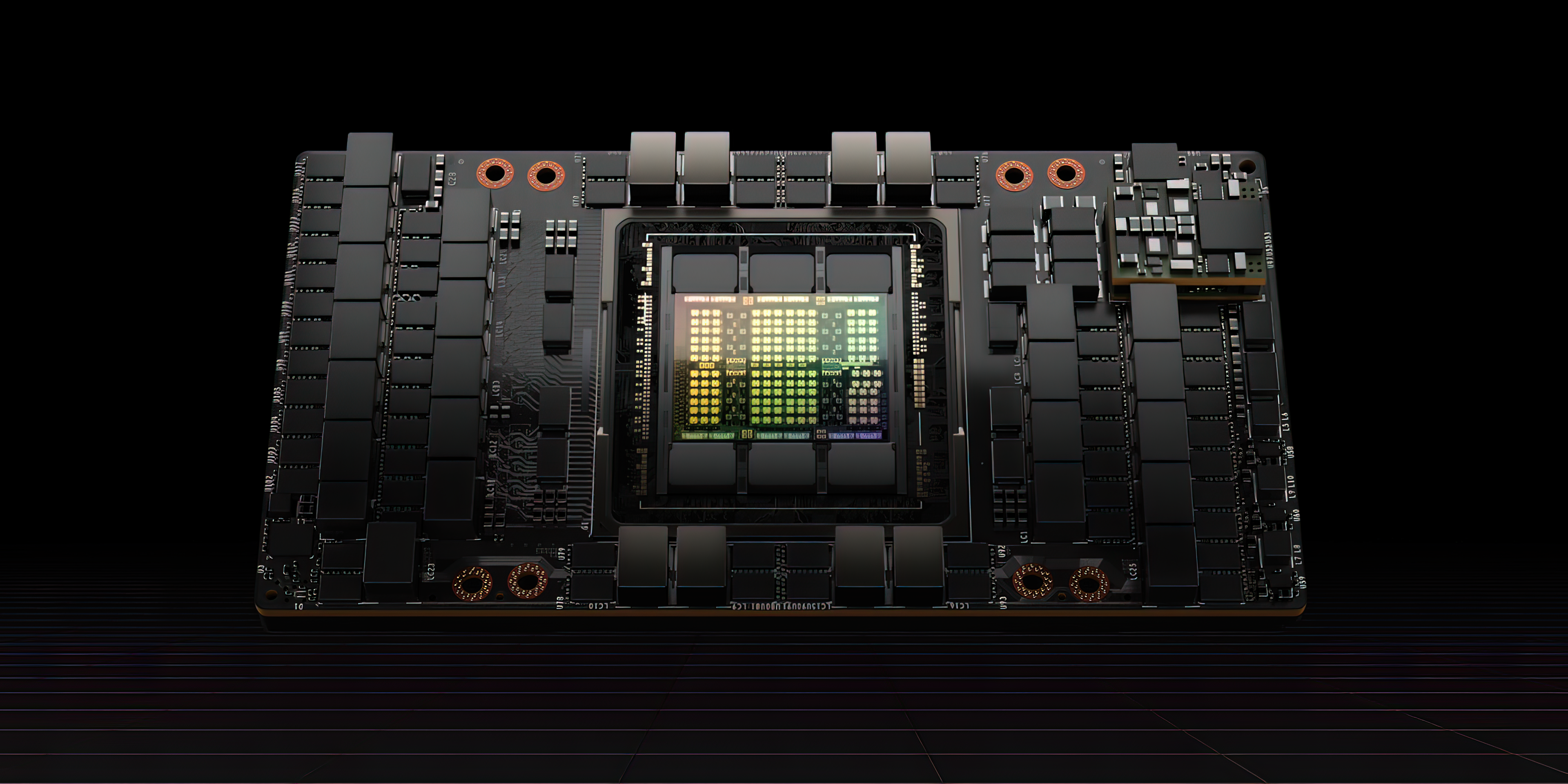 We don't know the exact configurations of either the NVIDIA H100 GPUs or AMD EPYC Genoa CPUs used within Kestrel but if we take the top configuration, we get up to 8,921,088 CUDA cores (H100 SXM5) and a total of 25,344 Zen 4 cores (EPYC Genoa Up To 92 cores). The Accelerated node will also have 42 TB of HBM3 memory and 20 TB of system memory. There are also 8 DAV nodes which include up to 16 NVIDIA A40 GPUs. All of this will be connected using the HPE Slighshot Dragonfly interconnect. Some features of the HPE Slingshot interconnect include: 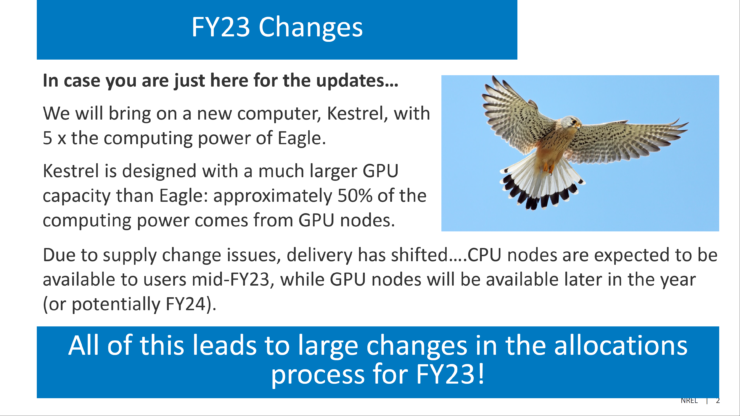