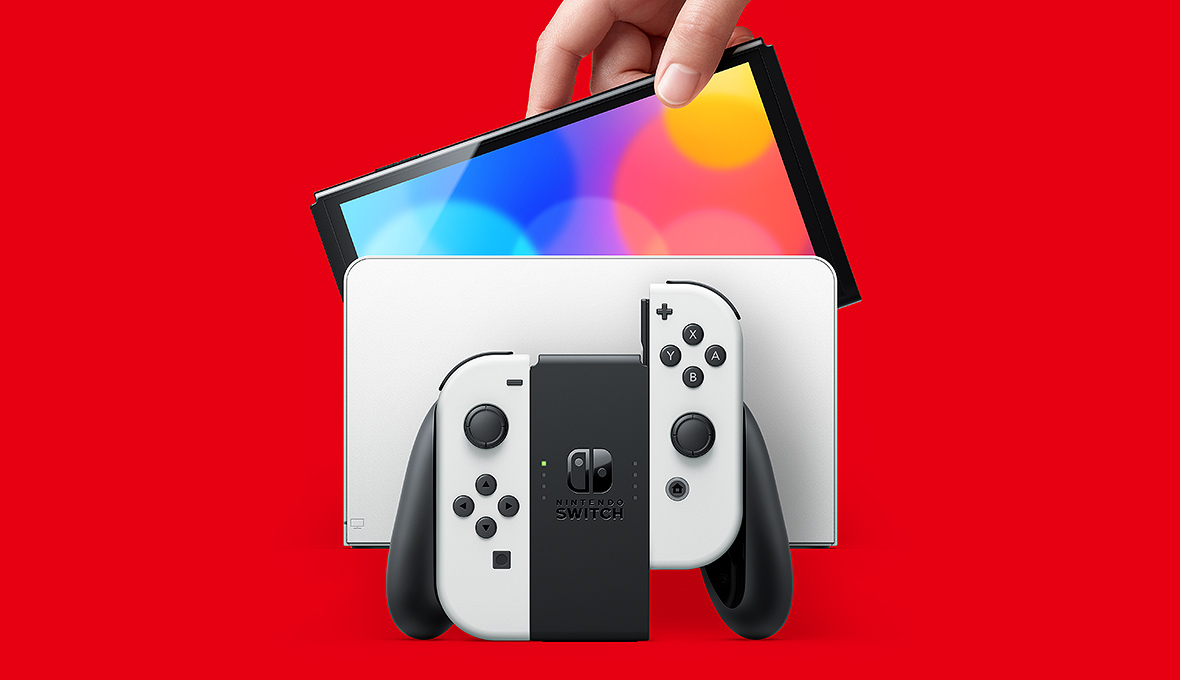 NPD Group has graced us once again with a report that tells us of the latest financial results of the gaming industry. The biggest highlight is the fact explained in the title. Indeed, despite suffering a fall of 3% in terms of hardware sales, Nintendo has enjoyed quite a push, with its Switch platform becoming the best-selling console of December 2021.

In terms of unit sales, the Nintendo Switch was the best-selling hardware of both December and the year overall. However, when it comes to total money earned, Nintendo was tied with Sony despite the PlayStation 5's difference in pricing. According to the NPD Group report, the sales of the PlayStation 5 and Nintendo Switch were 'effectively tied' for dollar sales leadership in the month.

The second highlight of the latest NPD Group report is that despite a decline of 1% in terms of consumer spending across video game hardware, content, and accessories when compared to a year ago; 2021 consumer spending reached a record of $60.4 billion, 8% higher than last year's record. 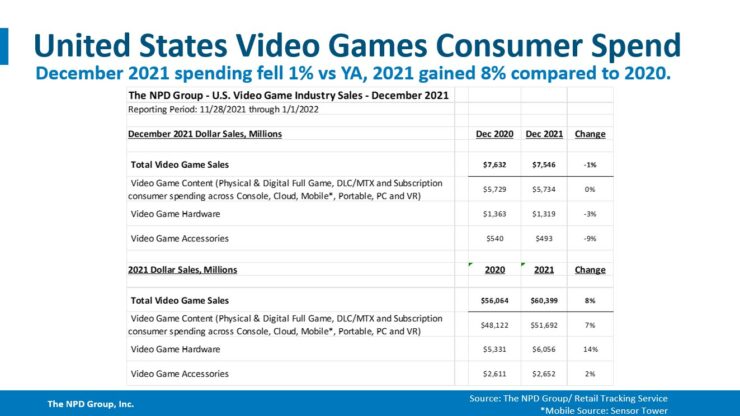 This figure includes revenues from all content categories (including full-game, post-launch, and subscription spending across console, cloud, mobile*, portable, PC, and VR platforms), hardware, and accessories.

Speaking of which, December growth in subscription and recurrent spending across PC, console, VR, and mobile platforms offset declines in premium game sales to keep content spending flat vs YA. Hardware (down 3%) and accessory (down 9%) spending fell in December 2021 when compared to December 2020. 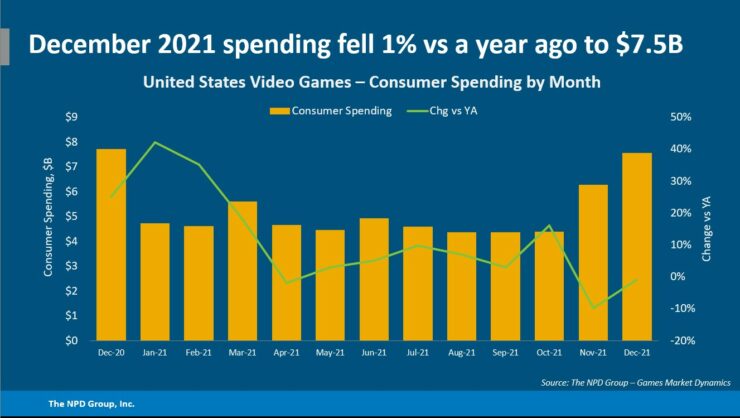 Meanwhile, Microsoft's last game of the year, Halo Infinite, was the second best-selling game of the month as well as Xbox's best-selling game in December. Pokemon Brilliant Diamond/Shining Pearl snagged spot #3 in December, ranking 1st on Nintendo platforms for both Dec as well as 2021. 2021 dollar sales of Pokémon franchise physical software reached their highest annual total since the year 2000.

As always, the results can be seen below in the following charts:

Next, we move on to December 2021's Mobile spotlight. The Mobile gaming market was the third largest month for spending in the past 3 years. U.S. consumer spending in mobile games in 2021 increased nearly 14% compared to 2020.

In addition, December was the 10th consecutive month consumers spent more than $2 billion in mobile games across the App Store and Google Play, something that's occurred 15 times since the onset of the global pandemic, with 11 of those occurrences coming in 2021. Top-performing apps are the usual suspects of every month including Coin Master, Garena Free Fire, Genshin Impact, Candy Crush Saga, Call of Duty: Mobile, and Clash of Clans.

Closing off the report, NPD Group reported that December 2021 spending on video game accessories declined 9% when compared to a year ago, to $493 million. 2021 sales of accessories totaled $2.7 billion, an increase of 2% when compared to a year ago. The Xbox Elite Series 2 Wireless Controller was the best-selling accessory of December 2021, while the PS5 DualSense Wireless Controller White was 2021's best-seller.