N.O.V.A 2 Out Now For iPhone, iPad And iPod Touch

N.O.V.A 2 is game series made exclusively for Apple’s iPhone, iPad, and iPod Touch. It is created and developed by Gameloft and is also known as Near Orbit Alliance Vanguard 2: The Hero Rises Again. 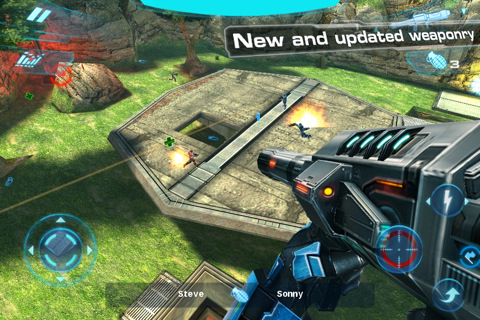 The sci-fi action adventure game has been released on December 15, 2010. This is the second installment of the critically acclaimed N.O.V.A series. Furthermore, the game’s storyline will be pretty similar to the original series. Humans will still be bound to fight and defeat an evil alien race known as Xenos.

The ultimate sci-fi FPS is back! Get ready to step into a whole new level of gaming on your Apple device!

BETTER, FASTER, STRONGER!
- Meet new enemies with improved AI! Volterites’ new tactics make the gyroscope controls ideal
- Master a larger range of weapons & powers
- Much more diversified gameplay: run, shoot, fall, drive a motorbike, pilot a giant mech, and blast a laser
- The more, the merrier, now with up to 10 players in 10 multiplayer maps
- Build a career and rise through the multiplayer leaderboard
- Explore new locations, offering amazing graphics, fully optimized for the Retina display
- Enjoyed the first N.O.V.A. – Near Orbit Vanguard Alliance? Be rewarded with extra bonuses.
---------------------------------------------
IGN: "Using your sci-fi boom-boom is made easier thanks to the gyro, which Gameloft used to great effect."
Pocket Gamer: "N.O.V.A. 2 promises to be the complete iPhone and iPod touch shooter experience."
TouchGen: "Fans of the original are unlikely to be disappointed."
---------------------------------------------
6 years have passed since the events depicted in the first episode.
Humanity is now thrown into a bloody civil war fought on one side by the central government of the Terran Orbitals and the self-appointed Human-Alien Alliance; a new organization with a mysterious origin and agenda. Kal Wardin left active service in N.O.V.A. years ago and now lives among the colonists of the desert planet Scorpius.
But war never spares even the most peaceful places...

INTENSE MULTIPLAYER MODES:
- 1~10 players online or locally
- 5 modes: Free for All, Team Deathmatch, Capture the Flag, Freeze Tag, and InstaGib
- Ranking & Perk systems
- 10 maps on which to battle it out
- Play against your friends or the entire world through Gameloft LIVE!
- Worldwide leaderboards in the game & on the official website, www.near-orbit-vanguard-alliance.com

EXCLUSIVE REWARDS FOR VETERAN PLAYERS
If you played the first episode:
- Jump into multiplayer with bonus XP, allowing you access to advanced weaponry
- Unlock a special achievement on Gameloft LIVE!

So if you’re interested, you can purchase the game on the App Store at around $6.99. Here's the link.

Oh and last but not least, some more epic screenshots of the game: 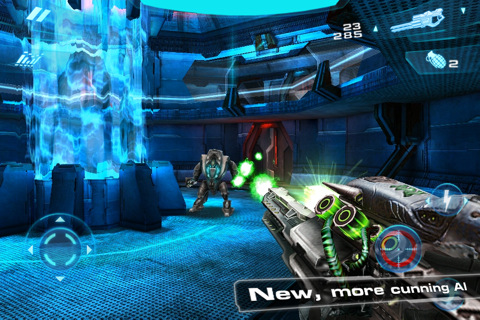 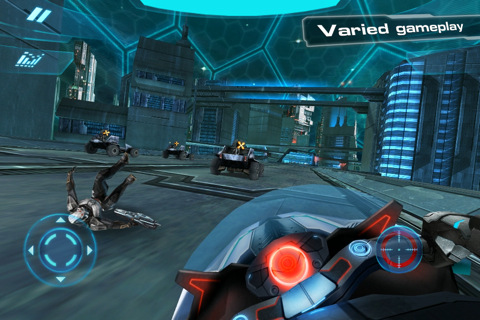 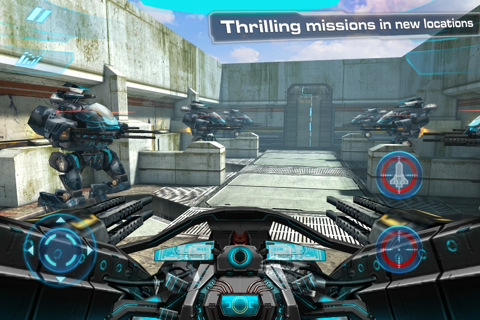 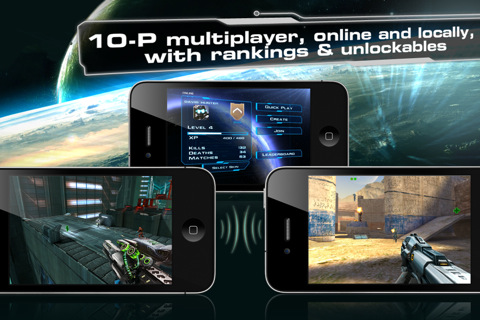