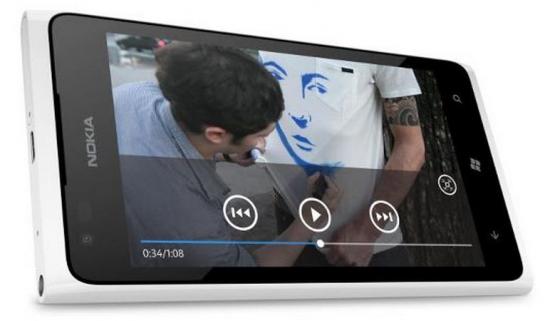 Nokia announced Lumia 900 earlier this year at CES. The phone won the hearts of all Windows Phone fans mostly due to its beautiful polycarbonate body and the stunning 4.3" Clear Black AMOLED screen. If Lumia 800 was anything to go by, the 900 would be releasing with three colors: red, blue and black. However with the white Lumia 800 being made official yesterday by Nokia, a leaked picture of the white Lumia 900 has surfaced.

It's the same glossy finish as we've come to love on the N9 and now on Lumia 800. It also doesn't come as a surprise that Lumia 900 would also have a white variant considering its other polycarbonate siblings have this color in stock. Lumia 900 is currently exclusive to AT&T only and there's no telling when Nokia will make it global or at least release a global variant. There's also no official word on whether the white Lumia 900 will be available at launch or some time later.