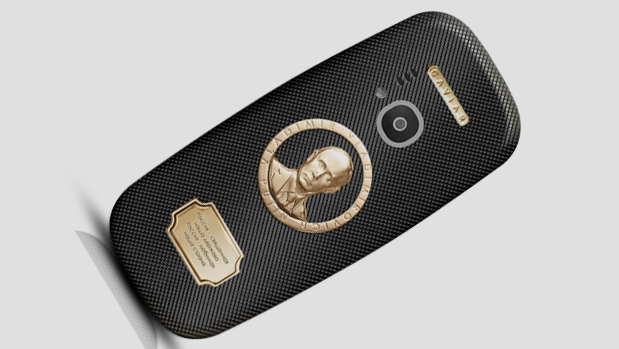 This year's MWC in Barcelona was full of surprises. Sony launched the Xperia XZ Premium, a device that's truly high end. It's got all the necessary specifications for the tile and is the first smartphone to feature a 10nm processor. Nokia also made an appearance at the show, and managed to generate active consumer interest for the first time in years. It launched a lot of new devices and also revamped the iconic Nokia 3310. Now, we've got an interesting twist on the device for you. Take a look below for more.

What can we say. It's a strange and unpredictable world that we live in. Talking economics, even if there is a smallest of demand present in the market, you can bet good money it'll be met with a supply source. Same is the case with the Nokia 3310. The device marked a nice touch of nostalgia at its MWC launch. The rat race that we've termed as the flagship smartphone industry makes us forget that its still possible to communicate with much simpler device.

The 3310 is a modest phone. It's got a 2MP rear camera, is 12.8mm thick and has a 2.4 inch TFT screen with a resolution of 240 x 320 pixels. In the battery department, HMD Global throws modesty out of the window. The 3310 features a talktime life of 22 hours and stand by life of one month. The device is available in color options of Red, Blue, Yellow and Grey. However, sometimes one might find these to be too mundane for advanced tastes. If so, we've got just the device for you.

The Caviar Nokia 3310 Supremo Putin is a version of the 3310 that features a titanium housing, gold trimming across the border and the picture of Russian president Vladimir Putin at the back. Because what better way to commemorate the president than engrossing his face on a device that's long associated with durability. According to the makers of the Supremo Putin, "The return of the cult phone from Nokia did not go unnoticed by Caviar designers, who immediately after the appearance of the official information about the new edition of the 3310 model, presented their version of the design of this phone with gold, giving it luxury, style, and a real Russian character."

All this real Russian character isn't cheap though. This version of the Nokia 3310 will cost you $1700, translated from the price tag of 99,000 Rubles, But hey, at least you'll make sure that every one is reminded of the Russian president everytime you make a phone call in their vicinity, or take some photographs. What better way to start off the day. Thoughts? Let us know what you think in the comments section below and stay tuned for the latest. We'll keep you updated.