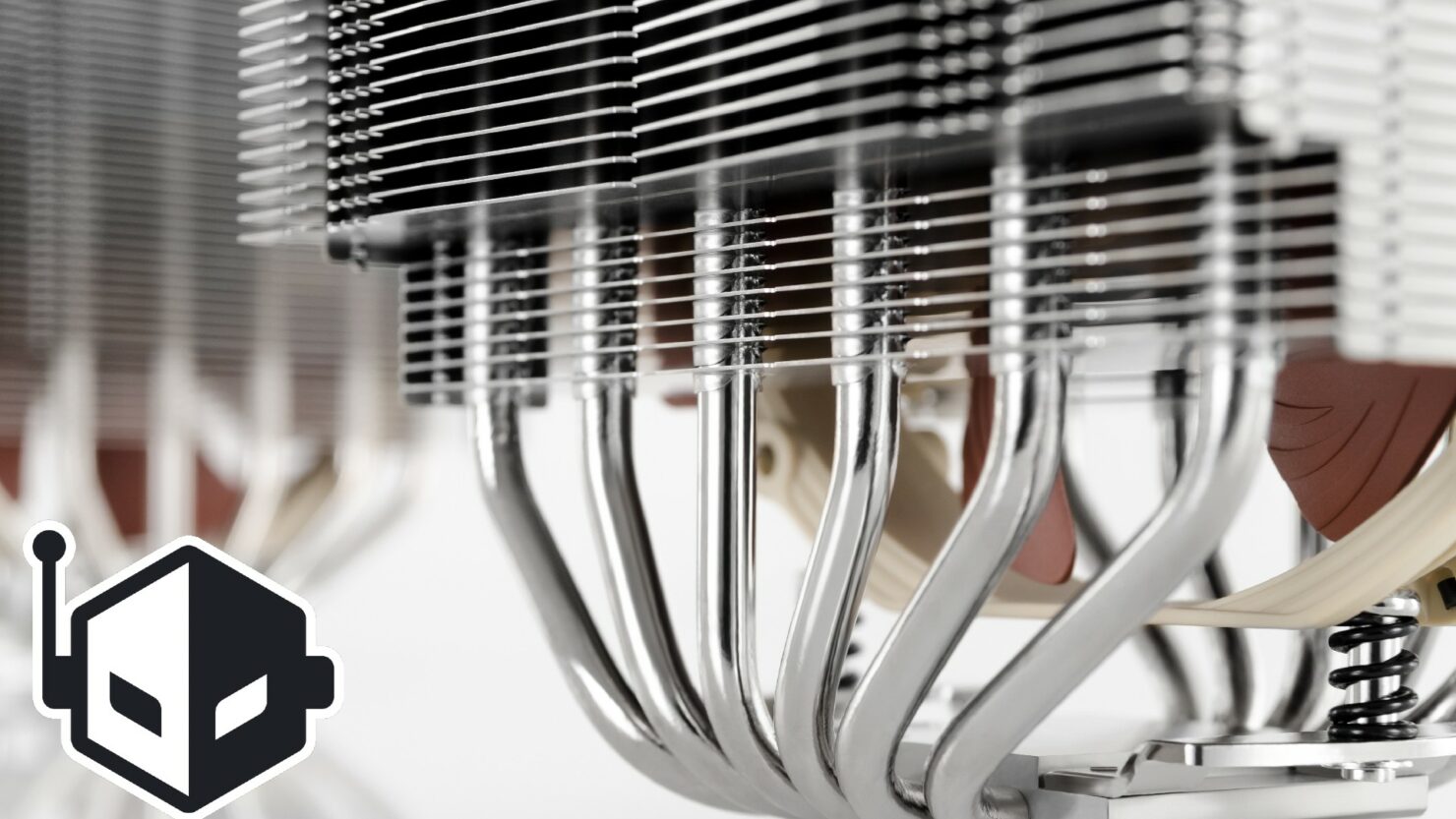 Noctua has officially showcased its road map that starts at Q3 of 2021 and continues until Q2 of 2022; this roadmap features some fascinating information ranging from a new generation of the NH-D15 is on the horizon to Noctua getting ready to release CPU coolers for Intel's LGA4189 socket, and even a desktop fan.

Noctua's roadmap showcases their upcoming products ranging from releasing CPU coolers for the LGA4189 up to Noctua's first desk fan!

Noctua's recent roadmap showcased many of their upcoming products, although they have stated that these are the current ETAs and may be subject to change. They did also state that they will be updating the road map with any delays that may occur. 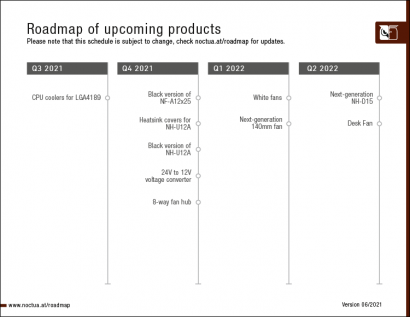 The roadmap doesn't state any of the names for the upcoming coolers or how many coolers are planned for the LG4189 Intel sockets. Although with Noctua's business, many upcoming coolers will most likely be tailed for server or workstation use.

While the NH-D15 has seen a couple of variations since its initial release back on April 8th, 2014, ranging from changing the color scheme from Noctua's standard to a simple black to having an asymmetrical version to offer the highest compatibility for RAM and PCIe cards.

Noctua has stated it plans to release a desk fan in Q2 of 2022. In Q2, which is right around April 1 to June 30th, it makes it an ideal time for a powerful and silent fan to be released. While Noctua enthusiasts would like a desktop fan with the Noctua color scheme, ideally, they would release a standard black or grey version alongside it for those who may want a more standard design for their desk fan.