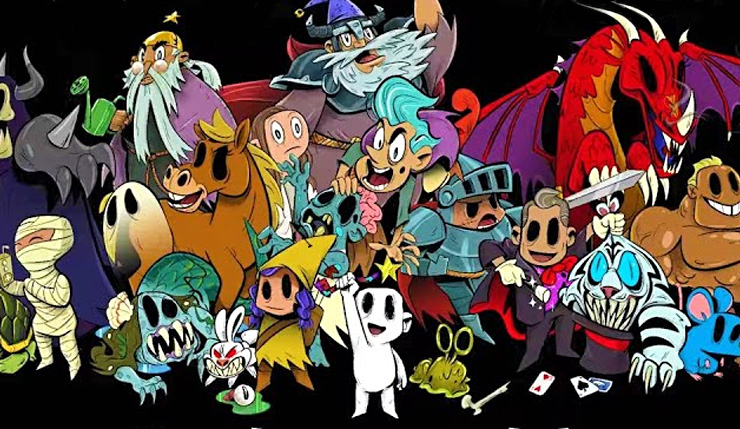 Microsoft just revealed a whole host of promising new indie games during the ID@Xbox Showcase, and one of the most colorful and interesting-looking was Nobody Saves the World from Guacamelee developer DrinkBox Studios. At first glance, the game may look like just another dungeon-hack RPG, albeit one with a nice art style, but DrinkBox is doing some fun things to mix up the formula. First off, you’ll eventually be able freely swap between 15 different forms, including classic RPG classes like Ranger and Rogue, as well as some less-typical forms like a bodybuilder, mermaid, or horse. Also, say goodbye to level grinding – progression comes from completing quests, not bashing enemies over the head for XP. You can check out the debut trailer for Nobody Saves the World, below.

Looking like a lot of fun. Need to know more? Here’s the official description for Nobody Saves the World via the game’s Steam page…

From the developers of Guacamelee! 1 + 2 comes Nobody Saves The World, a new twist on Action RPGs, in which you play many different character Forms, each with their own unique gameplay mechanics. Complete Quests to discover and swap between 15+ varied and distinct Forms. Mix and match abilities in unique and interesting ways to find and complete even more difficult Quests, and unlock more powerful Forms. Explore a vast overworld, clearing procedurally generated dungeons in an effort to beat back The Calamity and Save the World!

Nobody Saves the World on PC, Xbox One, and Xbox Series X/S “soon-ish.”