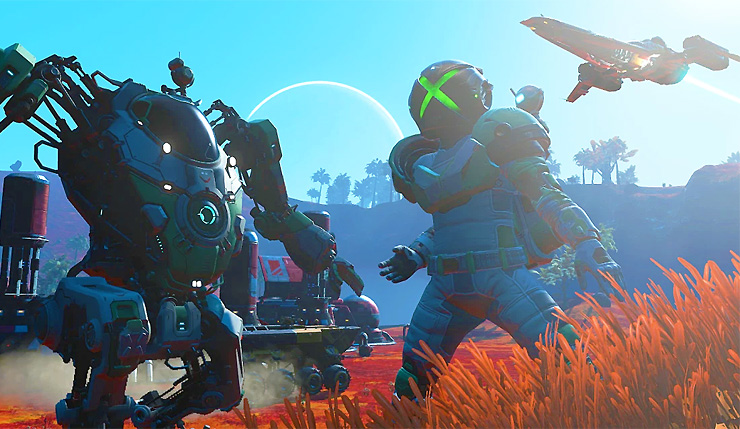 Xbox Game Pass is already home to a lot of big adventures, but now subscribers have an entire galaxy of exploration to look forward to as No Man’s Sky has been announced for next month. Hello Games have also revealed they’ll releasing a Windows 10 version of NMS for those who don’t want to buy on Steam for whatever reason. Hello Games' Sean Murray had the following to say about the Game Pass debut of No Man’s Sky…

Almost two years ago, our small team at Hello Games brought No Man’s Sky to Xbox One for the first time and introduced Xbox One players to our infinite, procedurally-generated universe. […] Since then, we have seen countless travelers join together to survive, explore, trade and base-build together, never more so than when we released the Beyond update (our eighth major free update) in 2019.

Beyond significantly improved the multiplayer experience with, among other additions, the introduction of the Anomaly, a multiplayer hub which can be summoned at any point in space and from which a huge array of cooperative missions can be embarked upon for in-game rewards. Since then, we’ve continued to provide regular free updates to the game including the Living Ship update in February and the Exo-Mech update in April. And there’s plenty more to come.

It seems like a natural and timely step to announce today that next month, No Man’s Sky will come to Xbox Game Pass, opening up our universe of possibilities to over 10 million Xbox Game Pass members who are just about to start their journey with us.

For those who don’t do the Game Pass thing, No Man’s Sky is currently 50 percent off on Xbox One.

No Man’s Sky is available now on PC, Xbox One, and PS4.