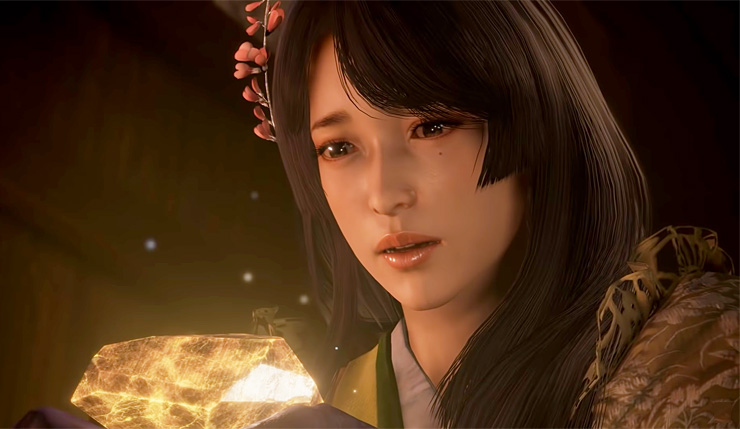 Nioh 2 is going to be a larger, more complex game than its predecessor, and that definitely extends to the game’s story. The original Nioh wove a fairly straightforward tale, but the sequel promises to have more characters, twists, turns, and intrigue. But don’t take my word for it, check out the new Nioh 2 story trailer, below.

Not entirely sure what was going on there? Hey, I don’t blame you. Here’s a bit more detail that should hopefully clarify things a bit:

Calamity strikes one day as our protagonist loses control of their own yokai power while battling against a ferocious fiend. However, the dire situation is remedied by a wandering merchant by the name of Toukichiro who sells strange “Spirit Stones” – magic-imbued artifacts that can help the wielder communicate with yokai spirits. Our demon hunter regains control of their demonic persona. From there on, the two decide to combine their abilities and set out together to find more of the powerful Spirit Stones, their quest being funded by an influential warlord to track down the artifacts to ensure they’re reserved for proper use.

Their mission is cut short by an attack from someone – or something – also seeking the stones. They escape thanks to the help of a yokai huntswoman named Mumyo, and the three find refuge in the Owari Province, eventually ending up in the service of the great Oda Nobunaga. But their future plans will be short-lived and they will once more come face to face with diabolical forces who also seek the remaining Spirit Stones. The stage is set for this epic saga of our half-breed yokai hunter, Hideyoshi.

Koei Tecmo has also shared some new details about their Nioh 2 DLC plans. There will be a Season Pass, with three story updates that will serve as a prequel to the main campaign. Each of these updates will include new missions, weapons, combat abilities, and characters. The Season Pass will be available on its own or as part of the Nioh 2 Digital Deluxe or physical Special Editions. Both the Digital Deluxe and Special Editions are available for pre-order now and will set you back $80. Standalone pricing for the Season Pass has yet to be revealed (expect it to be $25 to $30).