NIO (NYSE: NIO) Downgraded to a Sell Rating by Goldman Sachs on “Over-Optimism” 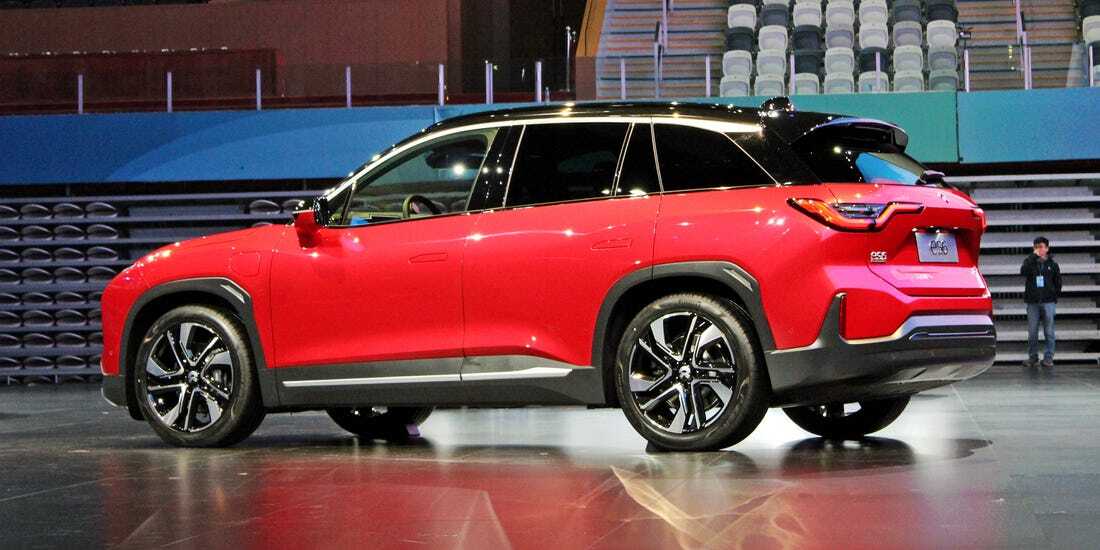 NIO (NYSE:NIO), the Chinese manufacturer of luxury EVs, can’t seem to catch a break this week. After striking a new all-time high of $14.98 last week, the stock has endured a somewhat bruising selloff, currently trading at $11.98 – a level that is over 20 percent below Friday’s zenith – as of 08:39 a.m. ET.

Of course, an investment note released by Goldman Sachs today is only adding to NIO’s woes. As an illustration, Goldman analyst Fei Fang downgraded NIO shares to a ‘Sell’ rating from a previous ‘Neutral’ designation while retaining a $7 price target for the stock. This target corresponds to a downside potential of a whopping 41.57 percent relative to the current pre-market price level.

The analyst cited the 89 percent rally in NIO shares over the past month as a major precursor to today’s downgrade, particularly as the upthrust was not accompanied by any substantial changes in volume or profit expectations. According to Fang, the current stock price level reflects “over-optimism” on the part of investors.

Over the long-term, however, Fang believes that NIO will continue to benefit from China’s “structural auto premiumization” and a secular trend that favors EV adoption. Moreover, NIO will also profit from the “scarcity of being China's first home-grown high-end passenger vehicle brand".

It should be noted that domestic EV brands remain substantially popular in China. A major factor contributing to this trend is the predominance of New Energy Vehicles (NEV) retailing in China for less than $45,000. This segment is one where Tesla has only a limited ability to compete right now. However, Tesla is trying to cut the production cost of its built-in-China Model 3 which may, at some point in the future, start undercutting local manufacturers. As startups like NIO and Byton focus on the high-end EV market, they remain much more vulnerable to Tesla’s stratagems.

In our post yesterday, we noted that no material news flow was driving the current downturn in NIO’s stock. However, we did postulate that a number of underlying factors may be partially to blame for the recent stock moves. Firstly, NIO bulls might be cashing some of their gains after a historic run over the last couple of weeks. As an illustration, since the 22nd of May, NIO shares have registered a cumulative gain of 266 percent relative to the current pre-market level. As we reported previously, this epic surge has naturally stretched NIO’s valuation metrics with respect to its peers. As an illustration, Tesla (NASDAQ:TSLA) is currently trading at a trailing 12-month Price/Sales multiple of 10.7x. NIO, on the other hand, boasts of a trailing 12-month Price/Sales multiple of 14.3x. While it is true that the entire EV space has been ramping up lately, NIO’s surge over the past couple of weeks, however, is still an outlier.

Moreover, Tesla’s recent aggressive moves in China may be pressuring NIO shares as well. For instance, on the 12th of July, Tesla slashed the starting price of its Model Y crossover by $3,000. This follows another broad-based cut in May when the EV giant slashed $5,000 from Model S and X and $2,000 off its Model 3. Furthermore, reports emerged on the 14th of July that Tesla VP, Tao Lin, met officials from a district in the city of Chongqing in southwestern China to deliberate on expediting certain projects. While officials were quick to point out that the ensuing cooperation may be limited to the establishment of sales and maintenance centers rather than the construction of factories, the development does highlight Tesla’s growing roots in the world’s largest EV market. This developing paradigm will obviously place NIO’s offerings in a much more competitive environment.