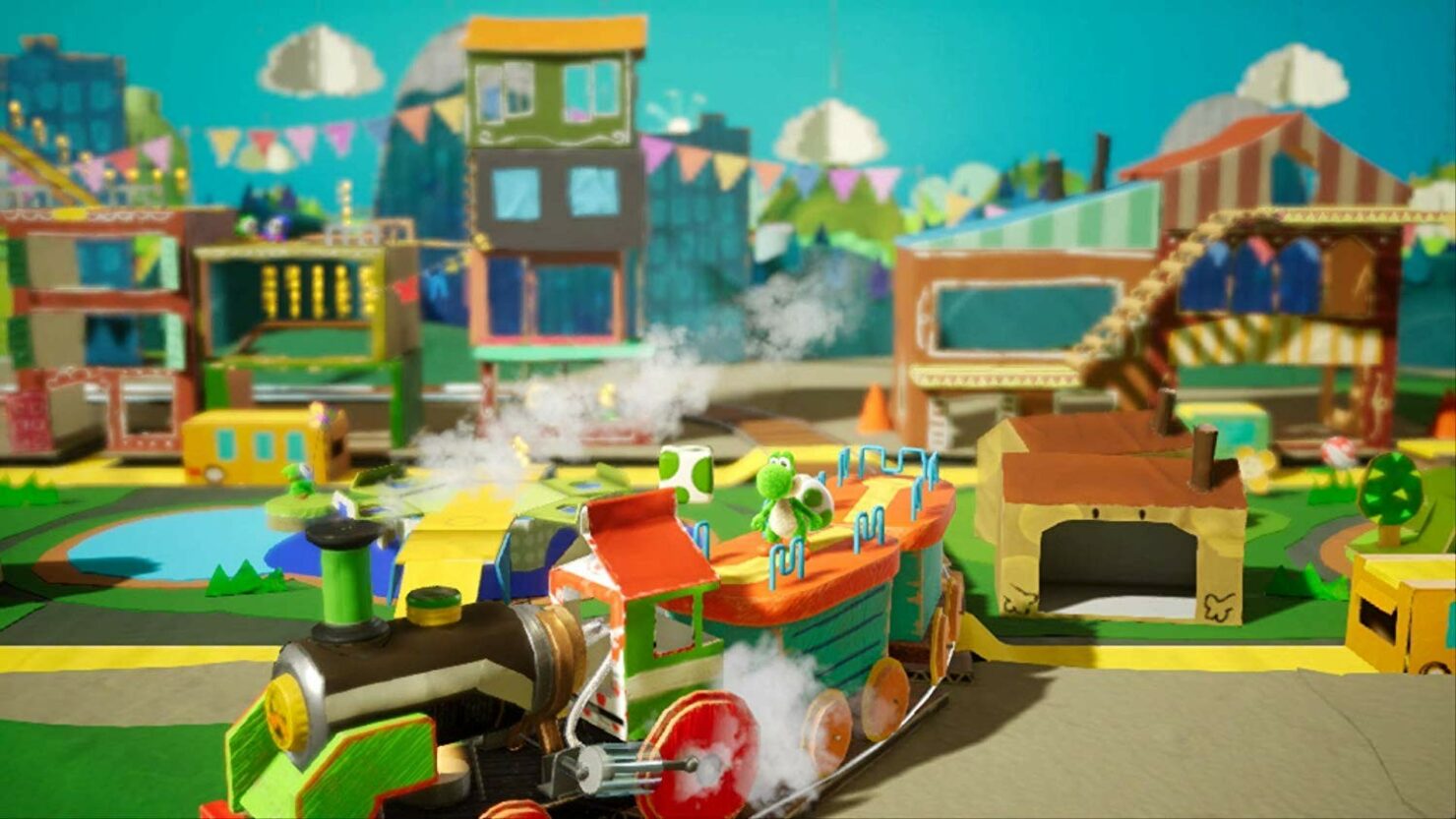 The platform game developed by Good-Feel, the team behind two other creative games starring Nintendo characters - Yoshi's Wooly World and Kirby's Epic Yarn, will be released on March 29th. The game is also available for pre-order on the eShop in all regions.

Yoshi's Crafted World will allow players to explore a diorama-like world make of boxes and paper cups. Each stage will have the traditional front side as well as a flip side featuring a variety of surprises.

Lead Yoshi on a brand new Nintendo Switch adventure that will turn everything you’ve come to expect from side-scrolling games upside down!

Explore a diorama-like world made of stuff like boxes and paper cups, where each side-scrolling stage has the traditional front side as well as a flip side with different views and surprises.

Many unusual obstacles litter the landscape, and a well-placed egg could open up new pathways! Explore every nook and cranny to track down hidden collectibles throughout the stage as Yoshi heads to the goal. You can even join up with a friend in two-player co-operative action by passing them a Joy-Con controller!