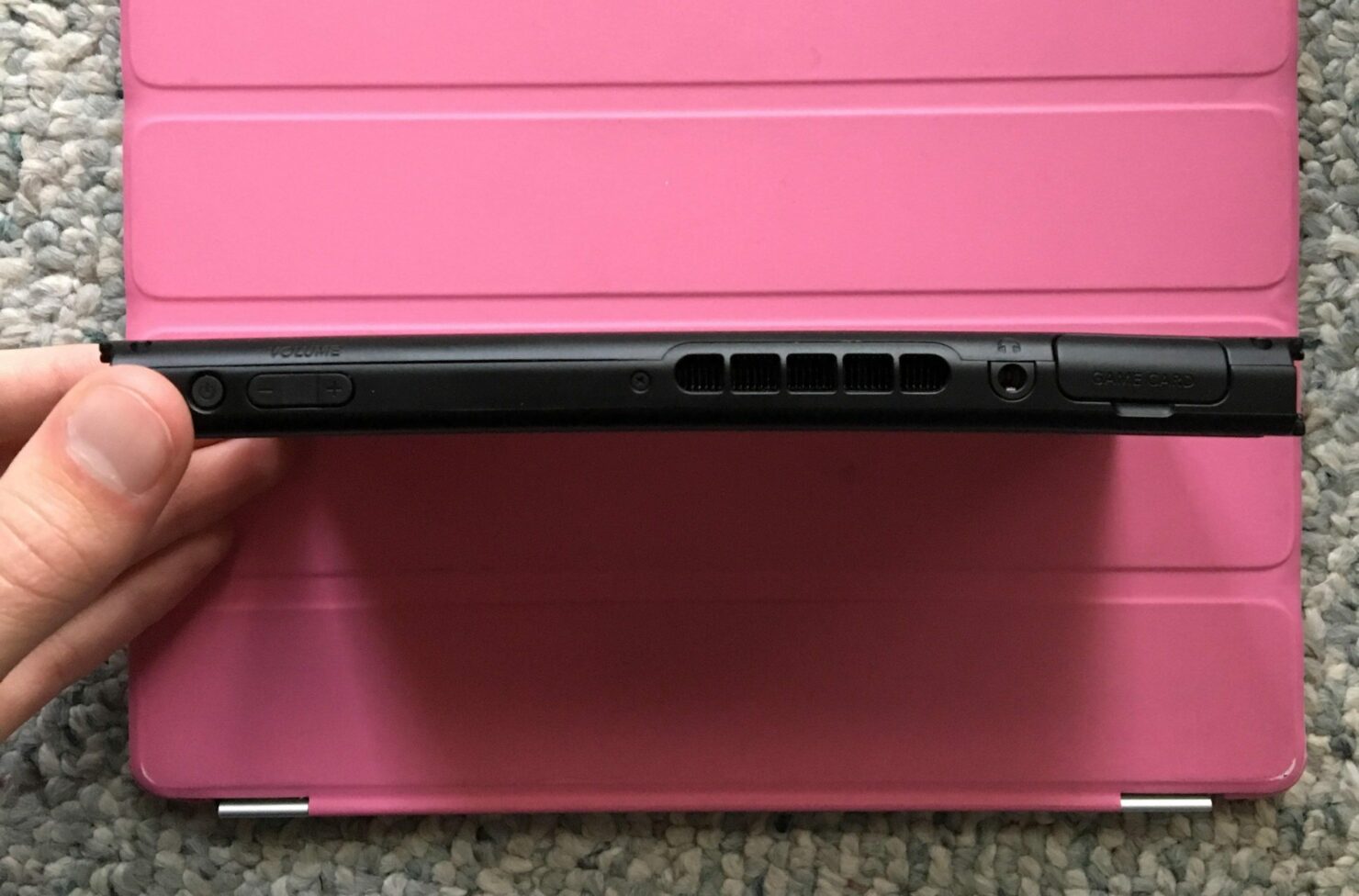 Nintendo’s new platform, the Nintendo Switch, is reportedly starting to warp after having being used in docked TV mode.

At least, that what a Switch user has been reporting on Reddit over the weekend. Last week, several players also reporting slight bending issues on the NEOGAF forums. Down below you'll find two images of the slightly 'warped' Switch that NEOGAF user 'Jokir' posted recently:

Reddit user _NSR reports that Nintendo’s new hybrid platform started to warp after having played Zelda Breath of the Wild in docked more for about 40-50 hours. While it doesn’t seem to affect the way that the Switch plays, the Reddit user writes that the Switch does get "very hot", which might indicate that the additional power used while in docked mode causes the system to generate more heat.

"It does get very hot, considering how small the system is and it is outputting breath of the wild for long periods of time on a big screen, it may be too much for it to handle", Reddit user _NSR wrote.

The Switch is in question appears to have been well ventilated with "plenty of breathing space".

As said, more players are reporting slight bending issues, but in the same thread, users share to haven’t had any bending issue although having played more than 150+ hours in docked TV mode.

“I've played 150 hrs of Botw in exclusively docked mode. My room is also quite warm due to a boiler heating system in my house. My switch has had no problems in any way. You definitely have a faulty system. Send it in for repair with Nintendo. They'll send you a new switch and transfer all your data to it”, a Reddit user writes.

Whether this Switch warping issue is widespread is unknown at this point, but it’s more likely that some players have received flawed Switch’s. We reviewed Nintendo's new hybrid platform, but haven't experienced 'bending' or 'warping' issues so far.