Like previous Switch updates, the update aims to enhance the user’s experience by improving the platform’s general stability. In addition, the 3.0.1 update fixes a battery power display issue which caused the remaining battery charge to be displayed inaccurate.

In most situations, the Nintendo Switch will automatically download the most recent system update while it is connected online. You can verify your current menu version and manually start the update from the System Settings menu if necessary.

If you are unable to perform the system update, restart your console and try again. 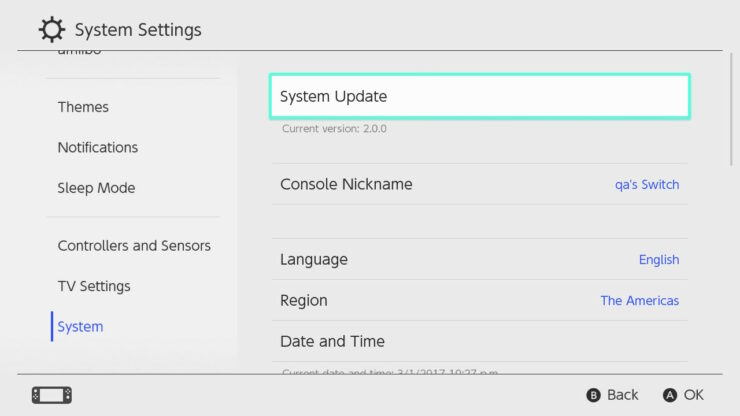 The Nintendo Switch was released back in March of this year, and the platform has been selling amazingly well. As covered earlier this month, Nintendo has reported that more than 4.7 million Switch units have been sold since its launch as of June 30.