DeNA announced with a press release that the Japanese mobile giant and Nintendo entered a business and capital alliance to: 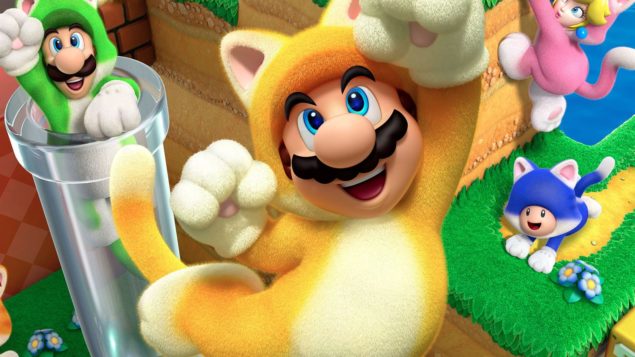 Leveraging the strength of Nintendo’s intellectual property (IP) and game development skills in combination with DeNA’s world-class expertise in mobile games, both companies will develop and operate new game apps based on Nintendo’s IP, including its iconic game characters, for smart devices. The alliance is intended to complement Nintendo’s dedicated video game systems business and extend Nintendo’s reach into the vast market of smart device users worldwide. Under the alliance, DeNA will also be able to strengthen its gaming business at a global scale by leveraging Nintendo’s IP. To ensure the quality of game experience that consumers expect from this alliance of Nintendo and DeNA, only new original games optimized for smart device functionality will be created, rather than porting games created specifically for the Wii U home console or the Nintendo 3DS portable system.

All of Nintendo's IPs are eligible for mobile development

The press release clarifies that all of Nintendo's IPs will be eligible for development on mobile. These will enable a wider audience to enjoy and be introduced to Nintendo's games and IPs, and potentially expand the company's base when new adopters might to switch to Nintendo'd dedicated platforms.

The online membership will span mobile, PC and nintendo platforms and will launch this fall. As part of the alliance Nintendo will purchase 10% of DenA's stock, while DeNA will acquire 1.24% of Nintendo's stock.

The move to mobile has been long requested by the company's investors, and will begin later this year when the first game apps are released. Nintendo and DenA will work together on a new membership service, that replaces Club Nintendo, and will work across PC, mobile, tablet, 3DS, Wii U and the upcoming NX, a new dedicated system that Nintendo also announced.

More information on the Nintendo NX will be revealed next year, Iwata said.

"The new membership service will include multiple devices and create a connection between Nintendo and each individual consumer regardless of the device the consumer uses. This membership will form one of the core elements of the new Nintendo platform [NX] that I just mentioned." 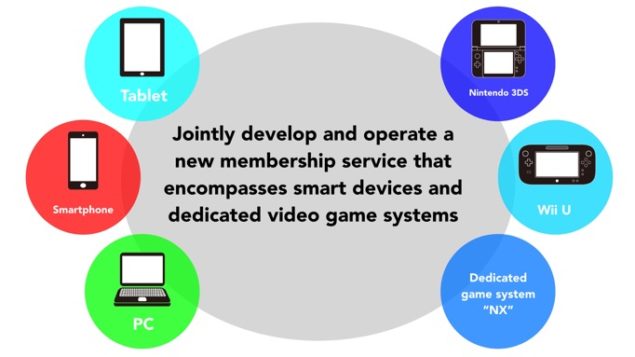 The company has mentioned previously that it wants to use mobile platforms to help raise awareness of its own franchises. Nintendo's president, Satoru Iwata, confirmed that Nintendo is not considering ports of existing games, but rather new experiences developed for and more suited to mobile devices.

Nintendo has said for a while that it wants to use mobile platforms to raise awareness of its own franchises.

"We are challenging ourselves to redefine what Nintendo platform means," Iwata concluded. "We aim to achieve this goal as soon as possible.

"We hope to have output ready to show later this year."

Since all of Nintendo IP is eligible for development and exploration by the alliance, it means we could see mobile versions of properties such as Mario, Pikmin, Star Fox, Zelda, F-Zero, Metroid, Pokémon and many more. This could certainly excite many Nintendo fans as well as introduce all these amazing franchises to a whole new audience.

Regarding the NX, it's hard to tell exactly what it is, but on Nintendo's official website, it's described as a "dedicated game system", which could suggest a home console of some kind. It was mentioned that more information will be revealed next year.

As proof that Nintendo maintains strong enthusiasm for the dedicated game system business, let me confirm that Nintendo is currently developing a dedicated game platform with a brand-new concept under the development codename "NX". It is too early to elaborate on the details of this project, but we hope to share more information with you next year.

There are two facts though, indicating that information on a new system from Nintendo might be coming sooner, as I have already mentioned a while back. AMD has announced that it's preparing GPUs for a big hardware manufacturer, and that they will provide components for both a console and a portable device. Nintendo will be hosting a press conference at E3 2015, and considering that the company has been absent from the event for some time, it could suggest that they are announcing something big.

NX could very well be a codename for Nintendo X, a platform that will combine both console and handheld, or mobile device, which will help the company build the bridge over its dedicated devices and mobile platforms.

We will bring you any new information regarding Nintendo's foray into the mobile gaming space, as well as any new platforms as soon as it becomes available.