GameStop Italy have listed The Legend of Zelda Wii U, with a spring 2015 release, by a box art display. The cover for the game says "Primavera 2015" which translates to Spring 2015. Although, it could just be a placeholder for the Nintendo title, it could be really exciting as well as extremely beneficial to Nintendo if it were actually true. 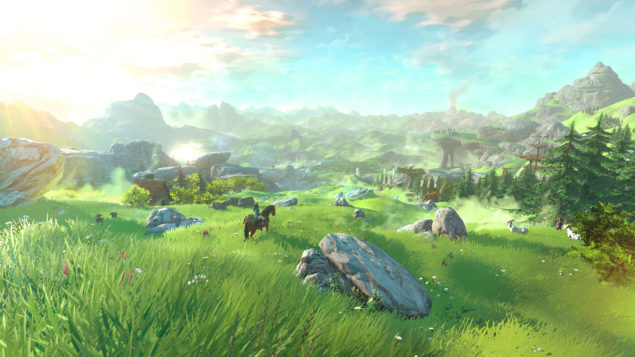 Releasing The Legend of Zelda,  during Spring would ensure that Nintendo, avoids Sony's and Microsoft big hitters that are coming out in the Fall of 2015. Uncharted 4: A Thief's End and Halo 5: Guardians are both confirmed to be released in that time.

The Legend of Zelda, has been one of Nintendo's most iconic and successful franchises, and includes some of the most highly acclaimed titles in the world of video games. The series as of 2011, has sold over 67 million copies. The Legend of Zelda games feature a mixture of puzzles, action, adventure/battle gameplay, and exploration. These elements have remained constant throughout the series, but with refinements and additions featured in each new game. 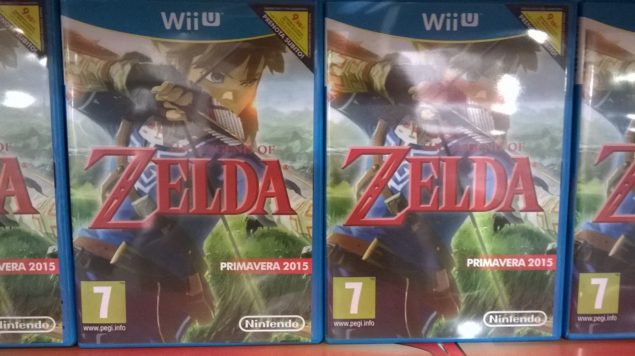 Nintendo is having a live press conference at E3 2015

There have been rumors, that Nintendo, would be having a live press conference this year at E3. The official log for E3 exhibitors does indeed confirm Nintendo for a theater as well as three booths. For the past two years Nintendo have been absent from the Electronic Entertainment Expo, having their own Nintendo Direct live stream, during the time of the event. Reggie Fils-Aime, president of Nintendo of America has previously reported:

“We think the best way to bring our message to the fans, to the larger community, is to create an event, to create something that we believe has all of the little Nintendo magic and pixie dust, and communicate that directly.”

Nintendo, have not yet revealed any information of what they have in store for their E3 conference, but we were aware of two big titles, releasing from Nintendo, The Legend of Zelda and Starfox both for the Wii U. With the possibility of the Legend of Zelda, being released for the Wii U, prior to the E3 event, it begs the question, what is Nintendo planning for the E3 live conference.

This brings us to my belief that Nintendo, will indeed be announcing a new console, and/or a new handheld. Closing in to its third year since release, the Wii U console has seen lackluster success, with a much smaller install base than the much recently released PlayStation 4 and Xbox One consoles. The Sony and Microsoft platforms feature much stronger hardware, with the Wii U being more comparable to the last generation of consoles rather than the current one.

Nintendo has been known to have one of the greatest and highest quality line-ups of first party titles in the industry. Although with the gaming public wanting a console that will play the latest releases of the most popular series, such as Call of Duty, Grand Theft Auto, as well as the annual sports titles, with the most cutting edge graphics available, Nintendo's console falls a bit short.

Nintendo have already hinted that they are working on a new console, and with AMD reporting that they are preparing a GPU for a big console manufacturer, it certainly points towards Nintendo's direction. The Legend of Zelda is probably Nintendo's most beloved franchise, alongside Mario, so having the former being released sooner for the Wii U, ensures both support for the older console, as well as enough time to build up anticipation towards the E3 conference.

Nintendo could be announcing a new console at this year's E3, with a possible Holiday 2016 release or an early 2017 launch. With both Sony's and Microsoft's consoles being relatively underpowered, compared to today's PC hardware, it won't be hard for Nintendo to outperform its competitors' offerings with a much more powerful console, that could still be quite affordable. This could give Nintendo, a technical advantage for about 2-4 years, depending on the potential life cycle of the current-gen consoles.

Nintendo's Shigeru Miyamoto, mentioned that they are looking into bringing the Mario franchise in new ways for the next Nintendo console, so this could potentially mean that Mario could make a big return as a launch title for the new system. Regardless of what Nintendo have in store for us, we will bring you any new information regarding The Legend of Zelda for the Wii U, as well as any additional Nintendo news, as soon as they become available.