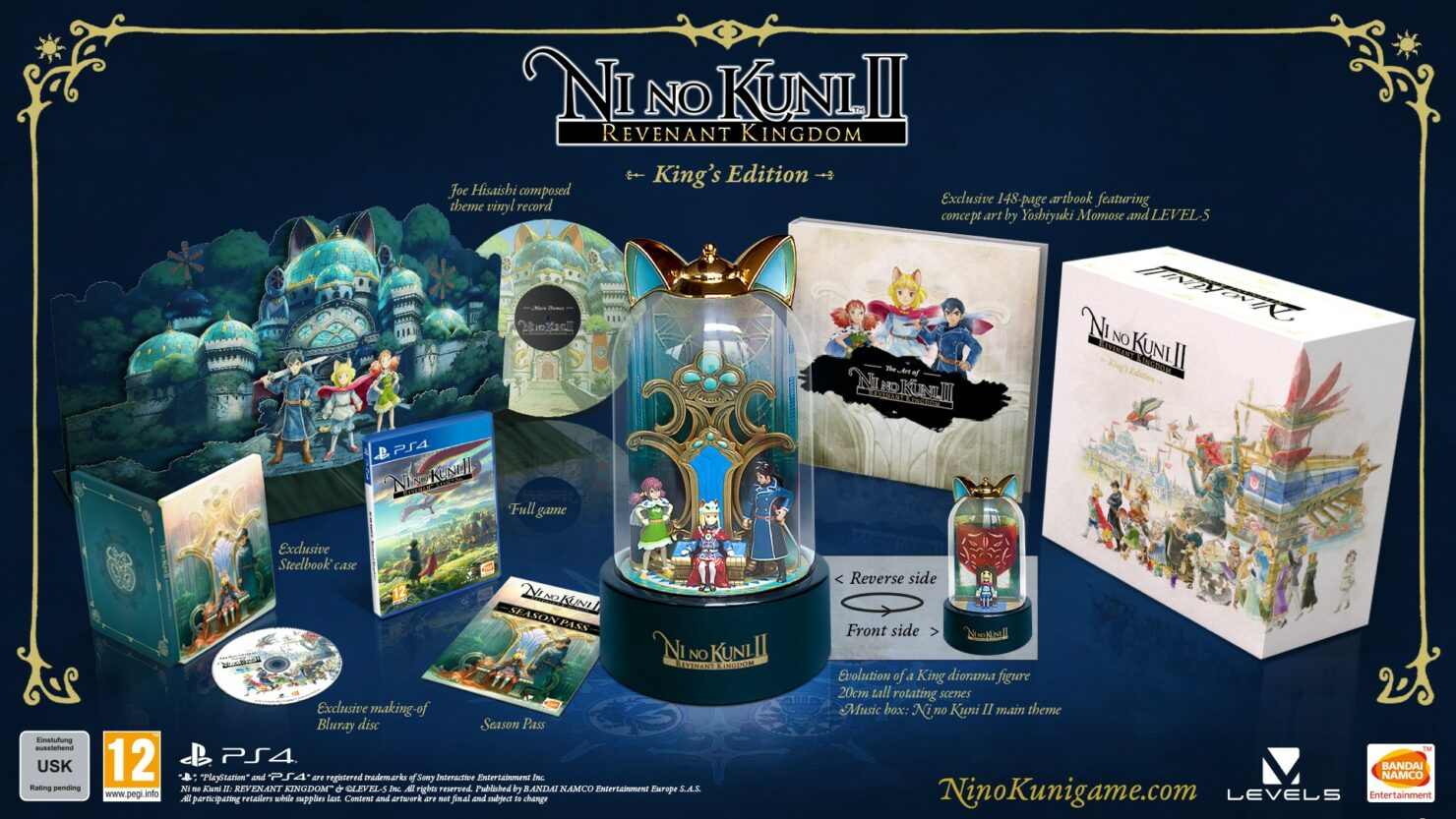 Those who will make the pre-order for the game will receive a free set of 5 special swords (from the retailers involved in the initiative). The Season Pass included in the Prince's Edition and King's Edition will feature 2 additional contents and can be purchased separately at a cost of €20.00.

The title will feature many new features compared the first Ni no Kuni. That's because the developers believe in changing both setting and features when making a sequel, rather than keeping everything as is.

Ni no Kuni II: Revenant Kingdom will be available on PlayStation 4 and PC on January 19th, 2018.